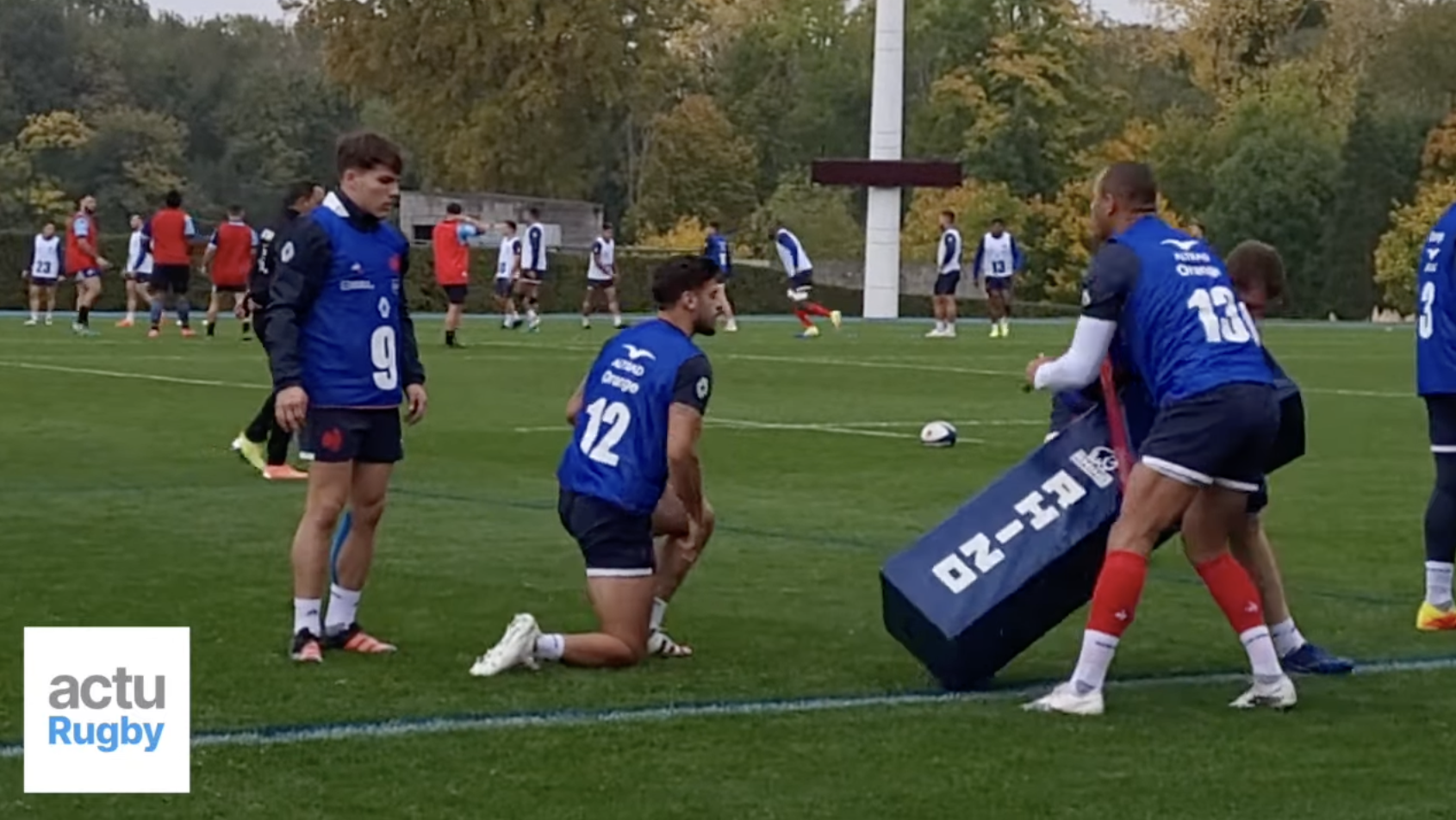 One of the biggest question marks hanging over France, and the biggest problem head coach Fabien Galthie faces going into their autumn campaign is who starts at fly-half.

Both Romain Ntamack and Matthieu Jalibert have staked very convincing claims to wear the blue No10 jersey this season for their clubs, Toulouse and Bordeaux Begles respectively, on top of their good form over the past 18 months.

Playing the two alongside each other was always an option for France, as Ntamack is just as comfortable at inside centre, and this video may provide some clarity. Of course, nothing is confirmed, but the other players wearing a blue bib looked close to being their first XV- largely because Antoine Dupont was also wearing one, and there are very few things more certain in the game at the moment than the fact that the scrum-half will start in France’s biggest games.

France get their autumn underway this Saturday against Argentina, and it is likely that they will name close to their strongest XV. There may be changes the week later for the visit from Georgia, where Galthie may experiment more, but he will want to know what his strongest side is for the week after that when Les Bleus take on the All Blacks. This video perhaps provides the first glimpse as to what the team will look like against the world number ones. That match will also serve as a warm up for their pool stage match at the 2023 World Cup in France.