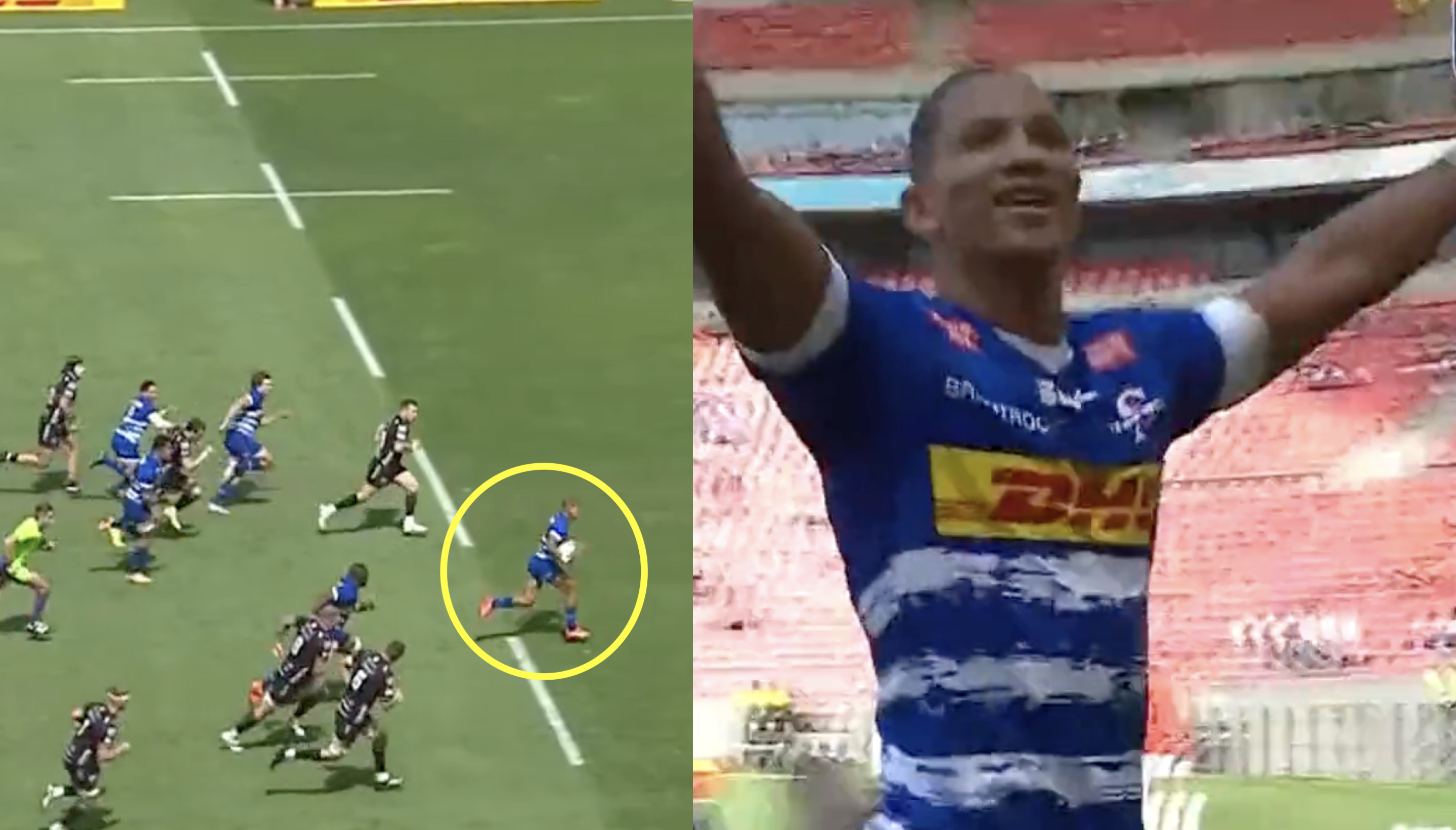 The calls for Manie Libbok to start for the Springboks will only intensify from now on after his exploits against the Dragons today.

Fresh from the Autumn Nation Series where he made his South Africa debut, the fly-half returned to the Stormers in the United Rugby Championship clearly hellbent on securing that Bok No10 shirt. The try he scored from his own half in the opening forty minutes only boosted those chances, as he glided through the Dragons’ defence.

Not only does Libbok have a trusty kicking game, but it is this attacking aspect of his game that makes him popular among Bok fans. Of course, Damian Willemse poses a similar threat but does not have the reliable boot that Libbok has, which South Africa found out over the autumn.

Have you seen a more delicious try this season? 🤔

Stormers head coach John Dobson said before the match: “We know that the people of Gqeberha have plenty of passion for our team, so we can’t wait to get out there and experience thE atmosphere at the Nelson Mandela Bay Stadium.

“There have been a number of changes and we are excited to see how the players coming in make an impact on Saturday.”