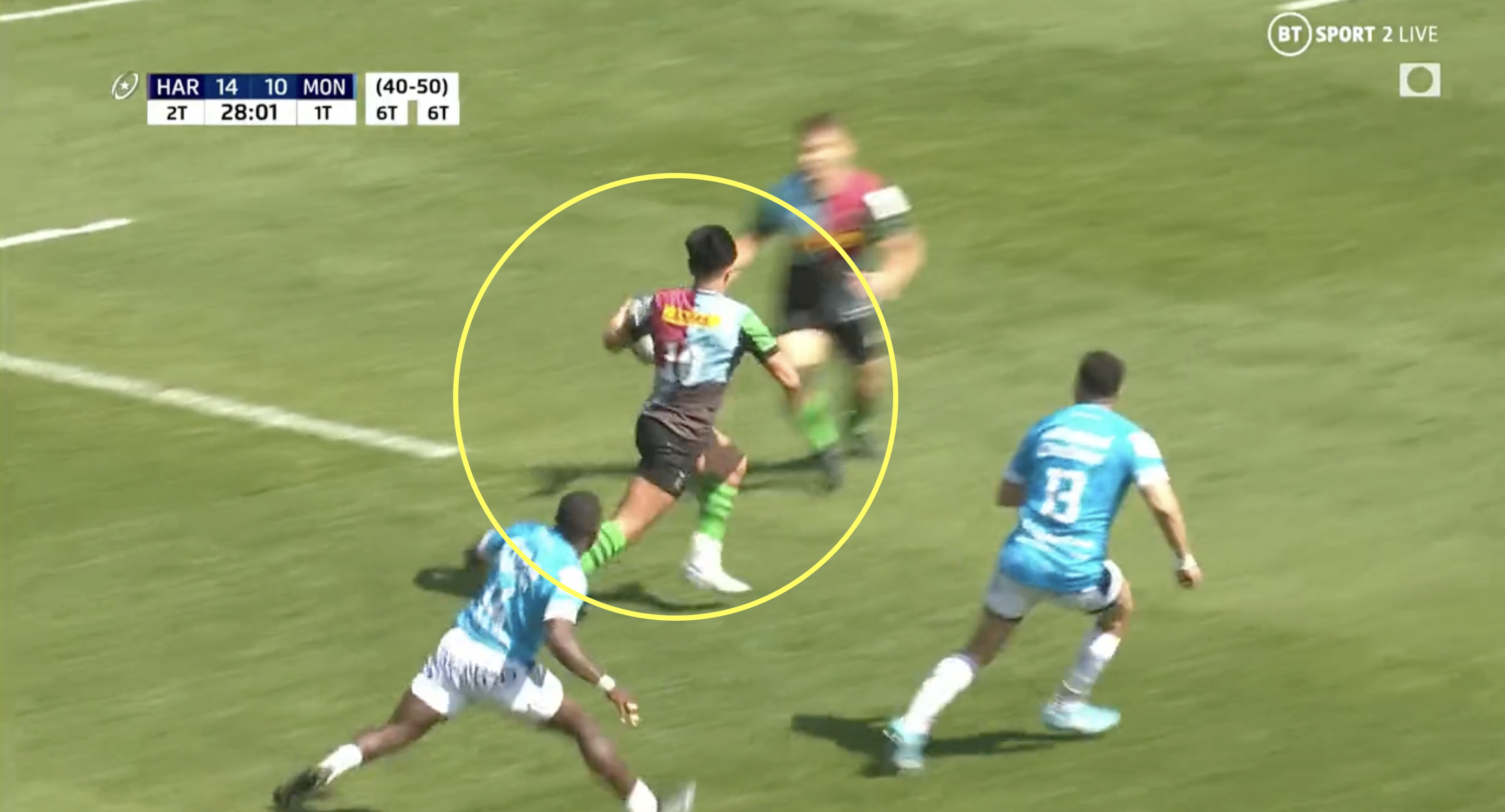 Harlequins scored the try of the year, if not the decade today in the Heineken Champions Cup against Montpellier at the Stoop.

This was simply rugby perfection, starting from Danny Care keeping a Montpellier kick off in play. From there, the ball bobbled to Marcus Smith in his own 22, who produced some of the most scintillating individual play you will see this season. A dummy switch opened a gap, which the 23-year-old glided through and just kept on going until his 10 metre line. A perfect pass to Cadan Murley allowed Quins to storm down the field before the pass was made to Joe Marchant to run in for the try.

This was rugby poetry, that much of the Gallagher Premiership has come accustomed to from Quins.

Needing to overturn a 14-point deficit from last week, Quins’ scrum coach Adam Jones said before the match: “I think if you look back at our results over the last 18 months or so it’s clear to see that it’s never over. The first-half performance wasn’t good enough, but to be only fourteen points down overall with the score being 34 – 0 after 50 minutes is not too bad. Montpellier probably felt they needed more of a 21 point lead so I’m sure they’ll be a bit frustrated, but we know they are still going to be tough opponents back at The Stoop.

“We know we’re only at half-time in the tie due to the new format in the Last 16 stages of Europe, but it’s up to us to reduce the deficit and we can’t afford to make the mistakes that we made in the first 40 out in Montpellier last weekend.”

WHAT A BEAUTIFUL TRY!! 😍

Excellent work from Danny Care to keep it in, then Marcus Smith sets off like a rocket! Playing in Cadan Murley who plays in Joe Marchant for the try! 🔥