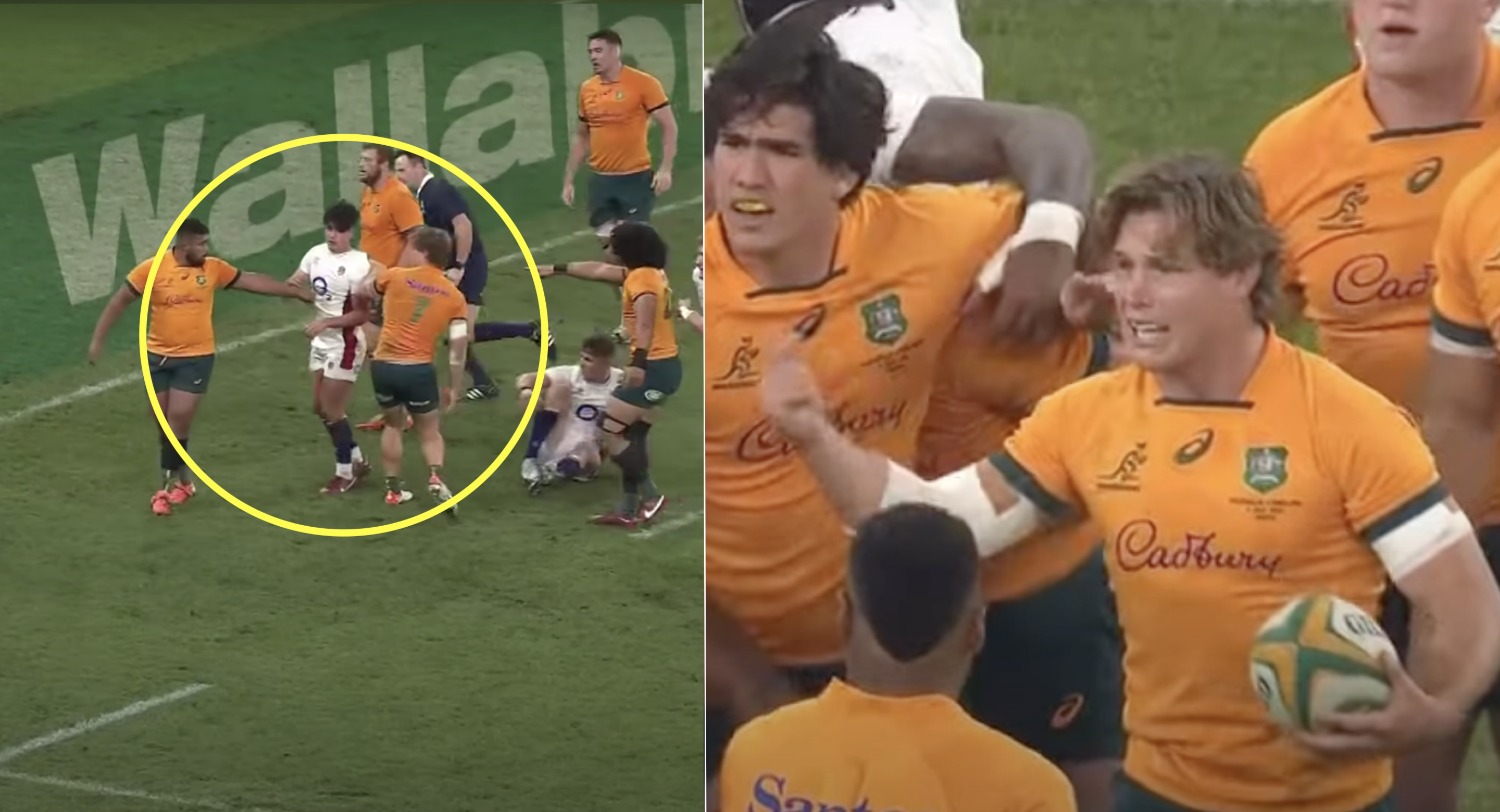 England fly-half Marcus Smith could have fooled anyone into thinking he was a world class openside flanker on Saturday against the Wallabies in Perth.

The 23-year-old showed that he is a master of the dark arts in rugby, getting one over than none other than Wallabies captain and 118 cap openside veteran Michael Hooper. The moment came in the last play of the game, when England scrum-half Jack van Poortvliet dotted over for a consolation try for his country.

But the Leicester Tigers No9 might have wondered why he found it so easy to sneak around the edge of the ruck. Well the simple answer is that Smith actually dragged hold of Hooper’s shirt from within the ruck once his teammate had picked up the ball, which is of course highly illegal. This is the incriminating image, which clearly shows the Harlequin obstructing Smith: 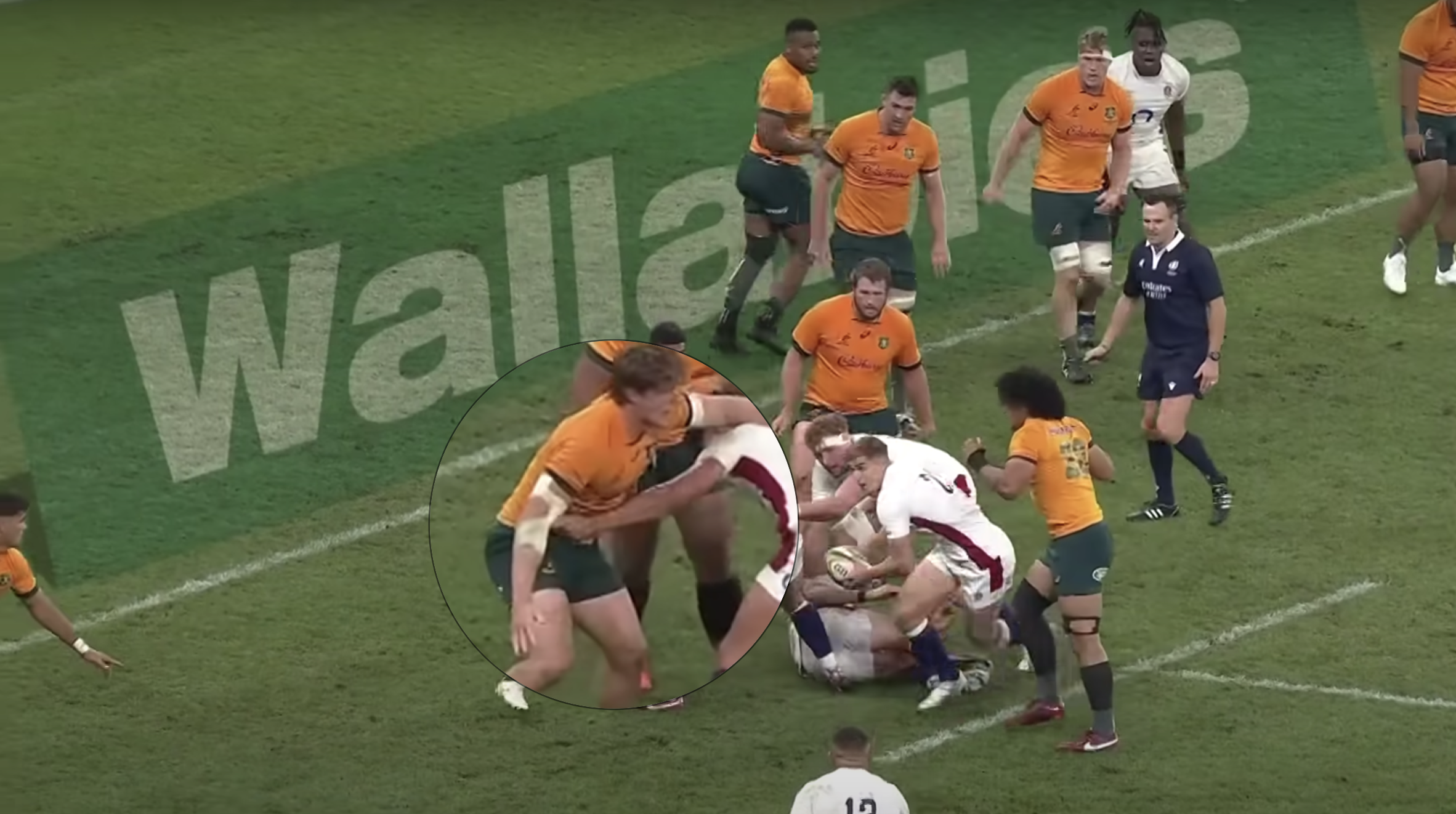 Hooper, Folau Fainga’a and Peter Samu were all seen protesting to the referee as soon as van Poortvliet shot around the ruck, but referee James Doleman awarded the try anyway. This perhaps goes against Eddie Jones’ theory that the referee favoured the Wallabies after sending off Darcy Swain in the first half.

This try might have got van Poortvliet into Jones’ good books though, as he is set to start in the No9 shirt tomorrow in Brisbane. Meanwhile, Smith starts at fly-half rather than moving to No7 to replace Tom Curry.