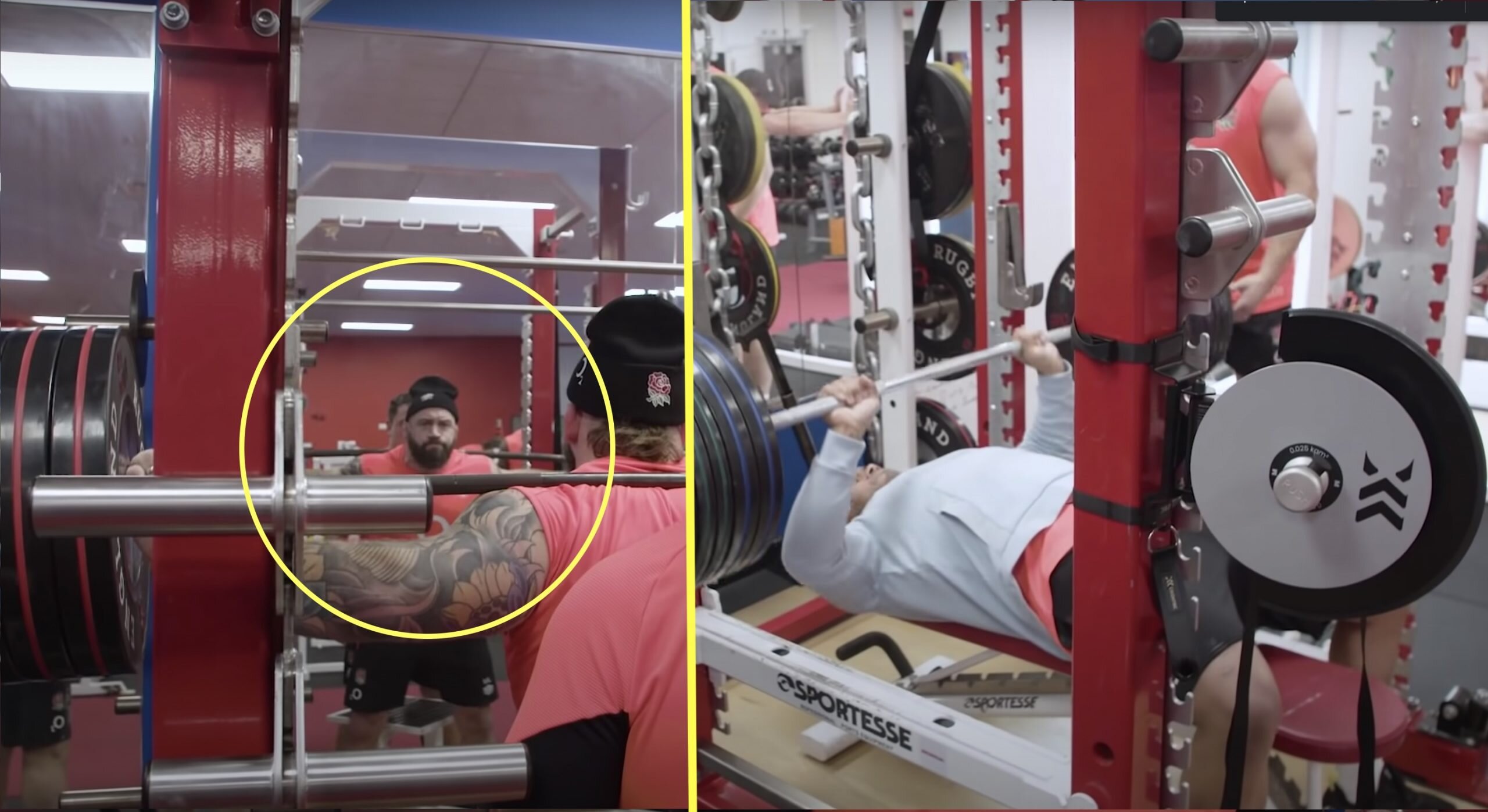 England fans got a glimpse of front rows Joe Marler and Kyle Sinckler absolutely smashing a gym session this week in the latest episode of 02 Inside Line- The Next Level.

Loosehead Marler showed his strength at the squat rack while his tighthead companion was busy with the bench press, both posting some impressive numbers. The Harlequins man was repping 220kg squats while the Bristol Bears man was repping 160kg, and both looked as though they had plenty in the tank.

The video immediately cut to Ben Youngs benching the bar for reps, a whole 140kg lighter than Sinckler.

Despite his efforts at the squat rack, Marler was not actually retained in England’s 25-man training squad this week as the team prepare for Wales next weekend at Twickenham in the Six Nations. Bevan Rodd is the other loosehead in the squad alongside Ellis Genge.

Uncapped loose forward duo Alfie Barbeary and Tom Pearson, from Wasps and London Irish respectively, have also been retained in Eddie Jones’ squad as England hope to build upon their win over Italy in Rome on Sunday.