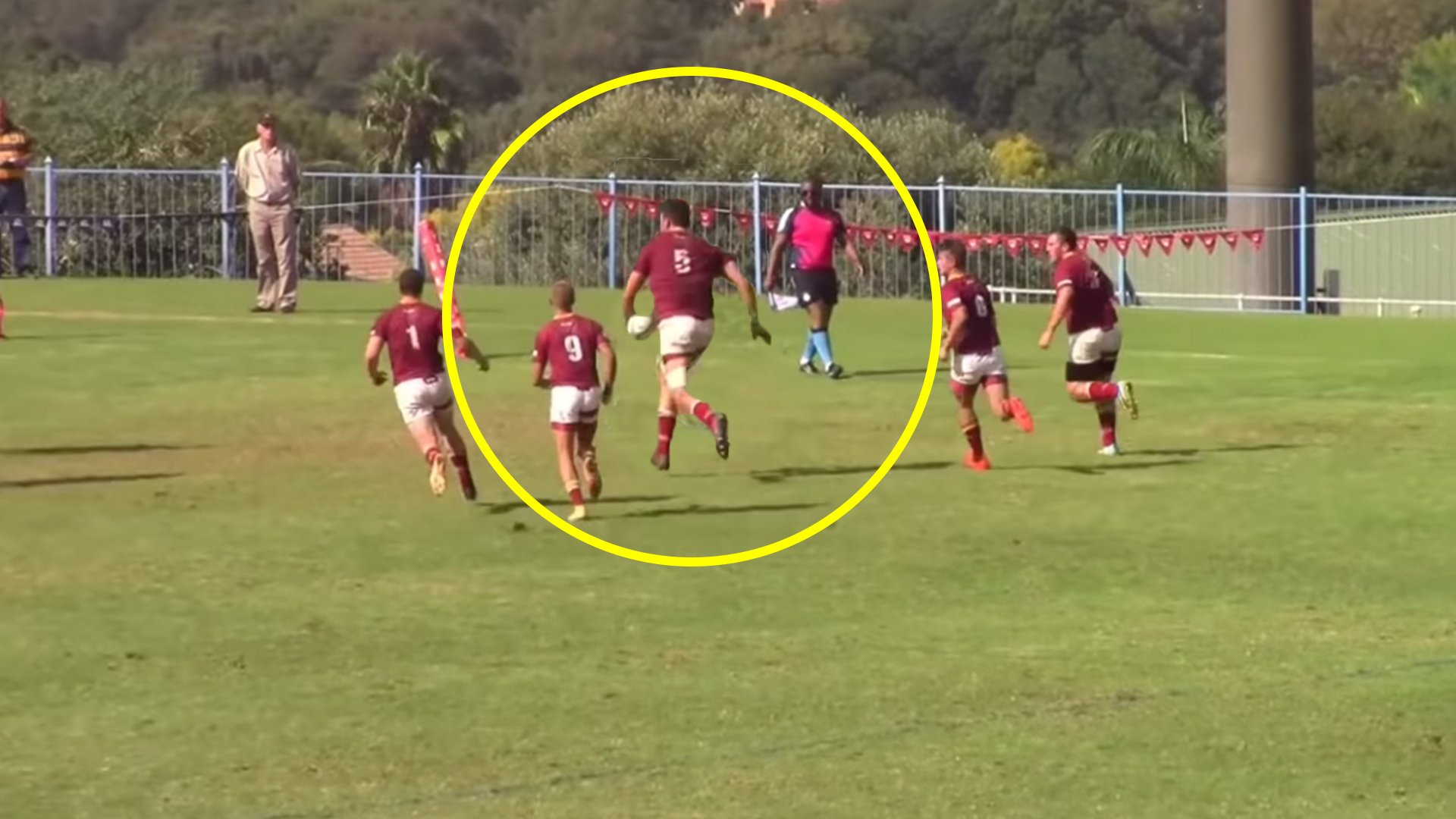 A 6’8 teenager weighing in at 115kg is going viral on YouTube with his destructive highlight reel.

The youngster named Jason Nel has a highlight reel online which has already amassed 120,000 views in just 2 weeks. The size of the man at just 18 years of age has surprised many people.

He has recently signed for Pro D2 outfit Perpignan and there is a massive interest growing in the youngster there due to to the fact that he has a serious turn of pace to accompany his height and effectiveness in the lineout.

See what the hype is about by watching this highlights reel of Nel in action for @HSWesvalia. https://t.co/aaa0Mjobin pic.twitter.com/if5Wf1OALe

In South Africa, there was a real feeling of sadness that this young talent went abroad to Europe as there is the real possibility that Nel could take French citizenship if he lives in the country for many years.

An example of this can be seen in 30-year-old French lock Bernard Le Roux. Le Roux was born in Western Cape but spent the majority of his playing career playing in France meaning that he residency went to the latter nation.

This could certainly be the case here and South Africans will be hoping that he returns to the Rainbow nation as soon as possible.

South Africa currently is at no shortage in the lock position, with Eben Etzebeth, Lood de Jager, Franco Mostert and other second rows filling that position quite comfortably at the time.

The 18-year-old supposedly has just arrived in France and will be playing there now for the foreseeable future.

Here is the highlight reel for the youngster and it’s seriously impressive, what we noticed was just how good his hands were for someone his size.

Normally the big lads like this aren’t the best with their skillset and instead just resort to running hard and that’s that so this was very impressive to see.