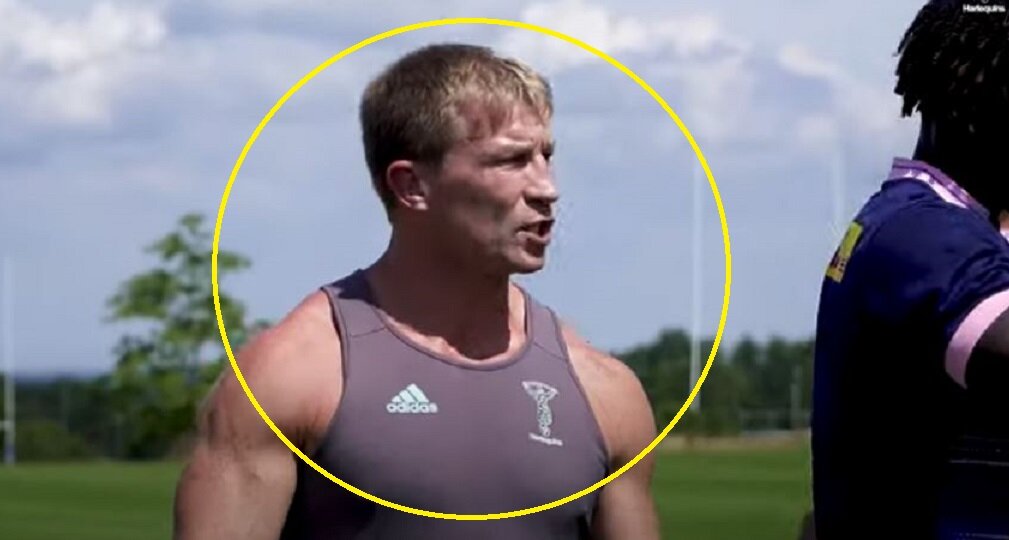 In a new Harlequins video, Jerry Flannery and Adam Jones are mic’d up during a team training session as their pre-season preparations continue.

Flannery, who is actually 42, looks like he could still be playing. The former Munster and Ireland hooker retired nine years ago in 2021 after failing to overcome a persistent calf injury, if we recall correctly.

Anyway, he looks in great nick in this video, which presumably sets a fantastic standard for the players at Harlequins to live up to.

After hanging up his playing boots, the former hooker turned his hand to coaching, first as a strength and conditioning coach with Premier League football team Arsenal from 2013-14 before being recruited as Munster’s scrum coach by the late Axel Foley in 2014, going on to become the Irish province’s forwards coach in 2017 before leaving his former club.