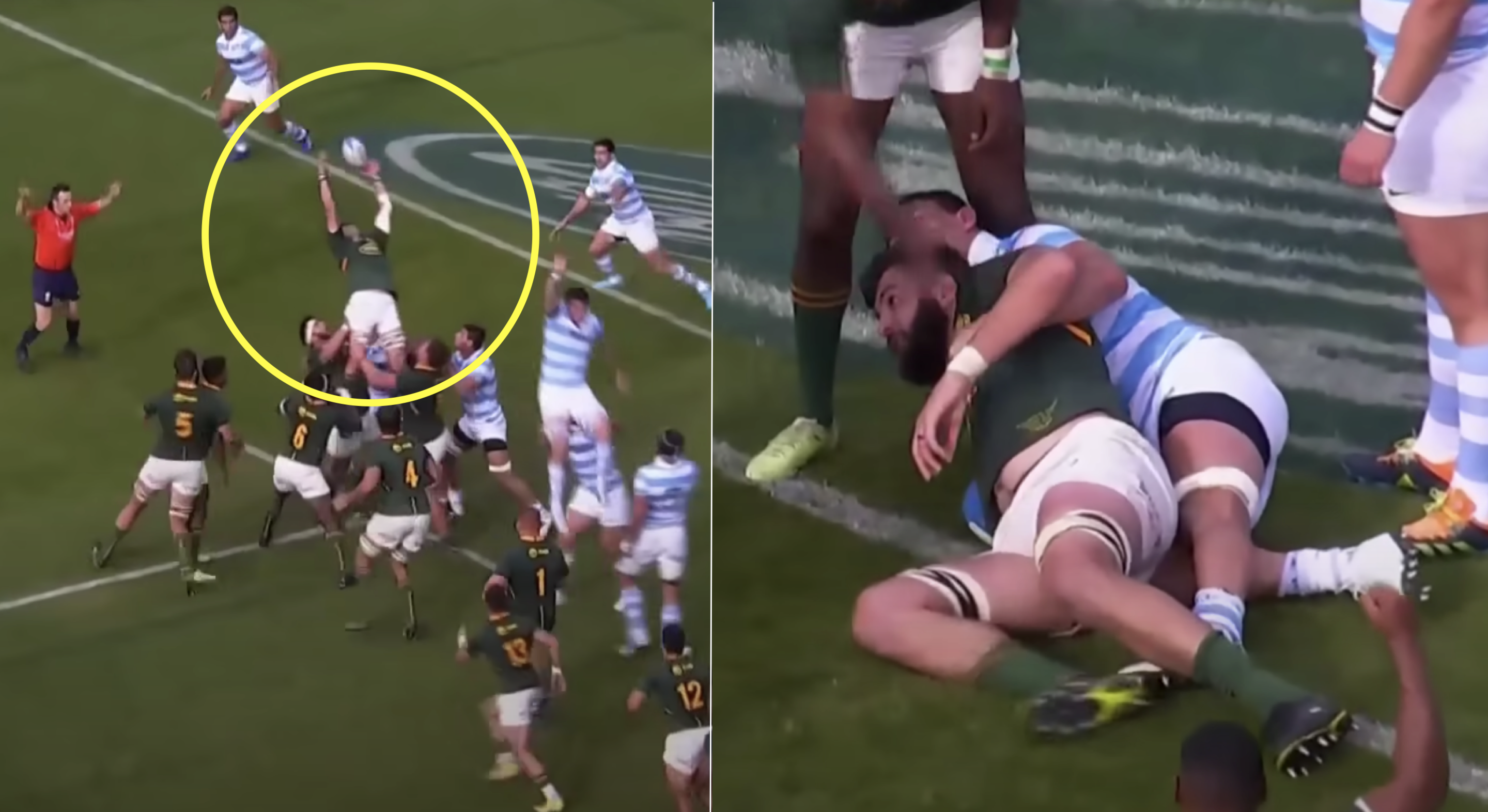 When South Africa went over for a try in the final play before half time against Argentina in Buenos Aires on Saturday, it looked like the game was all wrapped up. Already leading 22-6, that would probably have made the score 29-6, which would have been insurmountable. Instead, the Pumas mounted quite a comeback in the second half, albeit to still lose.

TAS Analytics has since shared a video online questioning whether the try should have stood. The video shares what the referee James Doleman had said to his TMO before disallowing the try: “I’ve seen enough to make a decision based on that. The players has initially gone up with the hands and it’s gone forward off him. Because he then needs to regather the ball, which he does not, it’s then lost forward. So we’re going to go no try, lost forward.”

But the video also says that nowhere in the rugby laws does it stipulate what happens if a player knocks it forwards and then backwards without regathering the ball. World Rugby say: “Knock-on: When a player loses possession of the ball and it goes forward, or when a player hits the ball forward with the hand or arm, or when the ball hits the hand or arm and goes forward, and the ball touches the ground or another player before the original player can catch it.”

This has left people wondering whether the try should actually have stood or not.