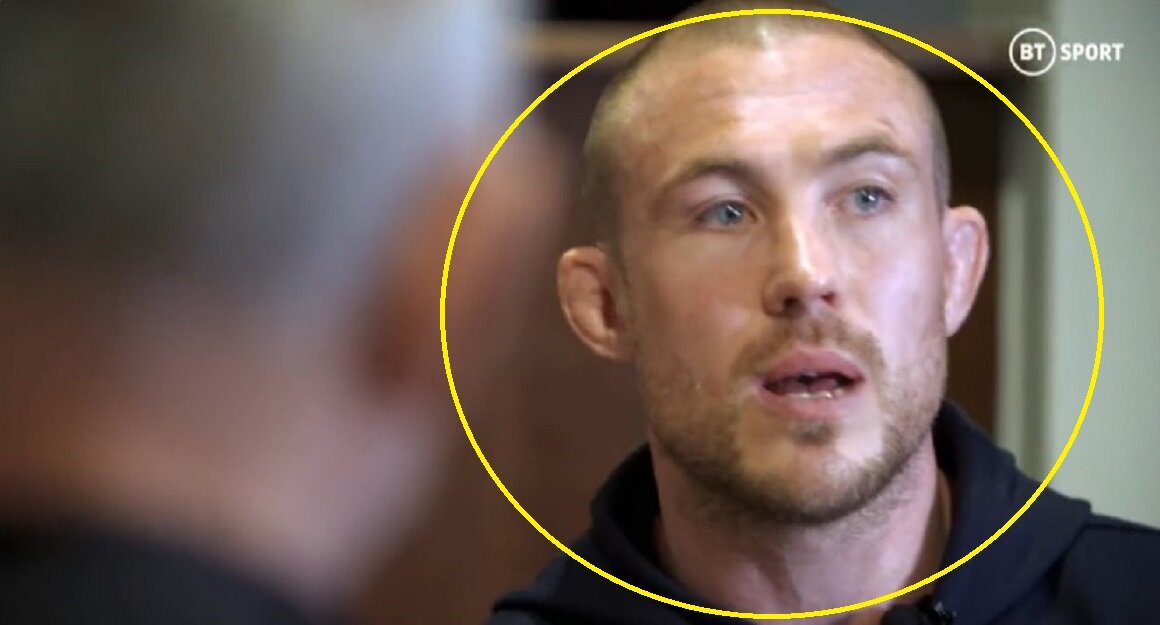 Mike Brown gets choked up in interview after club dumping

Mike Brown got emotional when talking about how he was dumped by Newcastle Falcons after just one season, effectively making him unemployed.

The 36-year-old is now looking for a new club, just a year after having a similar experience at Harlequins.

“If it was just me, I wouldn’t have emotion I don’t think.”

Capped 72 times by England and playing 81 times in European competition, Brown’s Championship and domestic cup appearances take him well into the 400s, with the fire burning just as brightly as ever.

“I didn’t even know I was on 249 Premiership games until our media guy told me, if I’m honest, so it’s not something that had been on my radar,” says Brown, the two-time Premiership title winner, who swapped the Twickenham Stoop for Tyneside in the summer.

“Because I’m at a new club all I’m really focused on is just making sure I have as big an impact as possible for the team on and off the field, and that’s the most important thing, rather than appearance milestones.

“I’ve kind of been there and done that a little bit with Harlequins when it comes to playing a certain number of matches and that kind of thing, and I just want to do well for Newcastle rather than taking any personal accolades. I’m at the latter stages of my career so it’s just about making whatever impact I can here with the team, and helping the young lads along.

Turning the clock back to 2006 when asked to recount his maiden top-flight appearance, it was not quite the stuff of legend, as Brown himself admits.

“I remember my Premiership debut was against London Irish at Twickenham in the old London Double Header, where they used to start the league season with two London derbies,” he says with a chuckle.

“The year before I’d been part of the Quins squad which got promoted into the Premiership, getting into the side around the halfway stage of the season, so I’d had a little bit of exposure at first team level before that first Premiership game.

“It was with Deano coaching the team, who is obviously my current director of rugby at Newcastle, so there’s a nice symmetry there for the 250th if it comes. Although I don’t remember my first going very well!

“We lost, and let’s just say I didn’t have my best game. I think I passed the ball near our own line, we dropped it and they scored a try, so it wasn’t a great start. I got a whack round the face quite early on from Delon Armitage, which these days would definitely have been a red card, and it was a definite ‘welcome to the Premiership’ kind of day.

“Deano dropped me after that game for a few weeks, so it wasn’t quite the fairytale start!”

Showing his trademark resilience to bounce back stronger, Brown recalls his key influences in and around that Harlequins side.

“Gavin Duffy was our full-back at the time, and he was quite a big influence on me because he was incredible under the high ball,” says the man who scored a try on his last Falcons appearance – the 31-26 home victory over Worcester Warriors on December 10.

“I just remember Deano and Andy Friend at the time telling me my big work-on was improving under the high ball if I wanted to play for Harlequins, and I kind of just got hold of Gavin and asked to work with him. Luckily he was really receptive to it, and now it’s one of my main strengths.

“Aside from that my main influences came from the academy side of things, because we had a good group who really competed against and pushed each other. You were always asking the other guys what extras they’d been doing after the session or away from the club, to make sure you were doing the same or more than them, and it was people like Chris Robshaw, Jordan Turner-Hall, George Robson and those guys. We had a good group who really pushed on, and a lot of it was to do with that work ethic.”

Asked how the Premiership in 2006 compares to the present day, Brown says without hesitation: “It’s massively different.

“The physicality is immense, defences are much better which means a lot less space on the field, the ball-in-play time is a lot higher and that means a much quicker game. I think all of those factors combined just mean that mentally you have to be on it for absolutely every second of the game, whereas in the early days you could get through parts of a game when you weren’t quite fully firing.”

Pending milestones aside, Brown and his Newcastle Falcons squad have the enticing prospect of a northern ‘derby’ against Sale Sharks at Kingston Stadium on Boxing Day, once the turkey has settled. So, how does an elite athlete approach the tricky subject of the Christmas dinner?

“Because our game is on the 26th, usually on the day before a game you can eat a little bit more than you would earlier in the week,” says the full-back.

“You’re basically fuelling up for the game, so you can still enjoy yourself as long as you’re sensible with it. Clearly you can’t over-indulge or you’re going to come in feeling heavy and bloated, but as long as you’re professional you can come in, do your job and then eat a load of rubbish after the match!

“I’ll still have a normal Christmas dinner, just with a bit of a smaller portion size compared to the normal person, and I’ll leave the chocolate for when I get home from the stadium.”

Spending his first Christmas in the North, he adds: “Usually when I’m down south we’ll be going around and seeing family members on and around Christmas Day, but for our first North East Christmas it’s just the three of us – me, my wife and our four-year-old son.

“He’s just getting into that sweet spot of loving everything about Christmas, which makes things loads better, and I’m looking forward to it.”

Having won a second Premiership title in 2021, how does he reflect on the calendar year, and what is he hoping for in 2022?

“It was nice winning a trophy – albeit not being as involved as I would have liked,” says Brown, who missed the Premiership climax due to suspension after playing a central role in getting them to within striking distance.

“It was an exciting time to be moving clubs and having loads of new experiences to look forward to, and coming to Newcastle is a huge opportunity for me.

“I’m in a new environment, I’m learning and I just want to be a part of helping this team to keep developing. We’ve had some decent wins this season and a couple of poor-ish results, but I just want us to keep building that momentum with the ability we have,” he said back in December.

"If it was just me, I wouldn't have emotion I don't think. "

This is the side of sport you don't often see. pic.twitter.com/t4DqqUfzyY