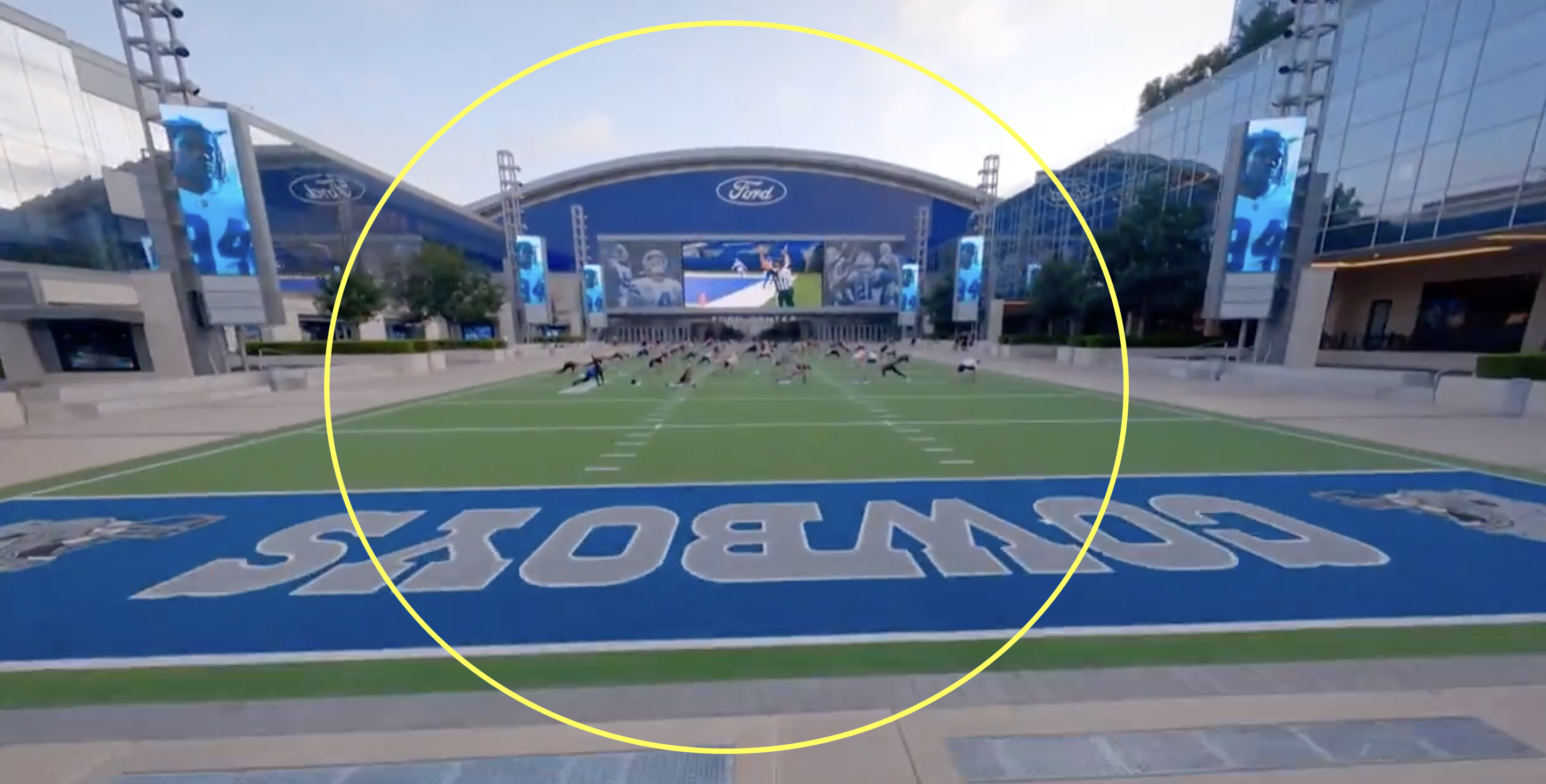 Wasps unveiled their new training facility this week which brings them in line with some of the other modern complexes in English rugby. But a video shared this week from Hard Knocks: The Dallas Cowboys shows rugby is still lightyears behind some other sports.

The training complex of the NFL outfit the Dallas Cowboys, called ‘The Star’, puts almost all other facilities in sport to shame, even some cities to shame. In fact, it puts almost everything to shame. It is described in the video as  “a 91-acre campus with everything from a 12,000 seat indoor stadium, where the Cowboys practice and local high schools play, to a boutique shopping centre and luxury hotel.”

Take a look at video:

Although it does say in the video that “there is nothing like it in all of American sport”, this just shows the vast chasm between rugby and American football. Of course, they are different sports, but the comparison is often made. But this just shows that, in terms of the facilities the players have in both sports, there is absolutely no comparison.

What’s more, such advanced facilities will make it that much easier for the players. Rugby clubs in the Gallagher Premiership and Top 14 are not exactly struggling with their facilities, but ‘The Star’ makes them look like they are in the stone ages.

Then again, the complex did cost $1.5 billion, which is simply unimaginable money in rugby. Wasps may have a sauna in their new facility, but they missed out on their boutique shopping centre as a result. It is now up to rugby to step up, and maybe Leicester Tigers build the Martin Johnson shopping centre at their Oval Park training ground?