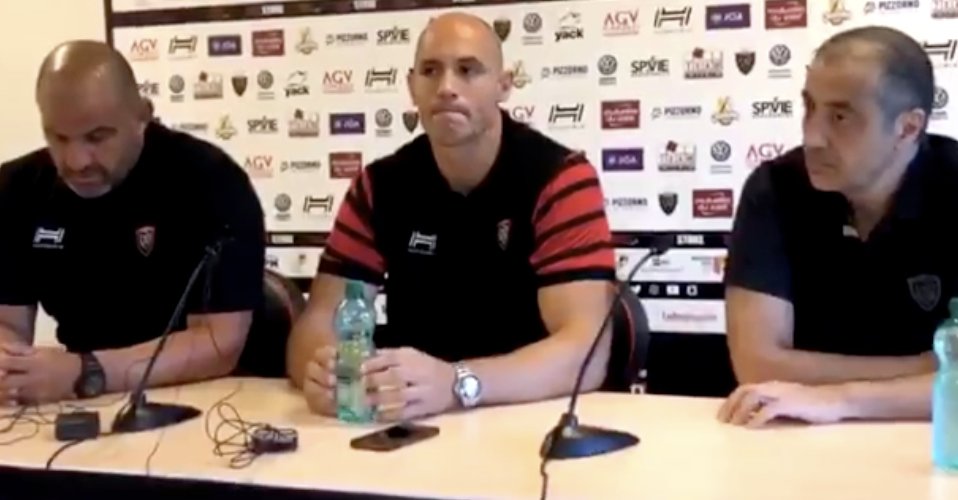 Toulon owner Mourad Boudjellal has made a very odd comment about Italy’s World Cup chances right in front of their captain Sergio Parisse.

The new signed Toulon player appeared to awkwardly laugh when the owner said that Italy will not make it past the group stages of the World Cup.

Of course, the press conference is in French so we have translated it for you.

Here’s what they said to Parisse in the video.

Journalist: to be exact, it’s a contract for one year, right?

Boudjellal: yes absolutely (overlapping journalist, can’t understand his question). We’ll see, we’ll see. Of course. What we know is that he’ll come after the World Cup, so with… Normally, as they are in a pool with South Africa and the All Blacks, he’ll be coming at the same time as the French’s

Look at how Parisse takes that shade. Absolute champ.

In other news: Mark Wilson to move to Sale Sharks

Newcastle Falcons and England back-rower Mark Wilson will spend the 2019-20 season on loan at Sale Sharks.

The 29-year-old is contracted to the Falcons for the next four years but has agreed a season’s loan so he can pursue his international aspirations following the Falcons’ relegation to the Greene King IPA Championship.

Newcastle director of rugby Dean Richards said: “This has not been an easy decision for Mark because he is very loyal to the Falcons, but at the same time we understand he has to think about his England selection.

“Playing Premiership rugby gives him the best possible chance of maintaining his place in the national squad, and as disappointing as it is to lose a player of his ability for a season we fully understand Mark’s reasoning in reaching this decision.

“Even in his absence we believe we have a squad capable of earning promotion back into the Premiership at the first attempt, without of course taking anything for granted, after which point we would look forward to welcoming Mark back into the fold.

“I don’t think anyone can question Mark’s loyalty after making 224 appearances for the club and the manner in which he has conducted himself throughout that time, and we wish him and Sale Sharks all the best for the coming season.”