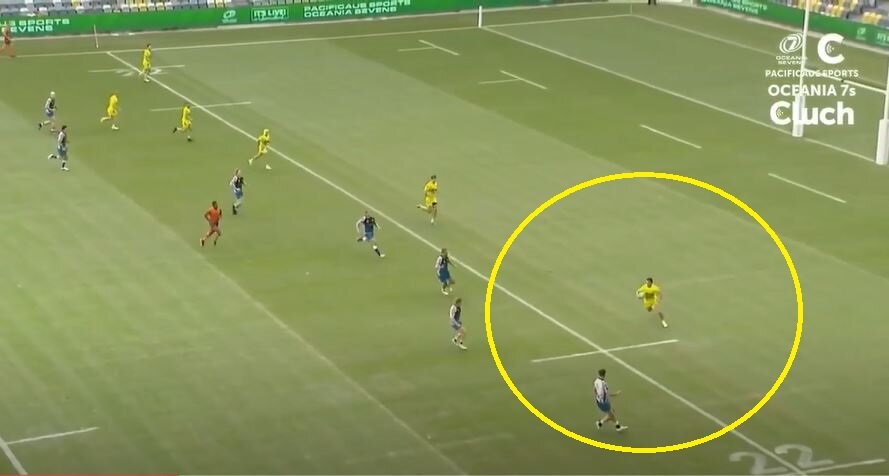 Keep an eye out for Dylan Pietsch who is being tipped as a possible Wallaby bolter after some standout performances for the Aussie Sevens.

This weekend he showed his massive man-on-man power game, bowling over some twerp who will likely now retire from the game in shame.

His Aussie 7s bio says: “A product of Randwick Rugby Club, Pietsch has risen through the Australian Rugby pathways, representing The Kings School, NSW and Australian Schools Barbarians. Dylan caught the eye of Australian coaching staff after strong performances in the U18s Australian Youth Sevens side.

“Now with 11 caps and 55 career points to his name, Pietsch is becoming a more frequent member of the Aussie 7s squad as they finalise preparations ahead of the 2018/19 World Series Circuit.”