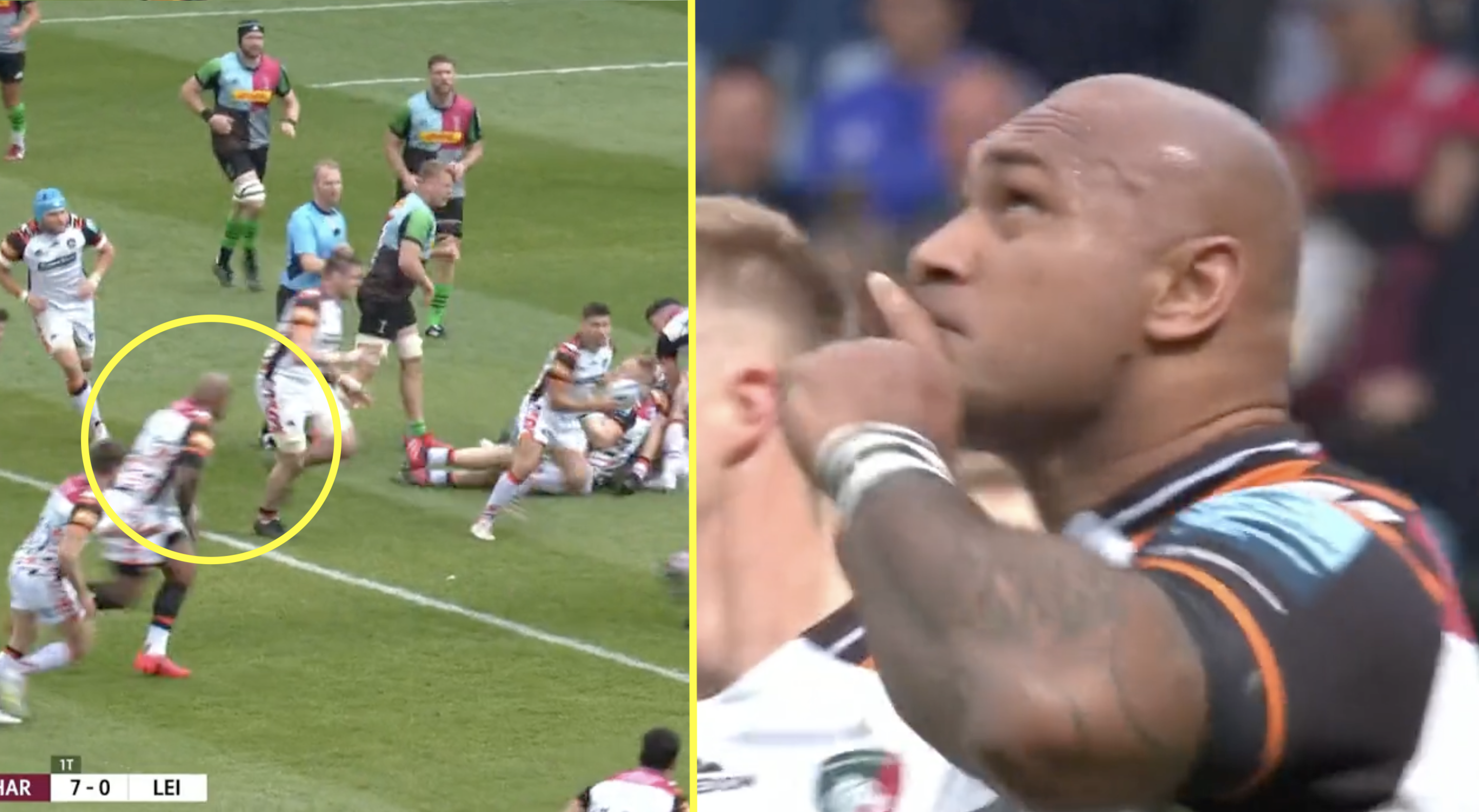 Nadolo gets the ball 20m from the line…

Harlequins learned the hard way what happens when you give Nemani Nadolo any space when they hosted Leicester Tigers on Saturday at the Stoop.

Even when the Fiji wing carries the ball from 20 metres out with defenders in front of him he is dangerous, so when he has a half gap to run through and a fullback that is out of position, there is simply no way the 123kg back is going to be stopped.

For the sake of their shoulders, this was probably the best misread the Harlequins players have ever made, as they came away unscathed. However, it caused damage on the scoreline as Nadolo ran in for the try. Louis Lynagh was the defender that was perhaps just out of position, meaning he could not quite get a solid enough hit on Nadolo, and if a player cannot get a good enough hit on a winger that size, they are going to be run through 99 times out of 100.

The positive for Quins is that they learned their lesson, and swiftly closed down Nadolo whenever he got his hands on the ball and actually exhibited some immense tackling throughout the game as they came away 26-20 winners against the league leaders.

The win meant Quins look secure in third place and went level with second place Saracens ahead of their match with Exeter Chiefs tomorrow. Meanwhile, Nadolo’s Leicester still sit comfortably at the top of the table despite the loss.