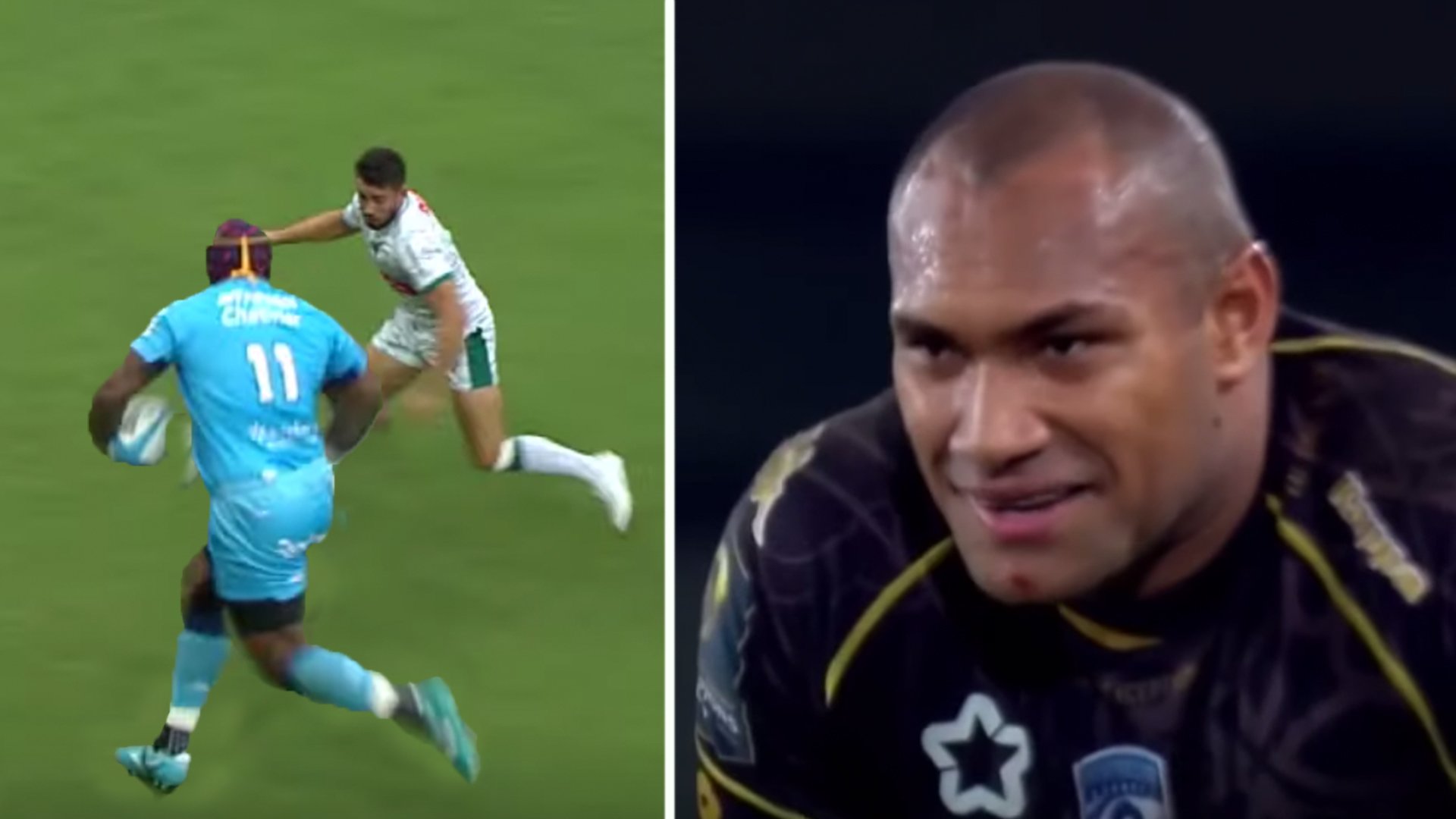 For anyone living under a rock, Fijian powerhouse Nemani Nadolo has signed for Leicester Tigers in England. The 140kg behemoth is seen in a recent video highlighting just how dangerous he is.

People easily forget just how dangerous he is on the ball.

In this video, the Fijian star can be seen toppling players all over the pitch. This brilliant video from Rugby Beat should excite many Tigers fans who are looking forward to the inclusion of the 35-year-old.

Leicester Tigers’ latest signing Nemani Nadolo has said that he is committed to leaving Montpellier “on a high”.

The signing announcement was made official on Monday after RugbyPass revealed last Friday that the deal was done for the Fijian behemoth to arrive at Welford Road in the summer.

He has thanked his current club and its owner Mohed Altrad for letting the move happen. However, the 32-year-old urged that there is still plenty of work to be done in the south of France this season as he aims to finish his four years with the club in style.

He said on Instagram: “The season is far from over here in the south of France and I’m 100 per cent committed to leaving this club on a high.

The 6ft 5in winger is one of the most destructive ball carriers in the game currently and was one of a number of signings that the Tigers announced on Monday.

The Fijian will arrive this summer alongside Georgian hooker Shalva Mamukashvili, as the English giants hope to rebuild after a troubling couple of seasons.

“I can finally lay this to rest and concentrate on making many more memories with my MHR team-mates and most importantly the fans! Hopefully, we can create something special this season.”

Montpellier currently sit in eighth place in the Top 14, only four points behind a playoff spot, so they are very much in the hunt to finish in the top six this season.

With nine games left to play in the league, Nadolo has the chance to make his mark.  Nemani Nadolo will do well in England!