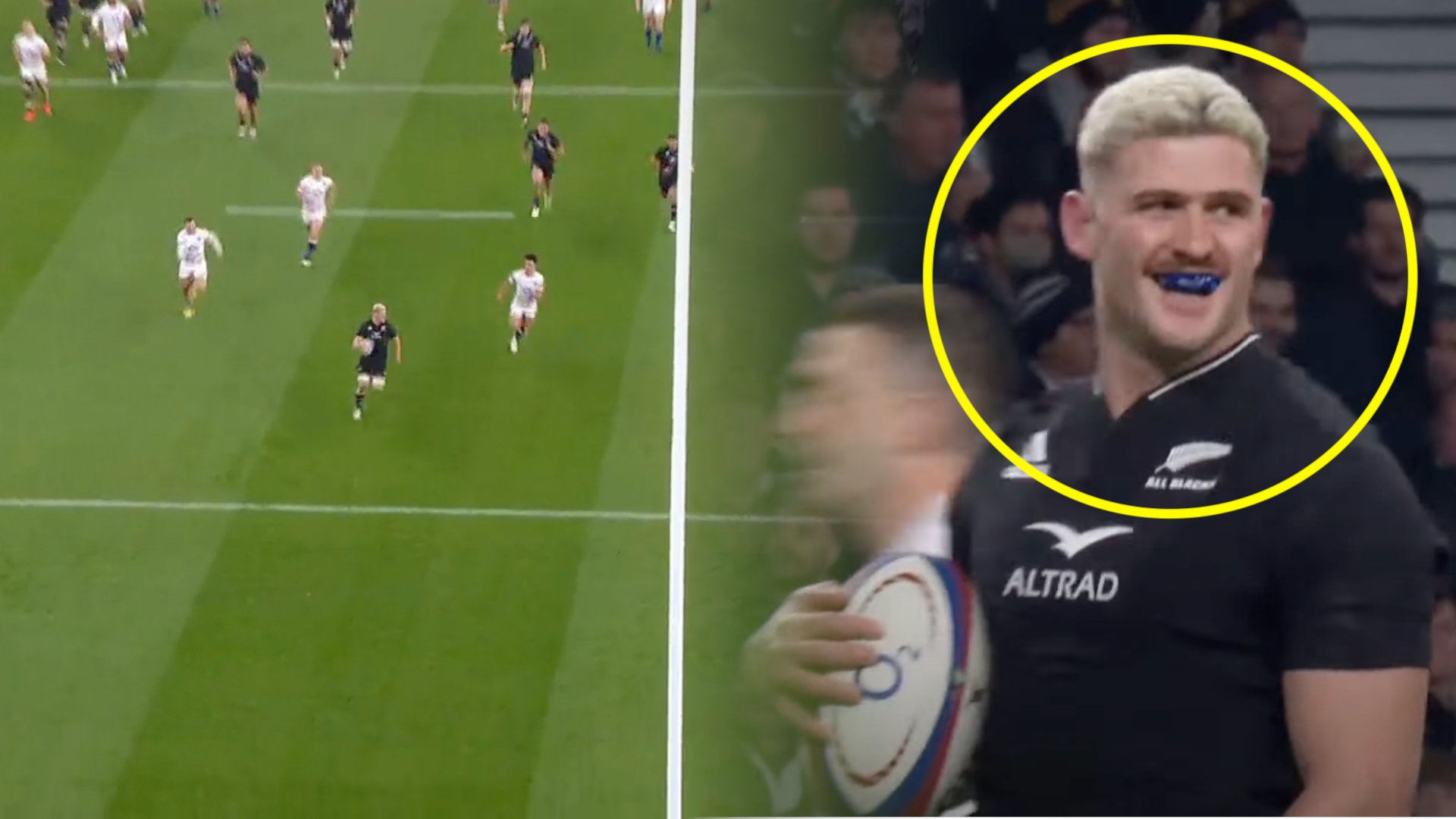 To anyone that thinks Dalton Papilii’s interception try against England on Saturday at Twickenham was just a stroke of luck, think again.

This was something that was preplanned by New Zealand, and they executed it perfectly at the beginning of the match in the 25-25 draw. There is one angle of the try in particular that proves this.

The aerial view of the try from the tryline shows how Papilii lined up in the defensive line during England’s lineout, in what looks like he is marking Marcus Smith. But as Smith starts to drift behind his inside centre Owen Farrell, who is set to receive the ball, the All Blacks flanker does not change his line at all.

The All Blacks had clearly done their research and had worked out that England frequently play this move from the back of a lineout, where Farrell takes the ball flat and wide, because Papilii just sprinted in a straight line to receive the ball. He had absolutely no plan on tracking any England players- he was after the ball and it worked as the All Blacks rushed to a 7-0, and soon to be 14-0, lead.

This wasn’t the only example of where the All Blacks had done their homework on England though, as they peppered the England wingers with cross-field kicks all afternoon with a huge amount of success. These often resulted in a lot of ground being gained, but was the cause of their third try, as Caleb Clarke put Rieko Ioane away from deep inside the All Blacks’ half.

Eddie Jones will want to iron out some of those problems his team had very quickly, as the Springboks will also be alert to some of these holes in their game and will seek to exploit them this Saturday.