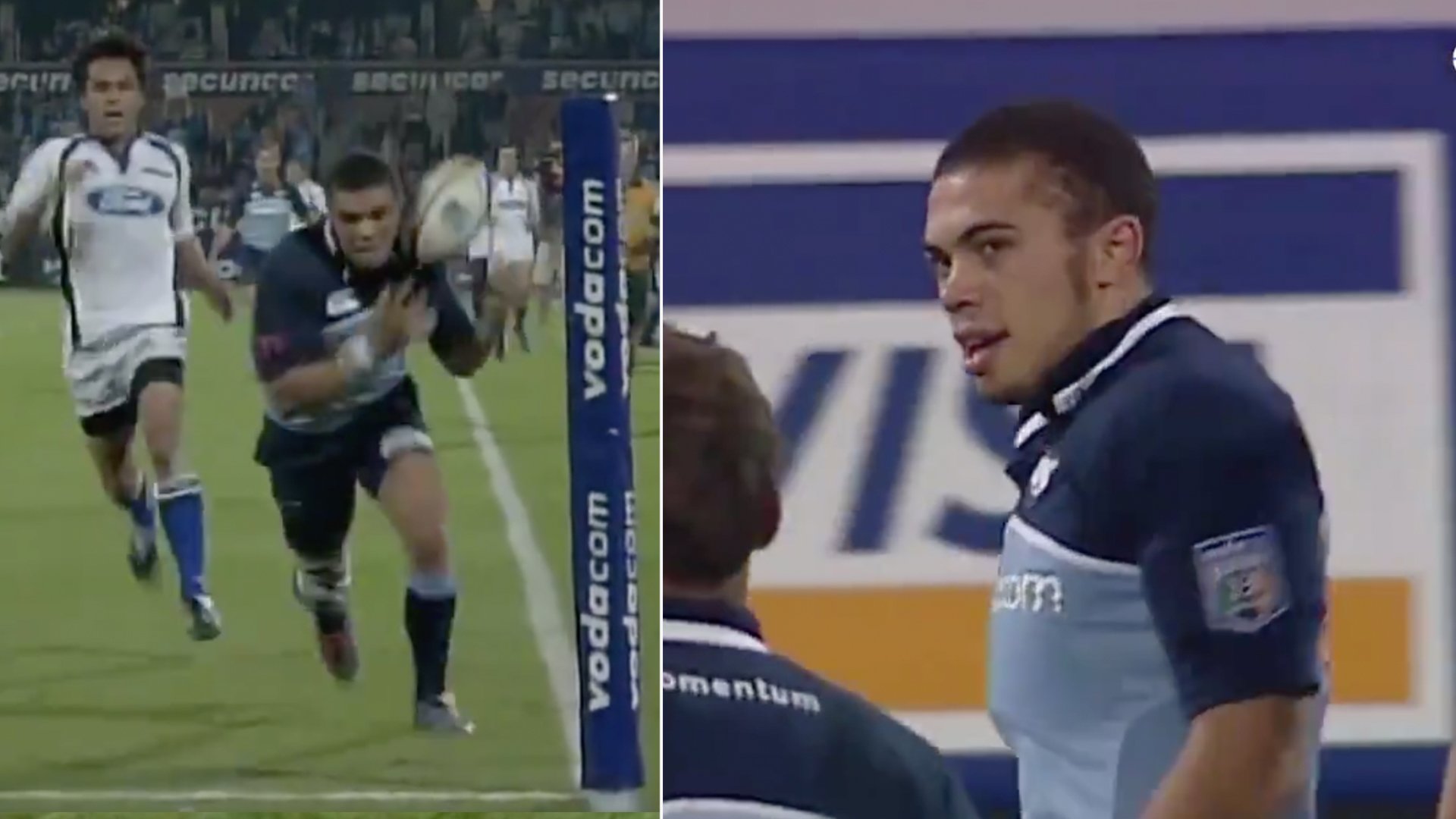 If you ever wondered why rugby fans still hold Bryan Habana in such high acclaim even to this day. It is because of tries like this. This Bryan Habana try was something else.

This try came from back in 2008 and it shows Habana playing for the Bulls at Loftus road.

Bryan Habana is now synonymous with speed in rugby.

He has become so well known for it that there have been many stunts in the sport where the South African has tried to outrun other speedy things.

This match against the Blues was one of the first instances of when he truly shocked the rugby world. In this video his pure speed hadn’t been seen like it in the sport.

His speed meant that he could outrun any player on the pitch, even with ball in hand.

Rugby.com.au today released a clip showing one of his most iconic tries in the sport.

Look at the speed that he manages to generate in just a matter of seconds!

In more news: Australia want to do Trans-Tasman competition

Wallabies and NSW Waratahs veteran Karmichael Hunt says a trans-Tasman Super Rugby competition makes the most sense and he’d love to be a part of it next year. Senior rugby in Australia is set to resume in early July with a largely domestic competition replacing the five-nation Super Rugby tournament which was suspended in mid-March due to the coronavirus pandemic.

SANZAAR’s administrators have decided to return to the original round-robin format for the five-nation tournament in 2021, but it’s believed that could still change.

“It makes more sense for me that we have got a trans-Tasman competition,” said Hunt, who has been at the Waratahs since 2018. “It’s just like the Warriors in rugby league, they get the benefit of playing the top Aussie teams every weekend as well and that’s done the game in New Zealand wonders.