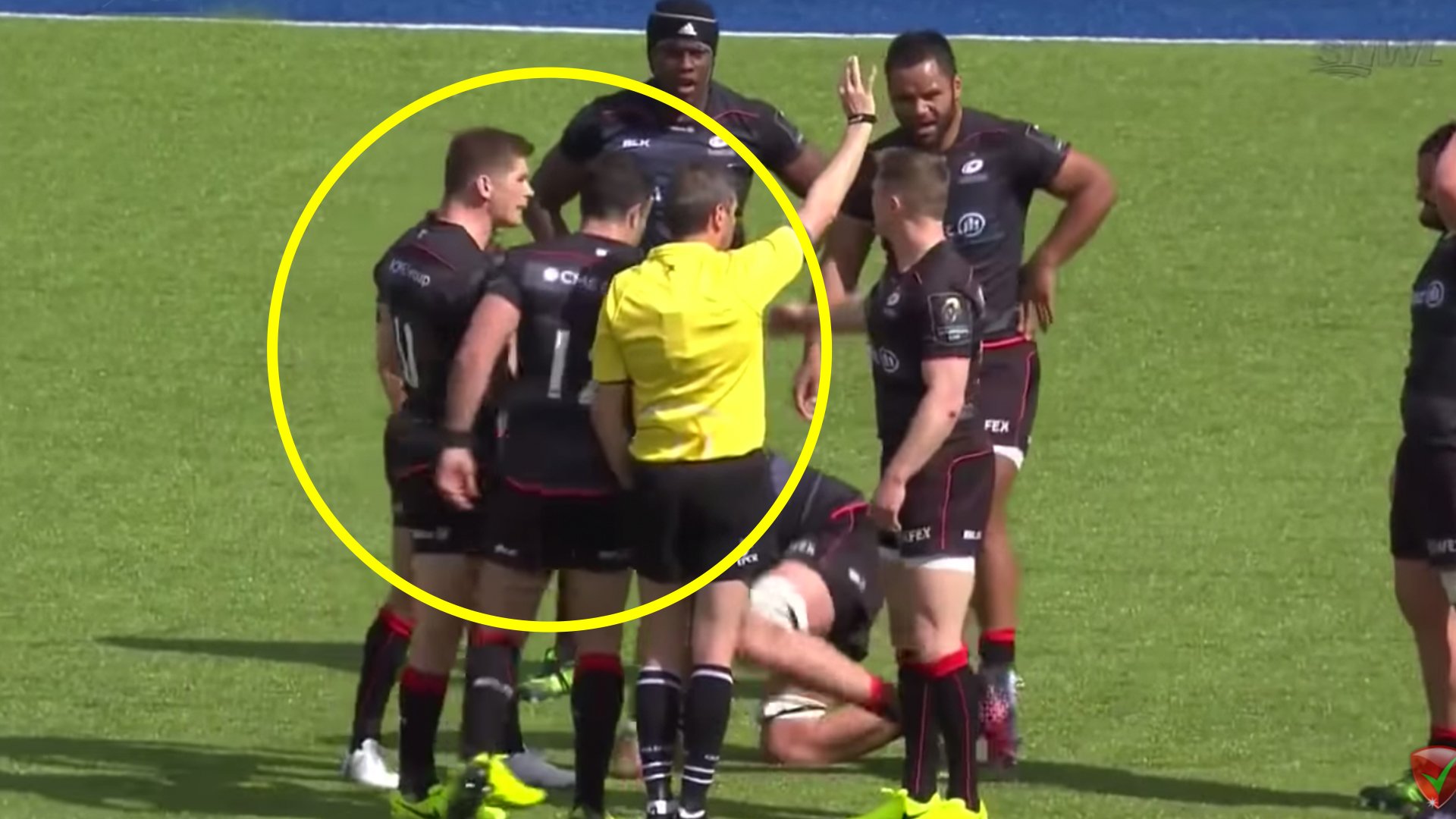 This instantly makes Owen Farrell 10x more likeable for us. Back in 2017, the ref mic picks up Owen Farrell scolding Chris Ashton in middle of match for trying to talk to the referee!

In the middle of a 2017 Champions Cup match between Saracens and Glasgow, the London team win a penalty. As Owen Farrell is preparing to kick at goal, Ashton takes the chance to try and ask the referee something.

Owen Farrell has absolutely none of it and quickly tells Ashton to “get back on yer wing”.

It certainly makes us more fond of Owen Farrell who is sometimes not everybody’s best friend in the sport.

Here are some of them below!

Farrell showing he doesn’t take much sh**. Aston comes out of position to complain, Faz immediately berates him.

I love how exasperated Farrell sounds throughout. Owen Farrell scolding Ashon is brilliant!

From now on, I’m not telling anyone to shut up, I’m just screaming “Get on yer wing!” at them instead until they go away.

I like how Garces felt bad for him and called him over and let him say what he wanted to say. “14, 14, come here”.

Know who wears the pants in that relationship.

Showing a rugby brain there. Great awareness of positioning and the needs of the team. Can see why he is one of England’s vice-captains.

I remember this vividly when watching and I laughed but ashton stayed there after and there didn’t seem to be and animosity so I thought nothing off it/ thought I misheard. Farrell has grown on me at a similar rate to how his playing skill has down the years. World class player and bloke it seems these days