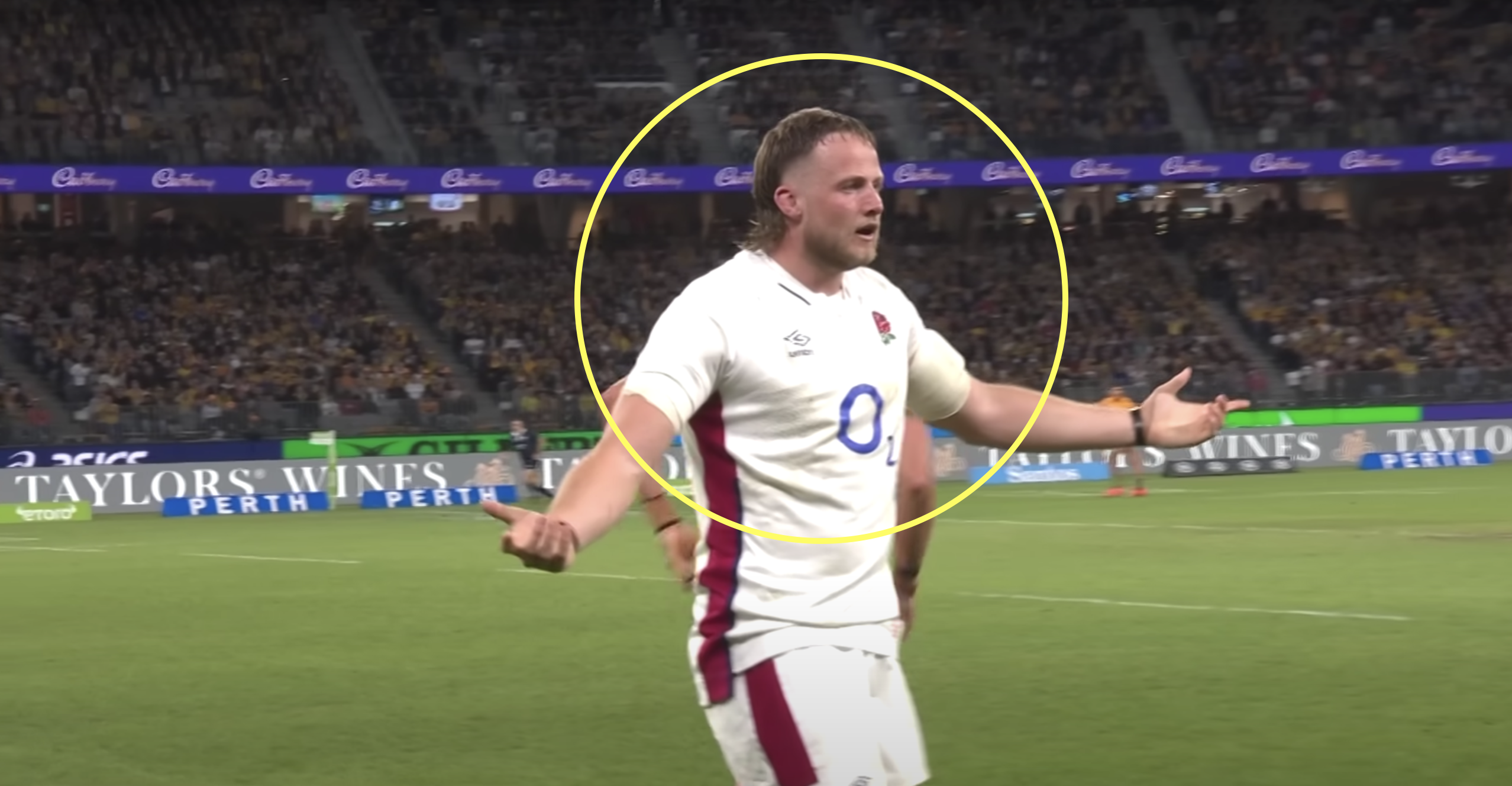 New images emerge of yet more skullduggery from Jonny Hill

One thing is for certain after Australia’s three match series against England this month, they will be glad to see the back of lock Jonny Hill.

The 28-year-old has been a persistent thorn in the side of the Wallabies throughout the series, not necessarily due to anything he did during play, but a lot of his underhanded tactics off the ball.

Of course, the most notorious moment from the series was the hair pulling incident on opposing lock Darcy Swain in the first Test, which actually resulted in the Australian retaliating with a head butt and getting sent off. Hill had already provoked Swain earlier in the match with a shove to the face of his opponent that was unseen by the officials.

Though Hill got a yellow card from this incident, and a slightly bad reputation, it is clear he did not learn much from the whole debacle as he was back at it in Sydney for the third Test.

The Sale Sharks bound second row had been penalised earlier in the match for holding onto Wallabies scrum-half Nic White, who was formerly his Exeter Chiefs teammate, in what was a fairly soft penalty.

But images have been shared on Twitter by Australian reporter Charles Croucher of some more subterfuge by the Englishman. This time it was him standing on the wrong side of the ruck holding onto the shirt of Australia’s Samu Kerevi, blocking him from joining the defensive line.

In the grand scheme of things, something like this is not too serious an offence. But of all people to do it, it had to be Hill, who has quickly become the least popular player in Australian rugby.

England leave Australia as the series champions following their 21-17 win, but the Wallabies will just be glad they don’t need to face Hill for a while.

I’ve managed to catch a couple of angles of Jonny Hill holding Samu Kerevi out of the defensive line for that last try and I’ve only got an i-phone. Imagine having a television match official @WorldRugby pic.twitter.com/YGyrFlvLc2