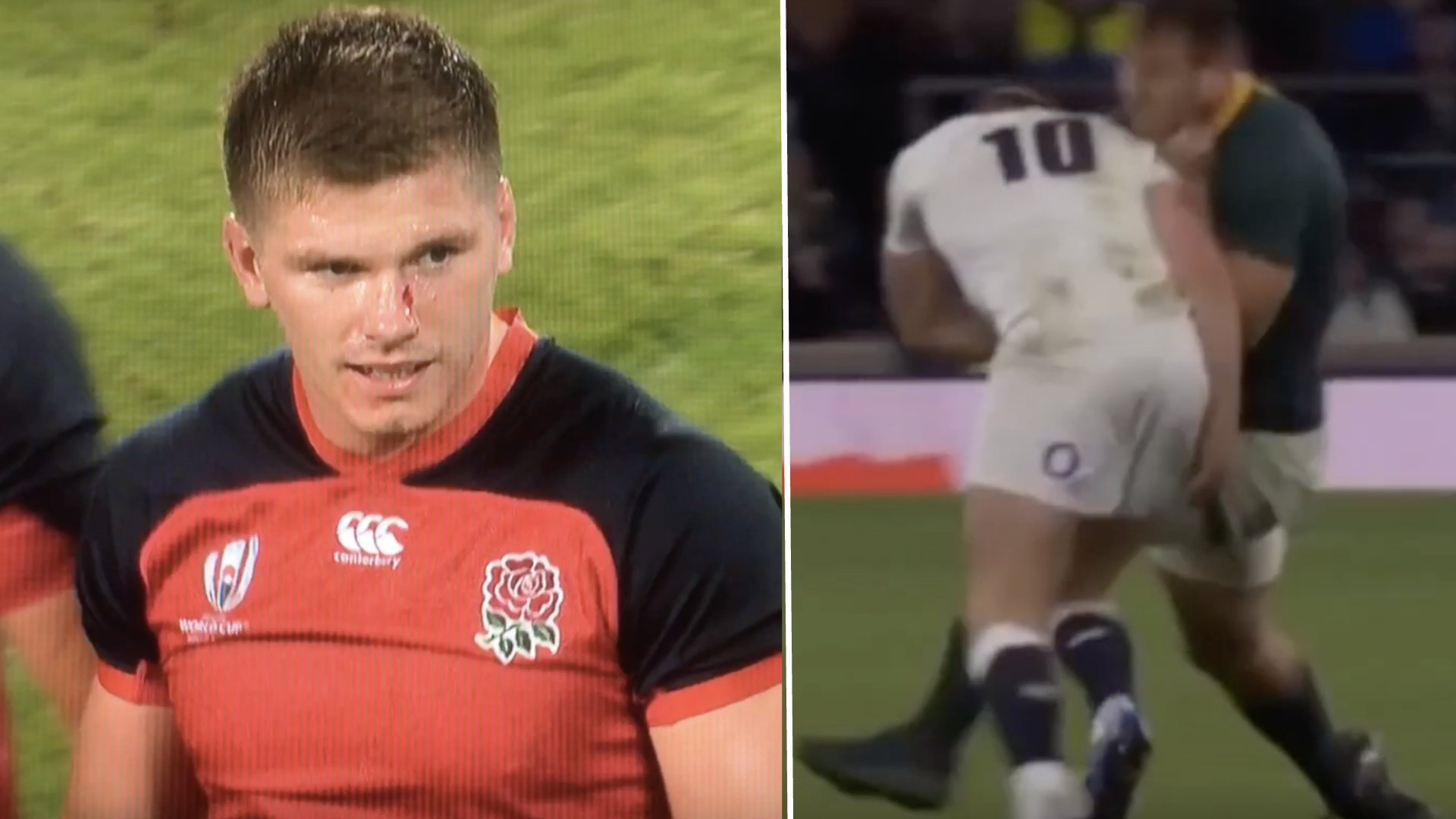 Now before we share this absolutely fantastic piece of content, let’s just get one thing straight. We love Owen Farrell, not love in a way you would love your cats, but love in a way that you would love a rugby player. His work ethic is unreal, we love his hardman northern act that he has, and we think he’s a damn good rugby player. But we have to admit, that he does love to throw a shoulder (or both) into his tackles sometimes, so this compilation for that reason is all the more hilarious.

This remix emerged tonight online after Owen Farrell took quite a big shot to the face from Irish-born John Quill.

Some of the feedback for this video is rightly hilarious, if not a little bit unnecessarily malicious.

The Rugby World Cup as a whole has been marred by a string of unsavoury tackle incidents, with officials complaining about how this area of the game is being managed.

World Rugby even went to the lengths of releasing a statement, admitting that referring of the tournament so far had not been up to the standard that was needed.

We’re not sure how this applies to the remix but still interesting news.

Harlequins is excited to announce the signing of two scrum halves, Dylan Munro and Lloyd Wheeldon, as the Club looks to further bolster its half-back offering.

Munro signed a two-year deal with the Harlequins Academy earlier this month, joining from Stellenbosch University where the 19-year-old was a key player for the Stellenbosch Rugby side in his home nation of South Africa. Remix

Expressing his delight, Munro said: “Harlequins is a Club known across the globe, so to be joining is a dream come true for me. I have already learnt so much and being around such a talented group has helped me grow as a player. I can’t wait to get out there in the famous Quarters and represent this team.”

Also joining the Club after a successful trial is fellow scrum half Lloyd Wheeldon. He has been offered a short-term contract to provide cover at Number 9 with current injuries to “The Talisman” Danny Care and young hotshot Niall Saunders, who will unfortunately be out for around three remix weeks with an oblique injury, following his explosive start against Bristol Bears in the Premiership Rugby Cup.

A serving Lance Corporal in 3 Para, Wheeldon joins Harlequins following a successful spell with the Army Rugby Union. The 23-year-old has already represented Harlequins at the recent Premiership Rugby 7s tournament, scoring against Bristol in the quarter-final. Remix

Wheeldon commented: “Having previously represented the Army at Twickenham, I’ve had a taste of what it feels like to play on the biggest stage and the opportunity to join a Club like Harlequins is an incredible next step in my rugby journey.”