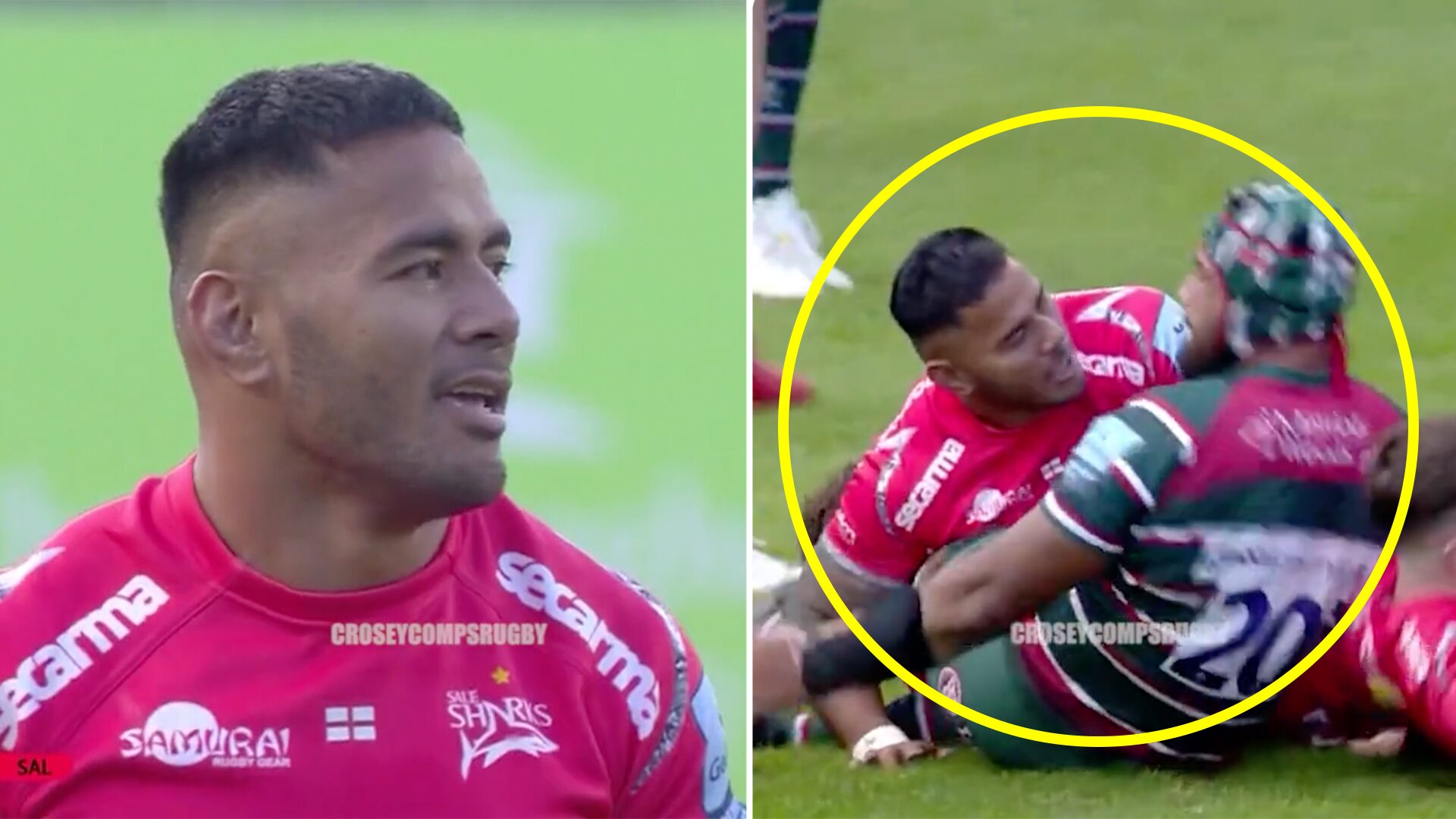 A new highlight video has been created highlighting the subtle ways that Manu Tuilagi tormented his former club Leicester this weekend.

Sale Sharks took on Leicester Tigers last weekend with Tuilagi facing his old club for the first time since his high profile departure from the club over pay issues.

The 29-year-old has been on top form for the Manchester since his move from Welford Road.

Tuilagi didn’t show his old club any mercy when he played, he took out George Ford to score a try early in the game, much to the delight of his new clubs fans.

Watching Manu Tuilagi smash through George Ford to score under the posts. pic.twitter.com/XKcDwdGeon

The England star still is one of the top centres in the World, 10 years since he originally emerged on the scene for England.

In a post-match interview, Tuilagi spoke about how Welford Road had been his home for so many years, and that he loved being back.

“Sale is my new club but Leicester will always be a part of my heart. It was great to be back in Leicester playing against some of my good friends. I really enjoyed it out there and I think I did the team proud. Sale now sit at second in the Gallagher Premiership table two points of big-spending club Bristol Bears. Despite having the likes of Tuilagi on their books, the club will still be a long way from getting one up from the top dogs up at Exeter.

CroseyCompsRugby, a brilliant channel on YouTube which focuses on player highlights took a closer look at what the Samoan did against his former club.

You can see from this edit that he directly targeted the players that he used to play against.

This man is a savage!