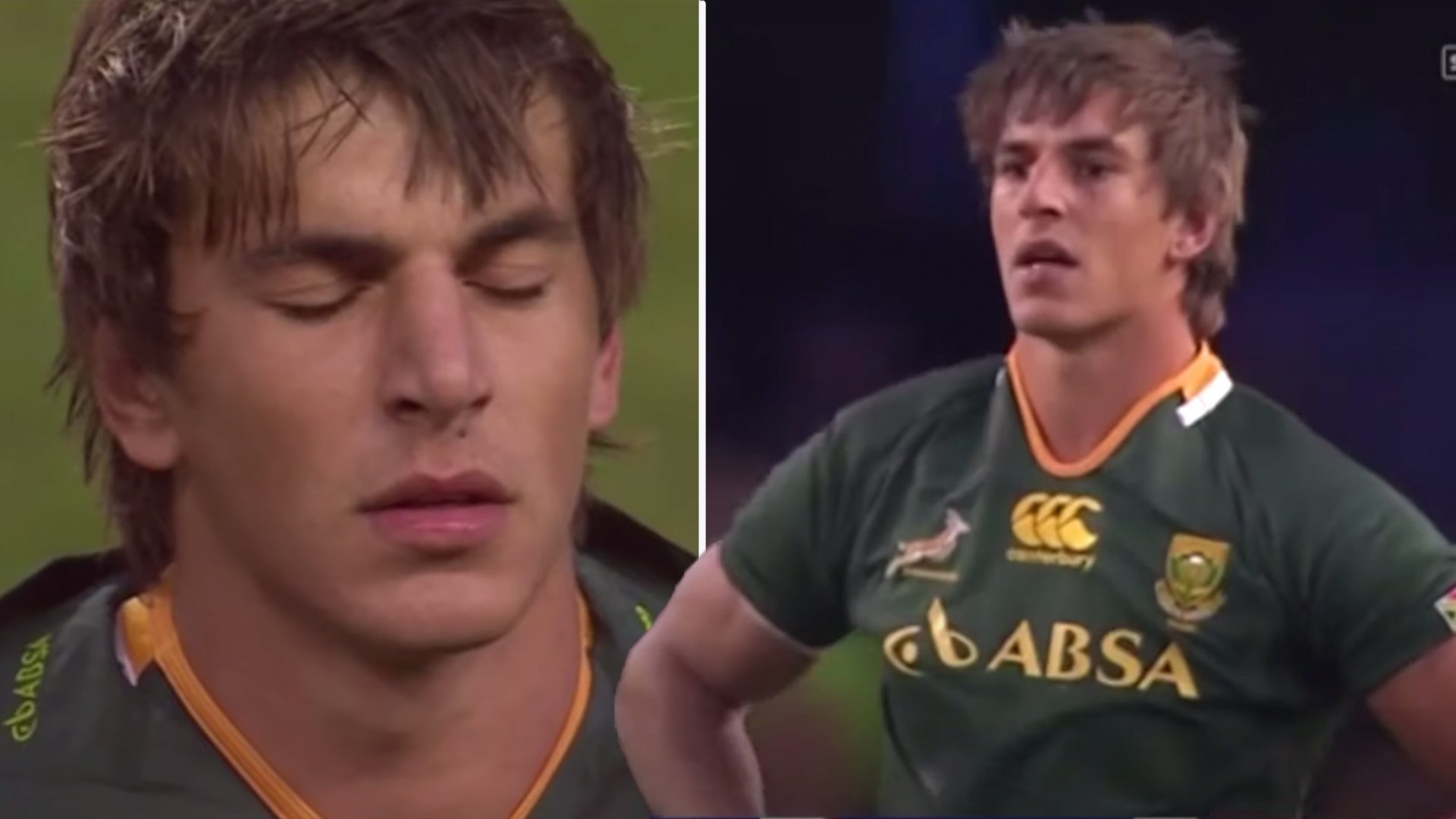 Footage of Eben Etzebeth and his debut for the Springboks have raised many eyebrows.

His debut was against England in 2012 when they played the men in white in their Summer Series. Eben was just 20 on his debut here but he was just as aggressive as he has ever been.

South Africa were currently 2-0 up in this series and the Boks were going for a 3-0 whitewash. However, England had other ideas, putting in a strong performance.

Etzebeth has enjoyed incredible success at his new club Toulon in France since winning the World Cup.

Etzebeth has always been ultra amped whenever he takes on England, as it is rumoured that he was stamped on in this match by Chris Ashton in one of the early scrums.

Coming off second best in your first match can never be good and it is even worse when it is against one of your biggest rivals England.

Watch a fresh-faced Eben Etzebeth take on England in his debut here. It is safe to say this shaped his rugby future for years to come for sure!

The South African lock who is 6’6 and weighs 125kg, has settled well into life in Toulon. Last weekend he had a man of the match performance for his new side. He has had his opening season put on hold but he will be back!