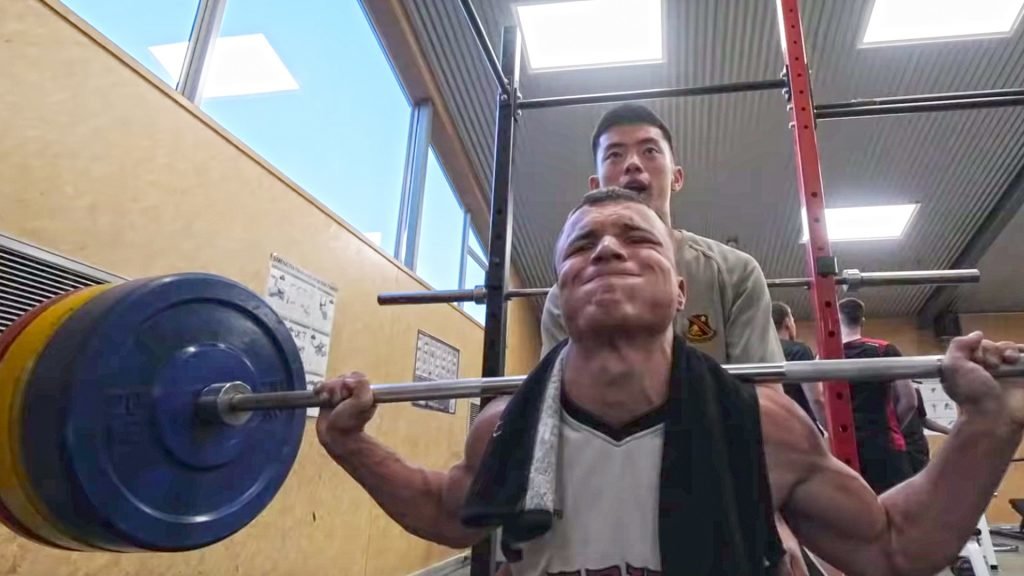 It is common knowledge that rugby player in New Zealand is some of the best in the World. With quality rugby being played at almost every level of the sport. What truly amazed us was the level of conditioning that these schoolboys are going through.

A new series by RugbyPass has been looking at a school in New Zealand called Hamilton Boys High School. The series is an all-access episodic format which looks at the team as they go through their regular season in their “Super 8” tournament.

What is interesting to see is just how intense the training is for these lads, they are only aged between 16-18 but they look they could be 21+ with the size of some of these lads.

The training looks intense in the gym… A part of this episode looks at the Hamilton boys as they did their usual conditioning session. What was incredible to see was the weights that some of these boys were lifting.

These boys look absolutely stacked and let’s not forget that they are playing at a schoolboy level, you wouldn’t see many lads doing this level of lifting even at a male level.

Hamilton Boys high school is not even considered by everyone to be the best rugby school in New Zealand. Schools such as Hastings and Christ College have a long and established history in rugby terms and it’s incredible to think of the conditioning that must be happening there.

Here is the video of the lads in training.

We would strongly suggest you watching this whole series if you’re interested in seeing the level of rugby that is being played in New Zealand at a schoolboy level.

This is some savage conditioning!

Here is the description of the episode if anyone is interested…

Training ramps up a gear as the team hits the gym to complete their final phase of strength work, while the leadership group provide critical analysis of the recent victory against Auckland Grammar. Vincent Green puts the family business first as the challenge of study, work and training continue to provide scheduling juggling act. In the countdown to the Super 8 opener, kicking and set piece perfection is encouraged while two likely characters in the Boys High boarding hostel provide different motivational outlooks at the team selection draws near.