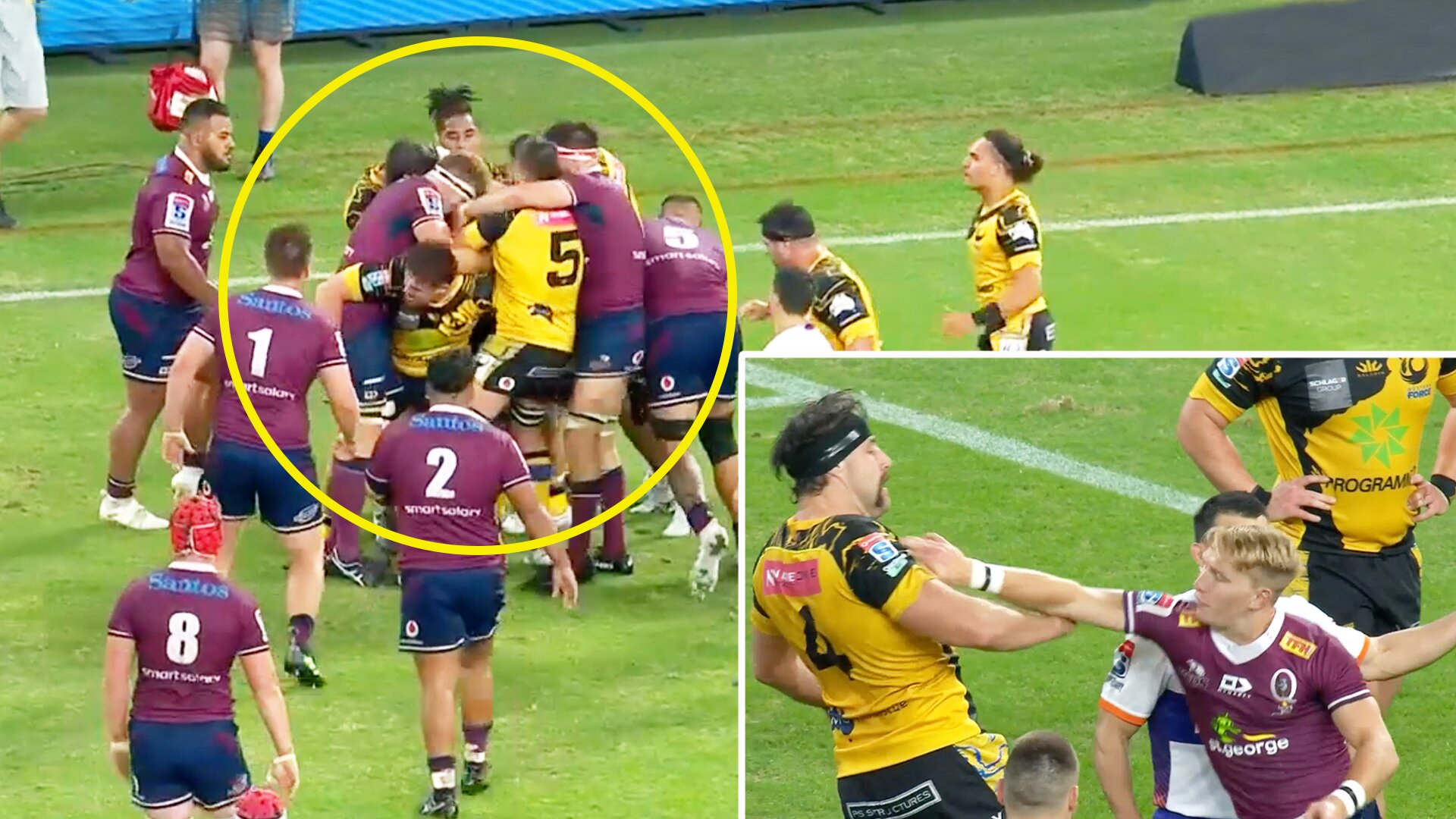 There were shocking scenes in Australia this morning as this mass brawl broke out in a thrilling Super Rugby contest between the Queensland Reds and the Western Force.

The match had been a thriller up to this point with 40 points scored in the first half.

Who said Australian rugby was dull?!

The two teams traded scores early on with the Western Force racing to a 14-0 lead through Jack McGregor and Byron Ralston.

The Reds fought back with two well-taken tries of their own including one from powerhouse prop Taniela Tupou who barreled over for a score from close range.

This young scrum half has zero f***s to give pic.twitter.com/LKGLdcgPtx

Tempers were clearly rising as the teams continued to fight ut out in a very competitive fixture.

Things spilt over into this massive brawl off the pitch as players from both sides ran in.

This was a shocking scene but it’s sure added some spice to the Australian franchise which needed an entertaining contest like this.

Things appeared to be under control before this before all hell broke loose with this brawl just as the half time whistle approached.

This was, without doubt, the best match so far in the Super Rugby AU franchise in a try fest at Suncorp Stadium.

Could this be the match that reignites global interest in the Australian Franchise?

Watch highlights of this thrilling Super Rugby contest below