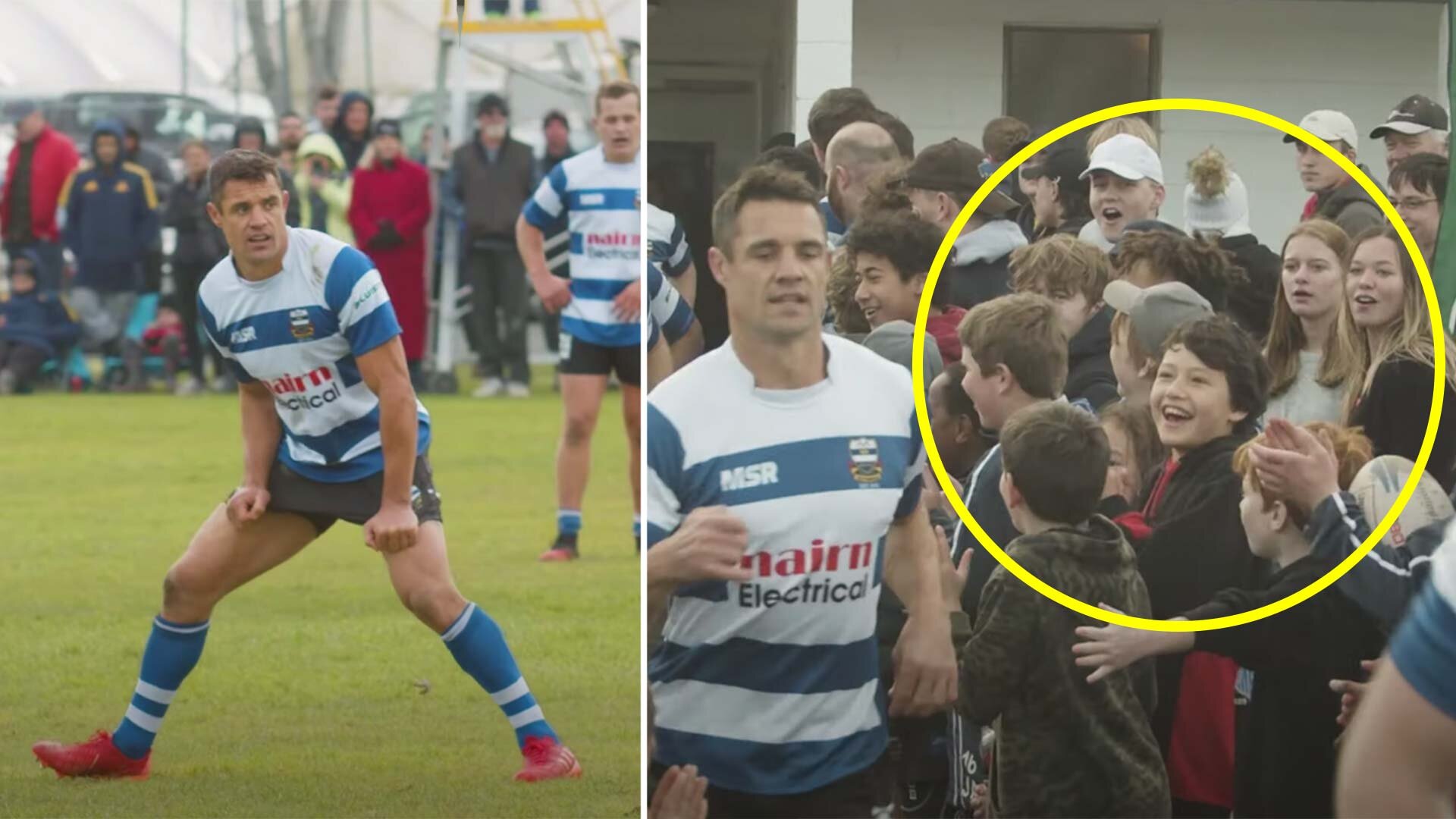 A new video has revealed the incredible impact that All Black legend Dan Carter had on his rugby club when he returned home to his first club Southbridge this weekend.

The 37-year-old returned to his boyhood club Southbridge this weekend, playing in a match which was designed to give him some much-needed game time as he looks to bolster his fitness for a potential return to playing for the Blues in Super Rugby.

The population of Southbridge the town is just 900 people, yet hundreds if not thousands turned out the watch the former Crusaders main man play at 10 for the team in Blue and White.

Great to see @DanCarter back out there playing club footy for Southbridge. Will we see him in blue next weekend @BluesRugbyTeam? 👀 pic.twitter.com/tIKVy4T0Dp

It took only seconds to see the incredible impact that he had on his former club.

A video made by RugbyPass shows his full return to his boyhood club from the moment he left his car (which his dad drove him in) to him speaking to fans at the end of the day.

Sam Smith, a reporter who was known for his hilarious match interviews at the Rugby World Cup, has now moved on to these sorts of matches and it makes for brilliant viewing.

Carter will be hoping to make a push to play in a Super Rugby match this year alongside All Blacks teammate Beauden Barrett next week.

He managed to play the full 80 for this team so it shows that he could be fit enough to play at the elite level of Super Rugby. The main question now is whether his body can take the big hits that will come in the match.

Carter, as you will see in this video took a massive hit early on in the game.

In the video, you can see Carter’s shrine at his home club at the start before it shows his incredible return back to his boyhood team.