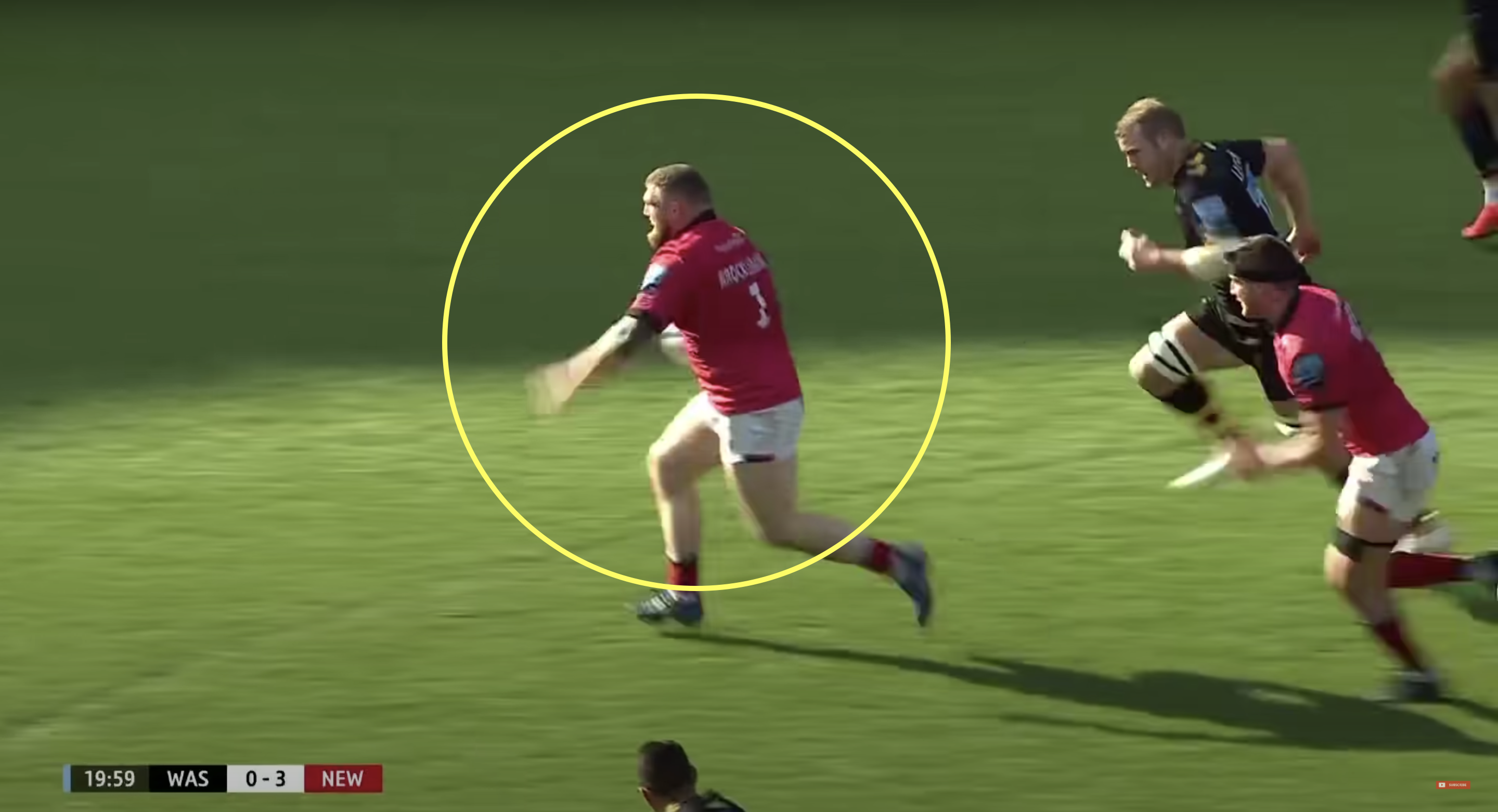 Newcastle loosehead came close to the greatest prop’s try ever

Newcastle Falcons loosehead Adam Brocklebank will have a vendetta against Wasps’ Jacob Umaga for the rest of his life after what the fly-half did to him on Saturday.

The 118kg prop was on the verge of what was surely going to be the try of his career at the Coventry Building Society Arena, but with the try line in sight, Umaga felled him from behind.

This was only going to be his best try ever, but was almost going to be the best try ever scored by a prop. He was 70 metres out when he snapped up a loose ball after Wasps spilled the ball, but it looked as though he was going to be closed down instantly. However, he managed to skin the surrounding defenders before escaping the clutches of Dan Robson with a goose step. He was then 50 metres out and it looked as though no one was stopping him as he put on the afterburners. Unfortunately for the rugby world, Umaga was able to stop him five metres out.

Textbook ball presentation at the ruck did mean that hooker George McGuigan was able to crash over for the first of a hat-trick of tries, and in doing so making him the leading try scorer in the Gallagher Premiership this season, but Brocklebank would have definitely wanted this one himself.