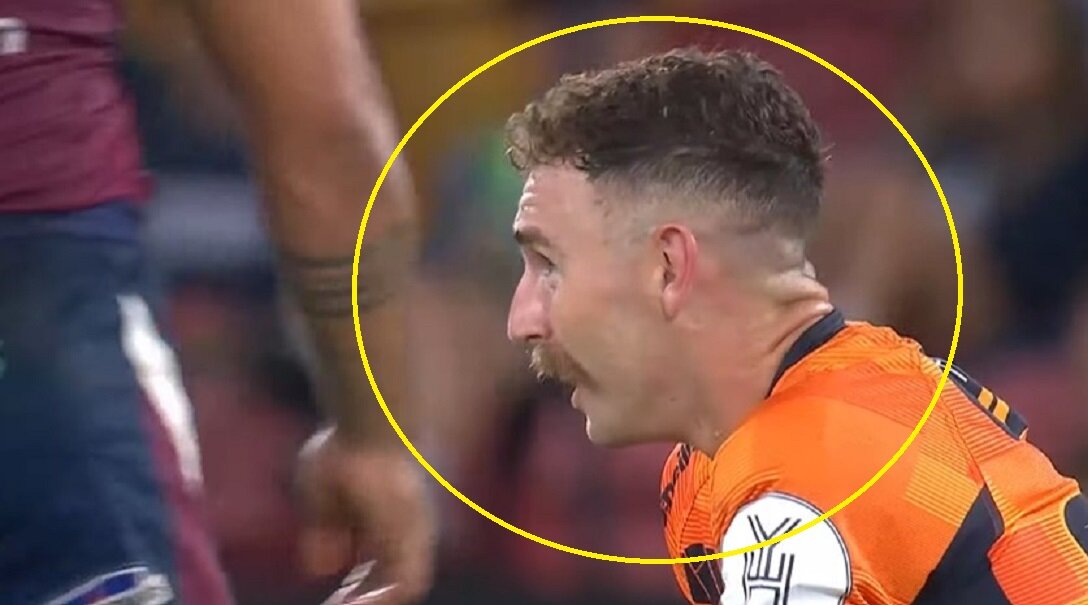 Paisami is known for collecting names in the midfield, and White was the latest one to get the treatment during the Reds and Brumbies match.

White, a Brumbies Academy graduate, was a firm fan favourite in his first stint as a member of Australia’s most successful franchise, White making 67 appearances in Brumbies colours, scoring 162 points.

White returned to Australia last year after several years in England and France.

Since making the move abroad, White has taken his game to another level, first with Montpellier in the Top14, and then with the Chiefs in the English Premiership.

White was sad to leave Exeter Chiefs too.

“I have loved every minute of my time with the Chiefs and when it comes to leave it will be a very tough time for me and my family,” he said at the time. “From the moment I arrived in Exeter, everyone has been so welcoming and provided us with a fantastic life, both on and off the field.

“Making the decision to leave has been one of the hardest I’ve had to do in my life, but I will do everything in my power to ensure that my final year with the Chiefs is a successful one.

“Right now, I’m completely focused on the Rugby World Cup and the Wallabies, and I look forward to getting back to the Chiefs and ripping in with them.”

He wants to make the Rugby World Cup with the Wallabies next year.

“The Brumbies is home for me, and Canberra is home for my family, so to know that my future is set and that I’ll be back at the Brumbies, it’s so exciting.

“Right now, I’m completely focused on the Rugby World Cup and the Wallabies, and I look forward to getting back to the Chiefs and ripping in with them, but again, knowing I’ll be returning to a place and a club I love is really special.”