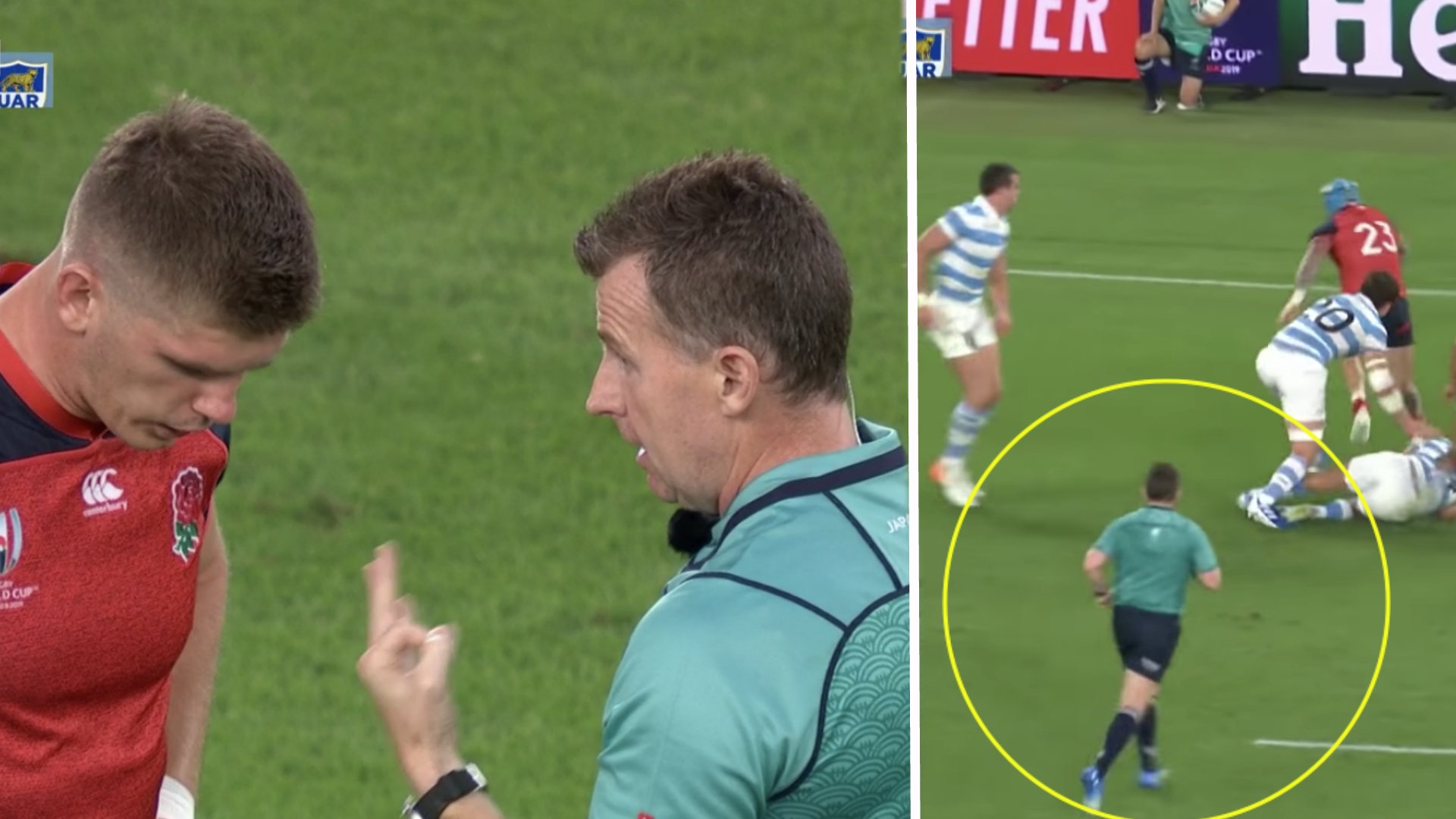 England came out runaway winners against Argentina today, winning the match 39-10. Referee Nigel Owens had a difficult match, having to handle the controversy of a red card challenge, and numerous spicy confrontations between players.

A Tomas Lavanini tackle on Owen Farrell saw referee Owens having to issue a red card to the Argentine lock after just 16 minutes, killing the match as any real contest. The Welshman received a lot of unwarranted grief from fans and pundits on social media for this, despite the fact that there was a clear shoulder to the head of the England 12.

Here is an example of some of the kind of criticism that he has been getting online since the match.

#ENGvARG Never seen such an unfair match. This ref #NigelOwens is a pure scandal : the air tackle was perfectly illegal yet shamefull #NigelOwens did nothing to blame England for this. What a little cunt.

The referee came under fire, not because of the fact that he shouldn’t have given a red card, but for the fact that he DIDN’T red card England centre Piers Francis for making a similar challenge against the USA last week.

An image below can show a comparison with the two challenges.

Do you think it’s fair the grief that referee Nigel Owens is receiving for this? We think it’s very easy to cherry-pick your arguments when you have the benefits of screenshots and slow-motion replays. Now you may have seen in the title that we said that Nigel Owens is all but confirmed as an England, and I’m guessing some of the less temperamentally stable will already be smashing your keyboards, assuming that we think he is an England fan for not red carding Francis? Well you would be wrong.

The real reason we said that is due to the fantastic reaction that Nigel Owens gave to the break that Jack Nowell made in the second half.

The Cornwall-born winger scored a fantastic try for England, beating three men on the way to dotting the ball down in the corner. On watching the replay, we couldn’t help but hear the referee mic pick up something that Nigel Owens was saying.

If you listen carefully you can hear Owens shout “GO ON” as Nowell makes the break!

Did you hear him shout it? England till he dies we say…

Or, it could just be that Nigel Owens gets an absolute kick out of seeing brilliant rugby tries. Back in 2o17, Irish younger Jordan Larmour scored a sensational try against Munster. Nigel Owens was officiating that game and you can hear his reaction to that run here.

Listen for Nigel Owens on the referee mic here as well. He loves it!

It looks like Nigel Owens may just really love backs doing what they do best!