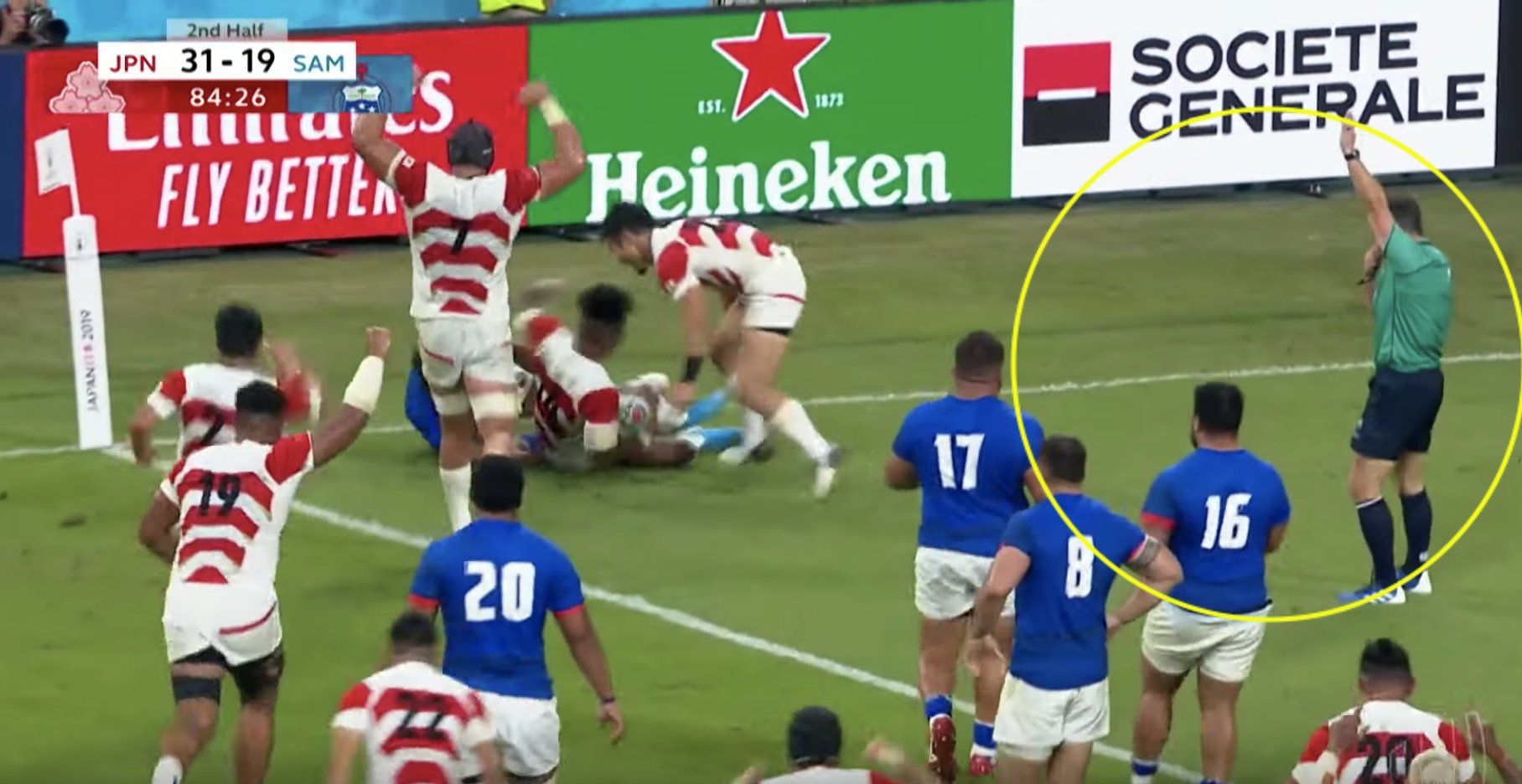 Scotland may very well be looking at a Pool stage World Cup exit after Japanese star Kotaro Matsushima scored a last-minute try to give Japan that all-important bonus point.

Pool A now looks very much in favour of Japan after they manage to get those important points which see them top Pool A. Here is how Pool A looks now after that game.

Japan still have to play Scotland in the final Pool game which will, of course, be a massive clash.

As you can see here, Japan are really in pole position to take this Pool. Scotlands fans will be very upset I’m sure.

Many people on Twitter were already jumping the gun assuming that Scotland had already been knocked out of the tournament. The boys in blue were keen to emphasise that that is not the case.

We absolutely love this from the Welsh Dalai Lama proper cracked us up, an accurate representation of how Scotland feels right now.

Samoa to Japan on a bonus point #RWC2019 pic.twitter.com/UV88KHahLY

“Was Samoa’s decision not to kick the ball out at the end because of the gubbing Scotland gave them and they wanted to spite them?. If so dick move but fair play. ”

“That was a bloody great game. As an Irishman, I should be supporting Samoa there but how can any rugby fan with a beating heart in their chest not want Japan to keep this up? I’m less upset we lost to them than any other nation we could have been drawn against and lost to. The only thing is I wanted to see the atmosphere at Japan vs NZ but this momentum continuing is the most important thing.”

“God I hope Samoa beat Ireland. What an upset that would be, and would define group A as the most thrilling group ever in a WRC.”

Also this group is really the only exciting one going into the last round of group matches with 3 teams battling it out. You’re welcome, tournament.

Here is a video of that final try. Look at how much it meant for the team after that.

Matsushima is an absolute machine, sure we will see him a lot more in this tournament!

5 minutes to go, you need two tries and you do this… Incredible.

South Africa reported no major injury concerns following their decisive 49-3 Pool B victory over Italy at the Shizuoka Stadium ECOPA on Friday.

The team travelled by bullet train to Kobe on Saturday with only wing Cheslin Kolbe not absolutely certain to be available for selection for the final pool match against Canada on Tuesday.

Kolbe twisted his left ankle in the final minutes of the match and was withdrawn as a precaution.

The player was x-rayed following the match – which proved to be clear – and was walking normally on Saturday.

“We have the usual bumps and bruises following a match but otherwise we’re in a good space,” said Rassie Erasmus, South Africa’s director of rugby.

“Cheslin’s ankle is a little stiff but he could probably play on Tuesday at a push.  We’re in the fortunate space of having a full squad to pick from.”

Kolbe scored two tries in the win over Italy – on the way to being awarded the Player of the Match prize – to take his test tally to seven in 12 Tests since making his debut 13 months ago.

Fellow wing Makazole Mapimpi scored his 11th in as many tests – and collected nine stitches in a forehead gash – while there were others for hooker Bongi Mbonambi, centre Lukhanyo Am, replacement hooker Malcolm Marx and a career first for lock RG Snyman.

The win moved the Springboks to the top of Pool B on points difference from Italy, although New Zealand have a game in hand.

The Springboks will name their team to meet Canada on Sunday.