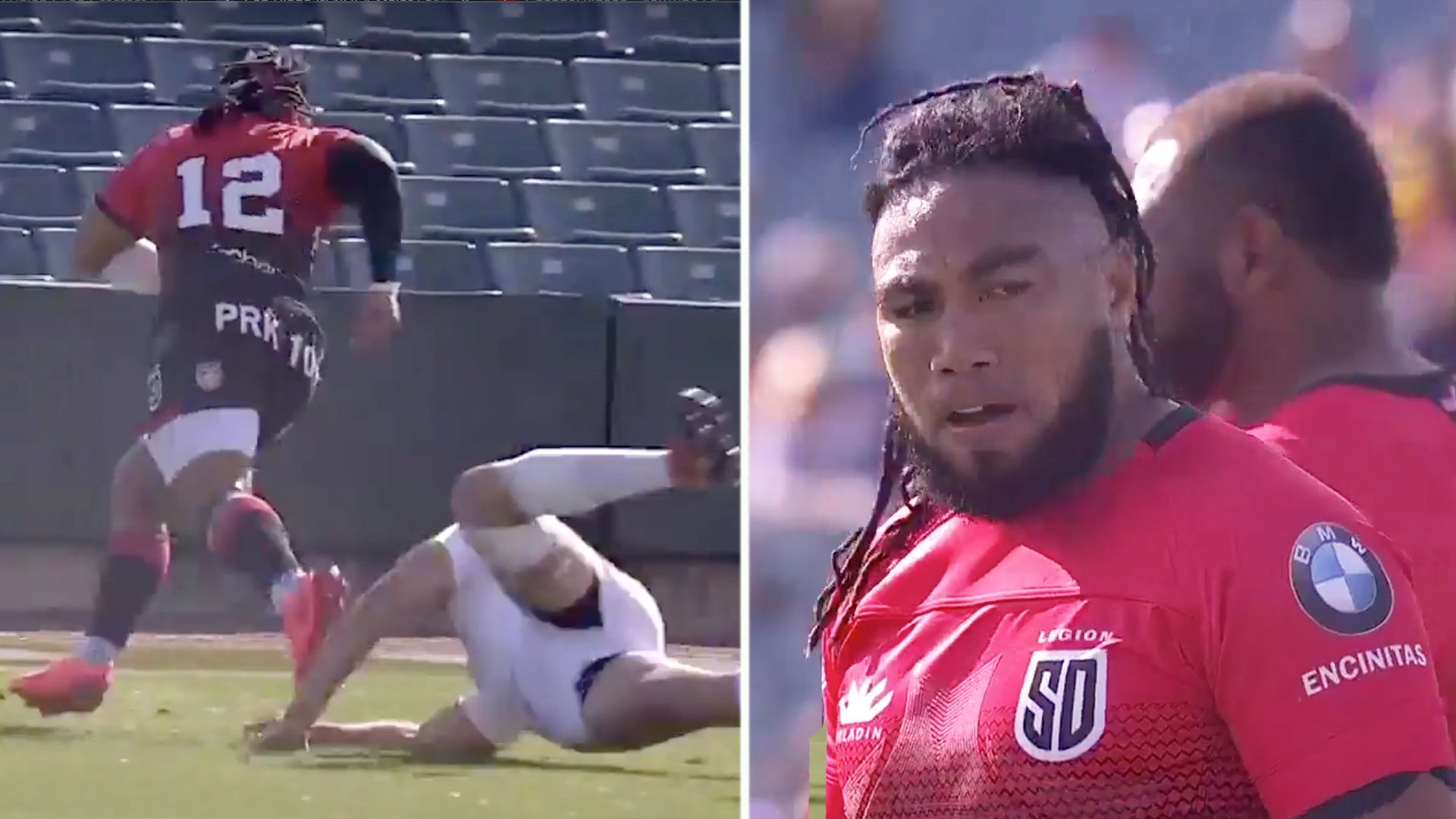 Legendary All Black and two time World Cup winner Ma’a Nonu was on sensational form for the San Diego Legion this weekend. This try was out the top draw! This try from Nonu in the MLR was sensational!

The All Black quality of Nonu appears to be rubbing off on his team as they scored this brilliant try from one end of the field to the other.

This try was scored in their match against Nola today!

However, in 14 appearances, the 37-year-old pushed his claim in a struggling Blues outfit and but was left out in a crowded All Blacks midfield.

The competition features 12 teams, with 11 from the US and one from Canada. The Seattle Seawolves have claimed the title in both seasons played to date. Nonu is scoring try after try in the MLR!