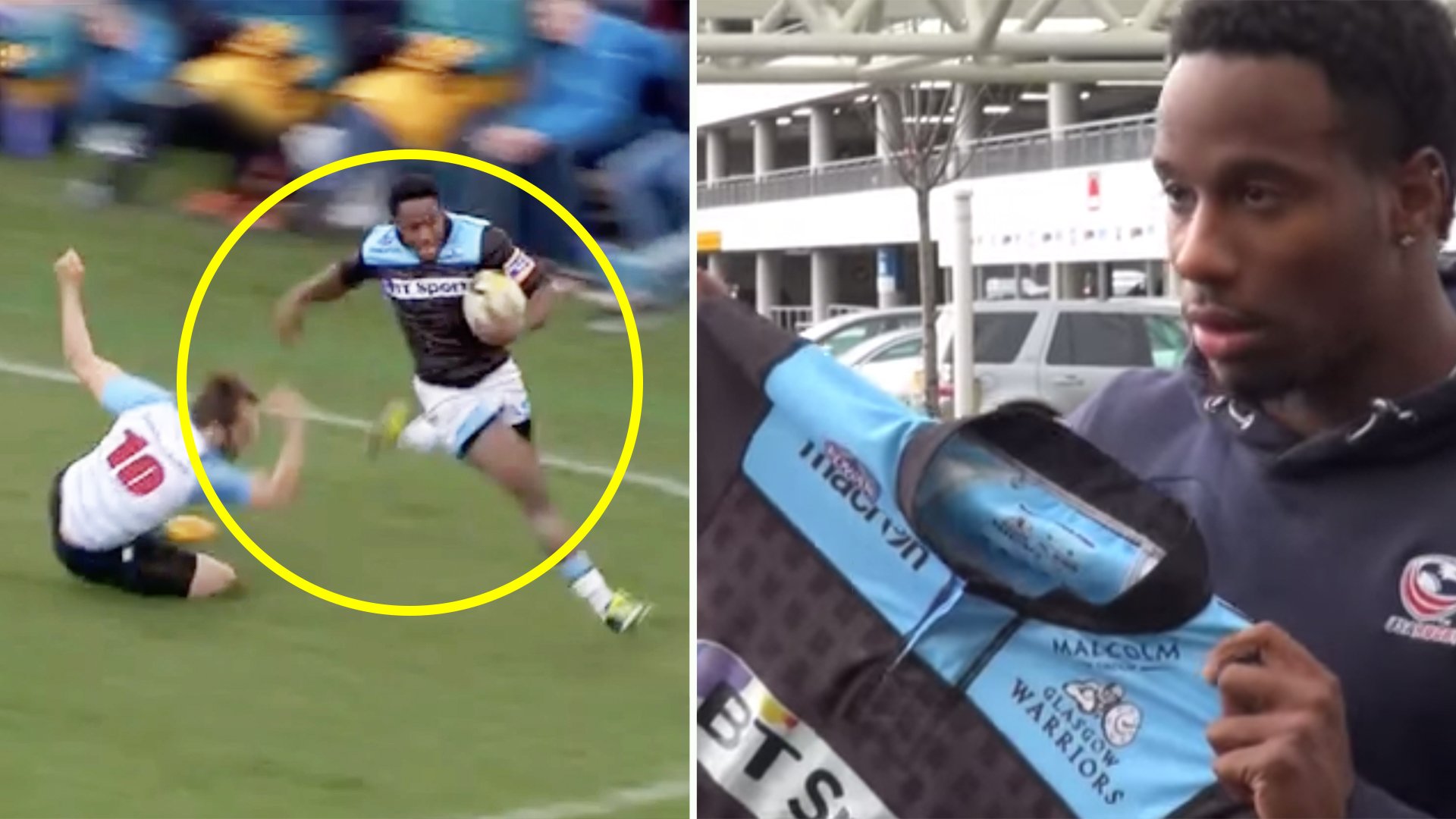 Not many rugby fans will know this, but USA rugby sevens star, Carlin Isles actually played for Glasgow Warriors for a short period.

United States Sevens international Carlin Isles – widely described as the fastest man in world rugby – set the Melrose Sevens alight back in 2014 with a dazzling display that stunned Scottish fans.

The American flyer scored some spectacular tries in the tournament that is held just north of the Scottish border and starred for Glasgow helping them walk away from the tournament as victors.

The USA winger played in the Melrose Sevens and was on a different level to the other players around him!

Formerly a sprinter, Isles’ has a wind-assisted best of 10.13 seconds for the 100m and just missed out on qualification to the 2012 Olympics for the men’s springing team.

Isles shot to stardom back in 2012 after a video of him scoring length of the field tries for the USA national 7’s team went viral.

The NFL scouted runner was fast-tracked into the USA men’s team after contacting the chief executive of USA rugby to ask if he could have a game, after his dream of running at the 2012 Olympics was gone.

The Chief Executive, a former England captain Nigel Melville, saw that Isles was the 36th fastest sprinter in the USA and gave the rookie a shot against New Zealand at the Gold Coast Sevens.

The speedster made an immediate impact, scoring tries for fun from all over the pitch with performances that amazed fans around the globe.

Isles was so new to rugby that he would hand the ball to the referees after scoring tries for the USA much to the amusement of his teammates.

After the American’s heroics at the 2014 Melrose 7’s he chose to leave Glasgow and to continue to pursue his career in 7’s rather than to play the 15-man form of the game with the Pro 12 club, then coached by Scotland manager Gregor Townsend.

Today Carlin Isles still is a key man in the USA 7’s team and recently helped in his side’s qualification for the Tokyo Olympics.