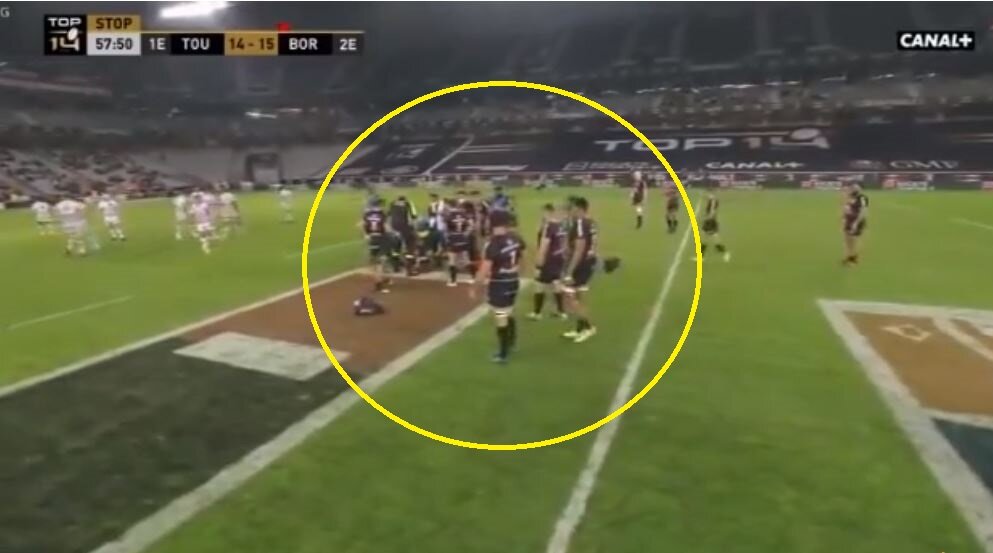 Romain Ntamack has been involved in an awful head-on-head collision in France, leaving him needing hospital treatment.

It’s one of worst of its kind that we have seen in some time.

He was instantaneously knocked out but there were prompt worries for Ntamack’s wellbeing after a nauseating fall that happened subsequent to being taken out during a surge tackle from focus Ulupano Seuteni.

The flyhalf fell with his head bowed, and afterward sustained a subsequent head thump as he hit the ground prompting worries about his neck. The occurrence stopped play as match specialists raced to Ntamack’s help prior to stretchering him off.

Ntamack offering the crowd a thumbs-up as he left the field, however the blow will stop Ntamack from playing for some time and seeing Ntamack on the turf was a frightful search for the sport.

Toulouse lead trainer Ugo Mola demonstrated as much in the after-match public interview, saying it would be ‘hard’ for him to watch. He said that there will be different finals for Ntamack, and the club won’t hazard his wellbeing.

It’s anything but a truly necessary reaction from the club official, not making light of the seriousness of the occurrence and putting Ntamack’s wellbeing first.