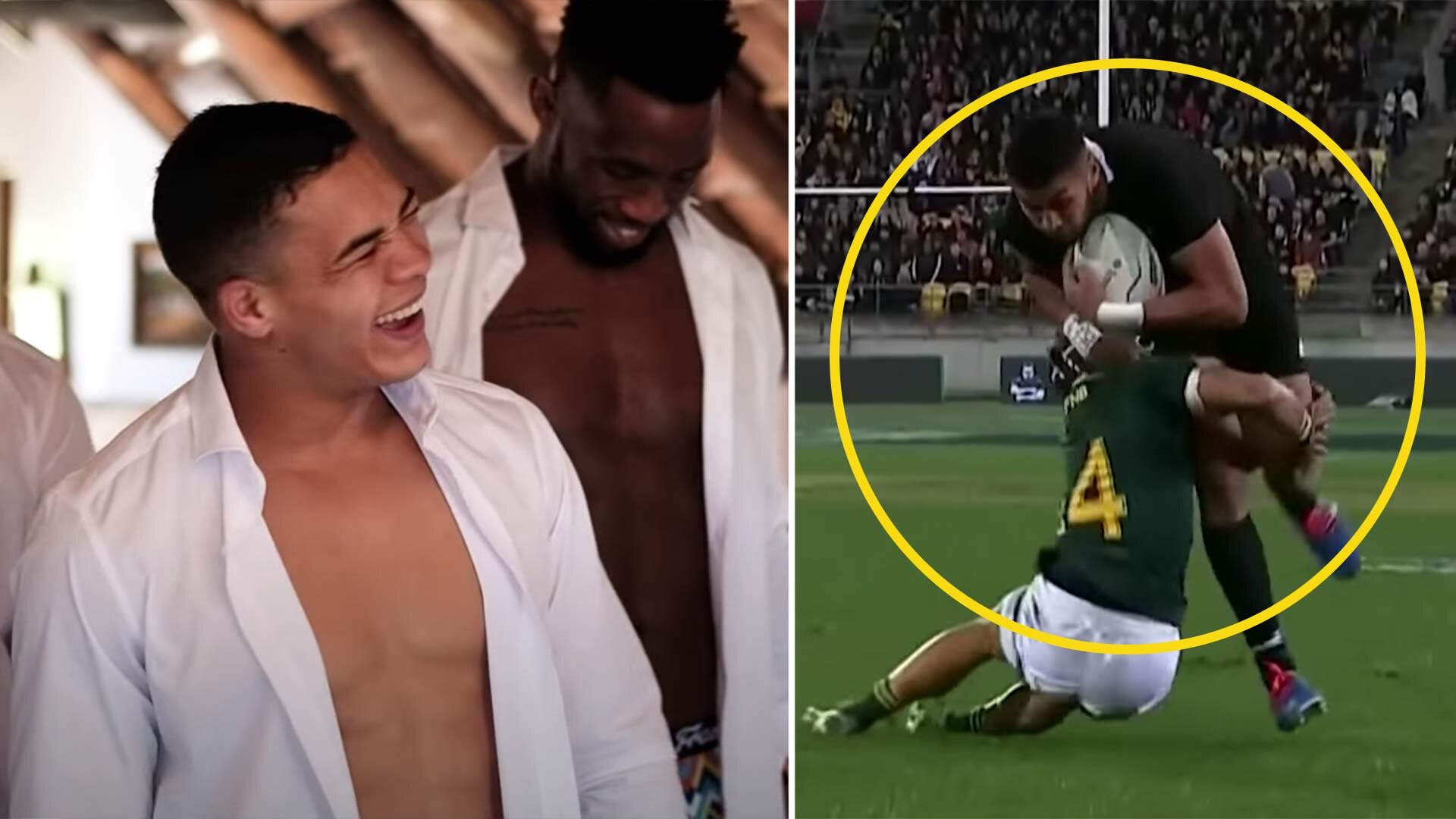 An incredible video has dropped showing just how unique Springboks and Toulouse winger Cheslin Kolbe is for club and country. This video perfectly displays just how good the player has been.

A channel known as ‘Die Hard Rugby’ has consistently been making brilliant highlight reels on the Springbok players and this one is quite possibly the best of the whole bunch. The video shows just how uniquely brilliant that Kolbe has been throughout the last couple of years in his career.

Kolbe wowed the rugby world at the start of this year with some brilliant performances at 10 for French club Toulouse.

Cheslin Kolbe has a peg on him 💥 pic.twitter.com/Oy79JB6teg

We would go as far as classing Kolbe as one of the greatest wingers of this century so far. The 20th century saw the power of Jonah Lomu rampaging through defences in the sport.

This new century has seen the rise of smaller wingers dominating, with Shane Williams, Vincent Clerc and Bryan Habana all showing how speed and acceleration can rise above everything else.

Kolbe can very well be seen as being above all of the players noted above, barring Lomu, because he has even more incredible skills that they don’t have like defence and kicking.

This highlight reel hyped us to see Cheslin back in action so much!