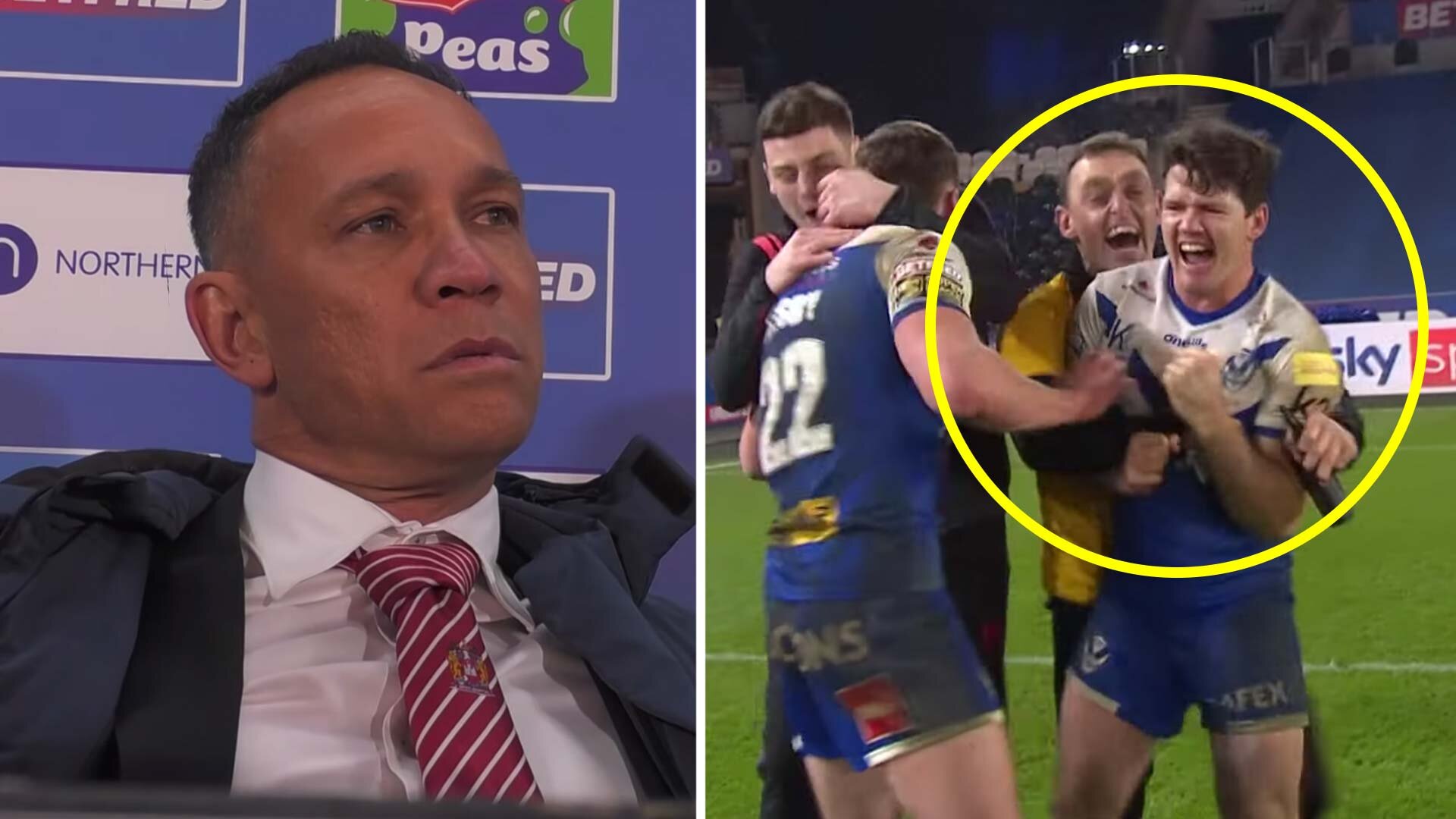 We know we are a Union page, but we simply had to share a story about this incredible finish the English Rugby League final this weekend.

One of the best finals ever just happened in Rugby League as the code saw it’s the conclusion to the English domestic season. St Helens took on Wigan in the final this year. We were lost for words when we watched the match.

Wigan took on St Helens this weekend in an incredible final which went down to the very final kick of the game.

It’s hard for rugby fans who do not watch Rugby League often to fully grasp just how good this match was.

It was one of the best games the sport has ever seen!

Fans were left stunned watching from home on their TV’s after both sides battled until the very end.

We are not ones to report a lot of the time on Rugby League, but when games are like this, you just have to sit up and take notice. St Helens and Wigan as ultimate rivals in this competition.

The Wigan player went for a dropkick on the 5th and final tackle of the match, he hit the posts and then the youngest player on the pitch was quick to chase down the ball and dot it down.

Here are the full highlights of the match.

We have skipped it to the final 2 minutes of the match when the iconic moment happens.