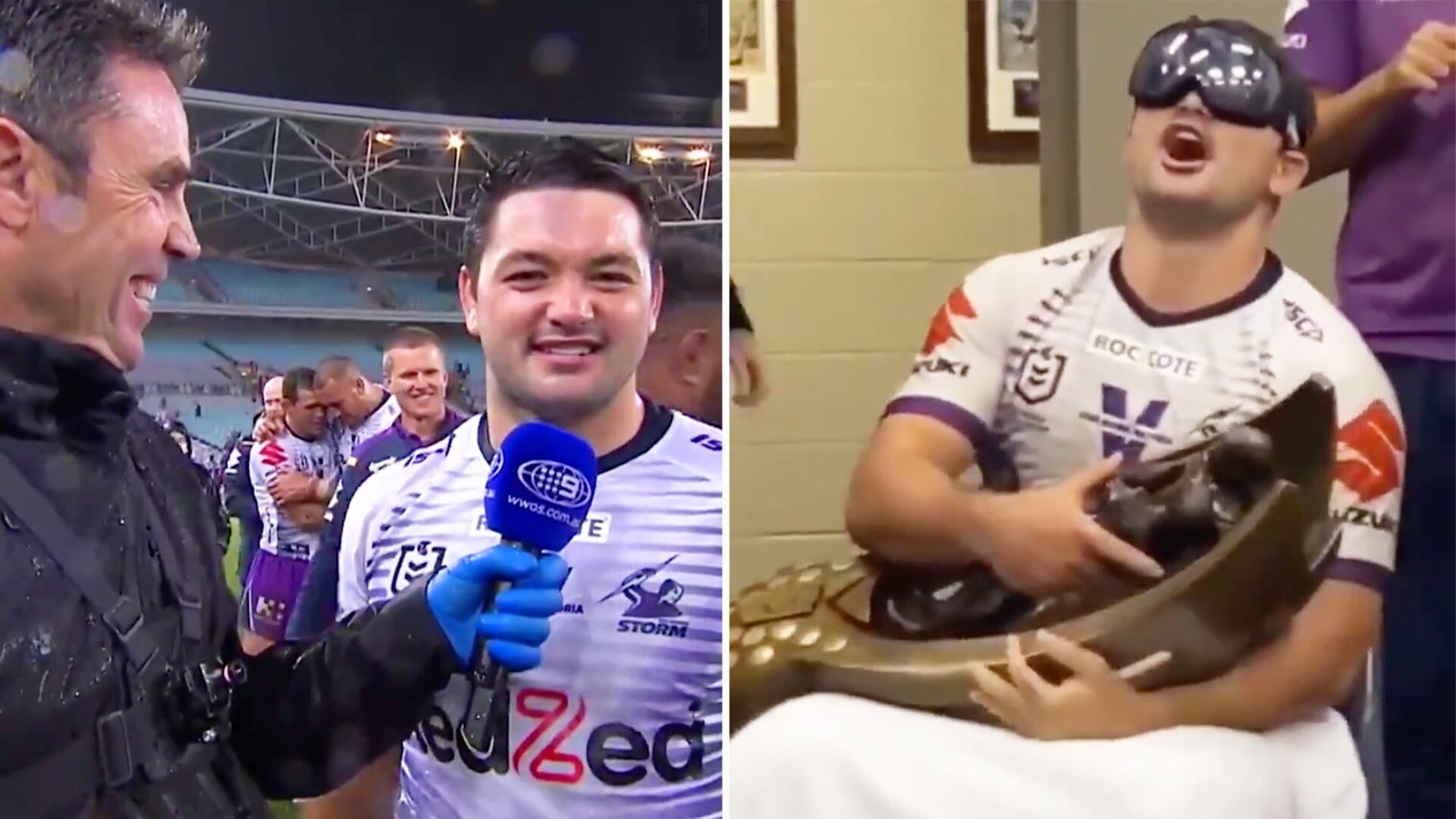 Melbourne Storm were the victors in a brilliant NRL Grand Final yesterday as they fought off the Penrith Panthers 26-20.

This was their fourth National Rugby League Grand Final and it was played in front of over 37,000 fans at the ANZ Stadium in Sydney.

Melbourne star, Brandon Smith, shocked some viewers at home with a no holds barred interview in the immediate aftermath of his side’s victory. One user on social media reacted to his antic with, “Lol, a lunatic off and on the field, classic!”.

Smith starred in his side’s thrilling win over the Panthers in what was a fantastic final with scintillating scores from either side.

As he was brought forward for a reaction after the match it was clear that the Storm players were ecstatic with the result – and Brandon Smith perfectly encapsulated the mood of the team with this brilliant interview. Watch it, in full, below

Hectic Cheese with an all time hectic interview 😂🧀 pic.twitter.com/QxmlXs0oq3

It seems that the celebrations went on long into the night and with the wonders of modern-day technology, fans were able to look in on just how much the Storm stars were revelling in their Grand Final triumph.

It was of no surprise to anyone that Brandon Smith was true to his word and had, it would appear, consumed an unholy amount of alcohol at the time of this video being recorded.

We see here as he cradles the trophy like a newborn baby – can we blame him?

The Storm star posted this in jest in reply to a news article that stated that, “Sydney couldn’t stand the Storm”.

SCREAMING at this. Brandon Smith for president of the NRL pic.twitter.com/vQNqFctbDq

That’s one way to silence the critics! Watch full highlights below of the NRL Grand Final between Penrith Panthers and Melbourne Storm.