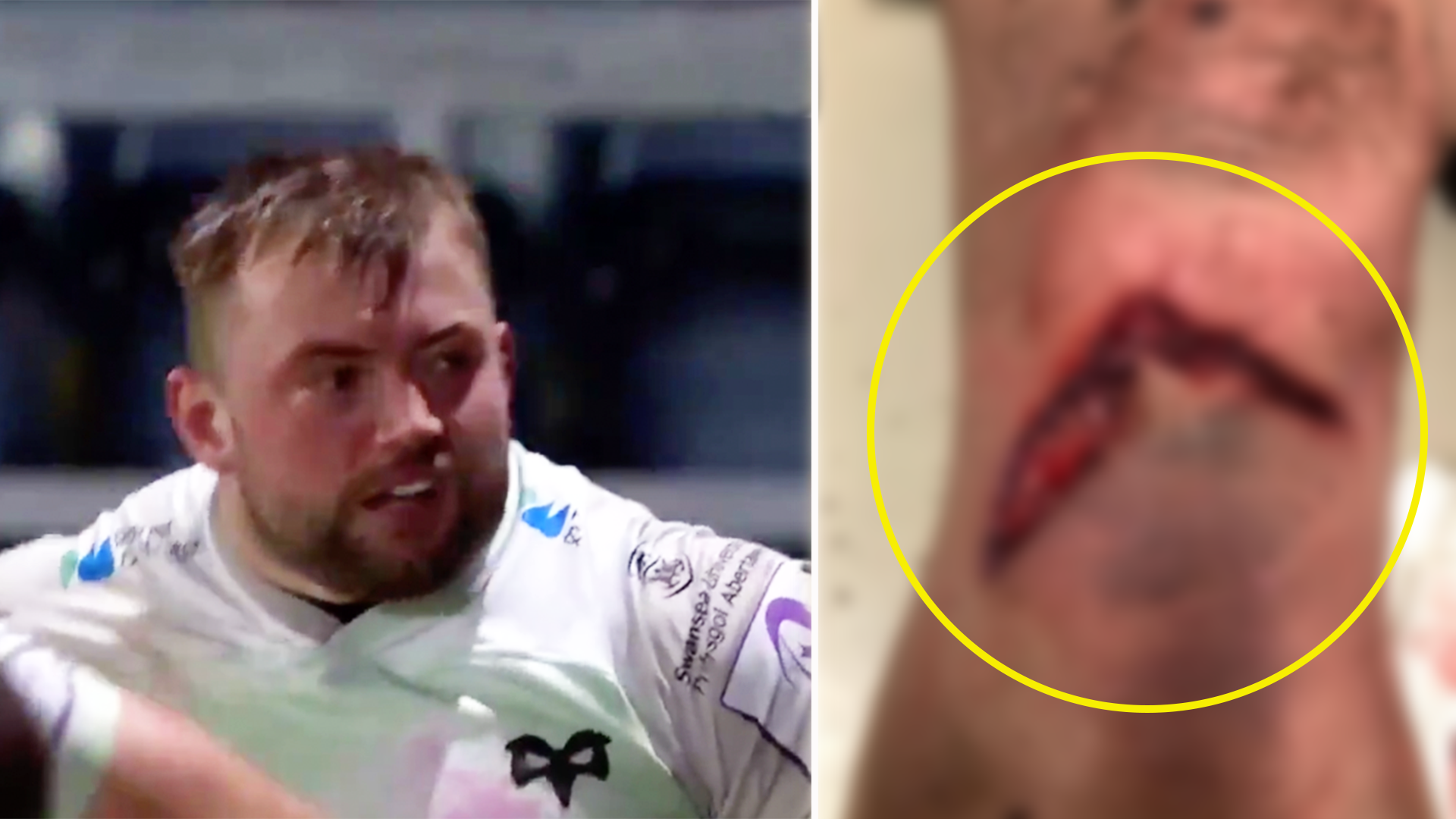 Ospreys and Wales hooker, Sam Parry, had one hell of a night at Sixways in the Challenge Cup.

The 27-year-old scored a try in his side’s 29-38 win over Worcester Warriors in the European clash.

Sam Parry sustained a horrific injury in his side’s comeback victory – revealing the shocking extent of the damage this morning on his Twitter page.

Parry won his first cap for Wales in the recent Six Nations tournament after coming on against France in Paris on the same day that Louis Rees-Zammit made his first appearance for the men in red.

The hooker has been in brilliant try-scoring form for the Swansea side and he bagged himself another last night.

He barrelled over for this score from a rolling maul in the dying minutes of the half to extend the visitors lead going into the break in the crunch Challenge Cup fixture.

Worcester fought back in the match but were pegged back again and again by the Swansea side and this late try from George North proved to be the match-winner after some wonderful running for the test centurion at Sixways.

Watch the sensational match-winning try from George North in the video below.

What a try from George North!! Less than a minute left! @S4cChwaraeon pic.twitter.com/NC8QGwmxTh

Sam Parry picked up a nasty injury during his side’s dramatic win and it wasn’t until this morning that he revealed the true extent of the damage he’d done to himself to his followers on social media.

Here is the sickening image that the 27-year-old posted out this morning.

Another good night with the fellas, some big character shown to come away with the win & 5 points. Even better having some @ospreys @OspreysSC there to cheer us on 🙌🏻 Makes waking up with my leg stuck to the sheets worth while 😂🤦‍♂️. ⚫️⚫️⚫️🦅🦅 pic.twitter.com/kTJWH0Ih0K

Watch full match highlights of the Ospreys Challenge Cup victory in the link below.