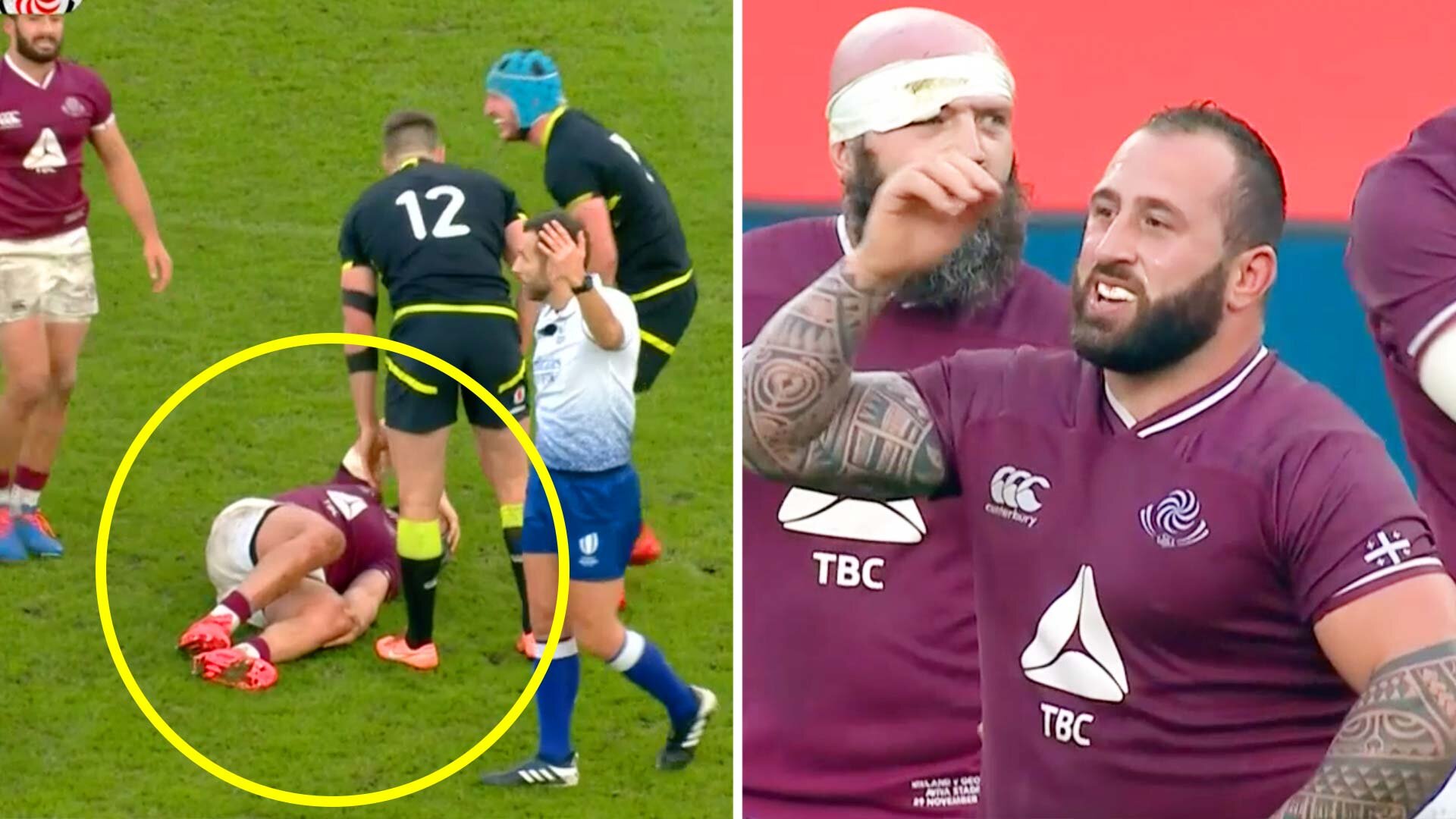 Several TV viewers were left complaining after the horrifying screams of an injured  Georgian player were picked up on a mic by the referee.

The moment happened in the 60th minute of the match when Georgian forward Beka Gorgadze was tragically taken down with a knee injury which caused him to cry out in pain. Rugby players being injured is no surprise, but this was different.

The lack of crowd meant that everyone was able to hear his injury, something which would never have happened if there was a full crowd there.

That’s a real shame. Beka Gorgadze has been Georgia’s best player in the Autumn Nations Cup by a distance.

Ireland ground out an unconvincing victory over a Georgia side full of passion and guile. They even scored one of the tries of the tournament thanks to a brilliant solo effort by their centre.

There were reports on social media of some fans complaining to the broadcaster about being able to hear the cries of Gorgadze on the ref mic when the horrific injury happened.

It shows just how physical test level rugby is, when you can hear every single collision during the game like you were right there.

We found a clip showing the moment the ref mic picked up the injury. It is uncomfortable viewing, but surely this can not warrant someone wanting to complain about it happening?

🚨 not for the faint hearted🚨 One of the grizzly realities of rugby behind closed doors is hearing these kind of sounds after injuries 😳 pic.twitter.com/D34NBqI6Bj

Rugby Onslaught will continue to report on any fallout of this incident as it comes to our attention. Injured.