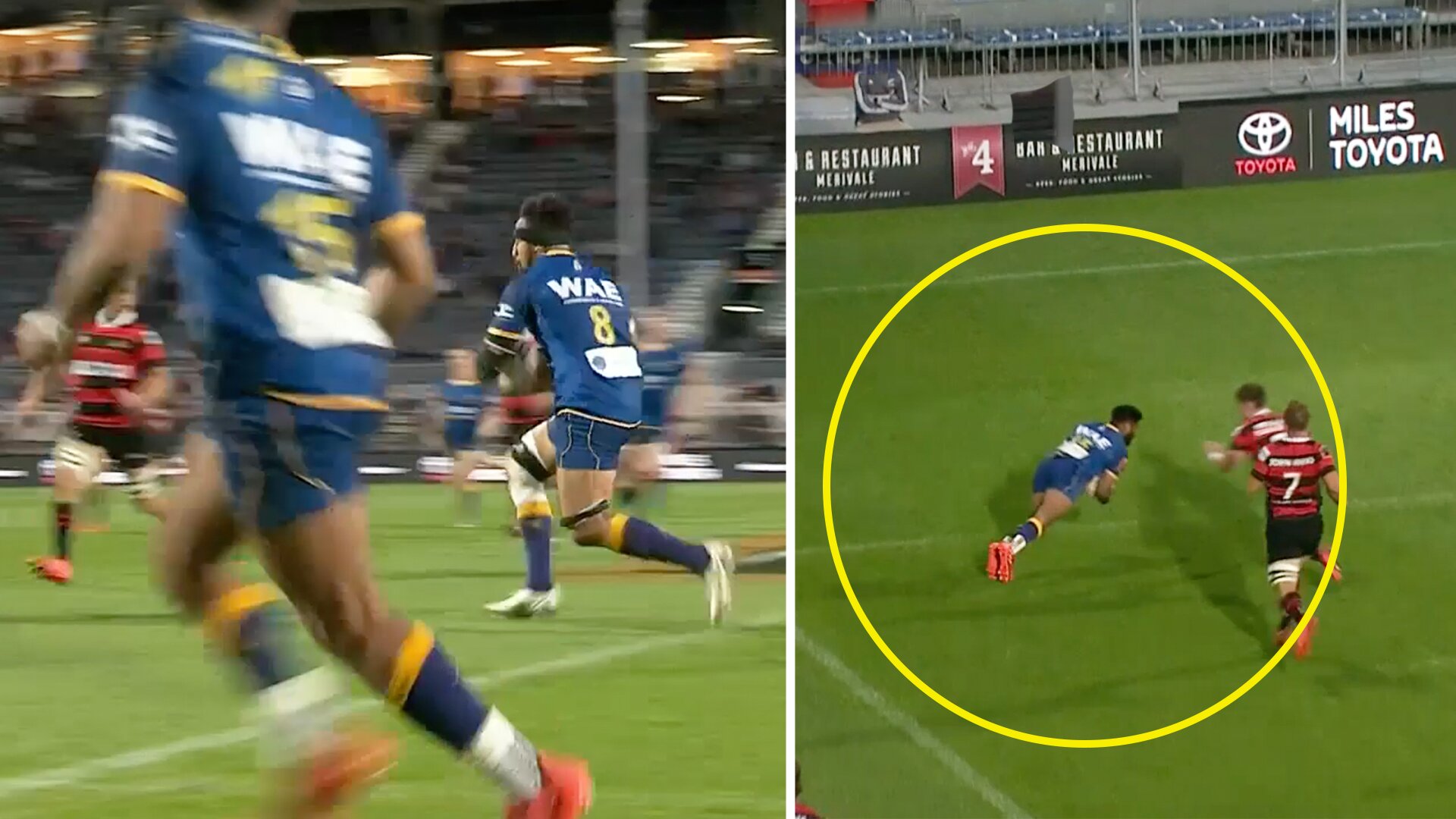 The Mitre 10 Cup treated us to another spectacular this moment this morning as Otago faced up against Canterbury in an energetic encounter.

Otago came away as 16-23 winners to add further woes to what has been a shocking season for Canterbury.

There was one moment, however, that really stood out for the visitors in the second half as they pulled off one of the finishes of the season to score in the corner.

We watch as Otago make a dangerous excursion into the Canterbury half just after the 50-minute-mark.

They throw it wide from right to left before it falls into the hands of number eight, Nasi Manu.

The powerhouse Tongan number eight takes on his men on the outside before throwing one of the most audacious passes imaginable to put his winger away in space. Watch the phenomenal score below…

He might be coaching royalty in New Zealand but Steve Hansen’s been given a prod from his successor to leave the All Blacks alone.

Hansen’s shock decision to accept a new job as a high performance consultant with the Bulldogs has left everyone on both sides of the Tasman shaking their heads in disbelief that he would join the 13-player code.

After winning two World Cups with the All Blacks, one as an assistant and another as head coach, Hansen’s stocks in New Zealand are so high that he can do anything he wants – but with one big exception, as the current All Blacks coach Ian Foster was quick to remind him.

🗣 “You have to understand who you are as a team. Who you are representing and the history of that.” – Steve Hansen#proudtobeabulldog pic.twitter.com/EnVosp02W4

“I’m excited for him. I’m sure he’ll do that stuff really, really well, working with other coaches,” Foster said.

“I had a call with him today and told him I’d banned all our backs answering any calls they get from him.

“It’ll be great for him and I know personally his ability to assist young coaches and help them grow is going to be fantastic so I’m sure that the Bulldogs will benefit greatly from him.”

Meanwhile, Hansen says he’s confident he can offer the right tools to aid in the revival of the Bulldogs, despite his lack of NRL experience.

Speaking to Bulldogs media, Hansen said it won’t be a problem and he was merely brought on to “coach the coach”.

“Coaching’s coaching I think. I don’t have to understand the nuts and bolts of the game because I’m not coaching the game, I’m just helping coach the coach and his group,” he says.

“I think that’s the same in any sport, if you get certain things right you’re going to get the environment you need to be successful.

“Looking forward to joining up with it, it’s an exciting challenge for myself it’s a different sport.”

The double World Cup winner mirrors a path he implored during his hugely successful time at the helm of the All Blacks – bringing a fresh outlook into training camp with the inclusion of personalities from others sports.

“[I’ve] always been open to having people come in and visit us from other sports, and league’s taken advantage of that. We’ve had Laurie Daley, we’ve had Craig Bellamy, we’ve had Ivan Cleary and Trent, just to name a few people,” he says.