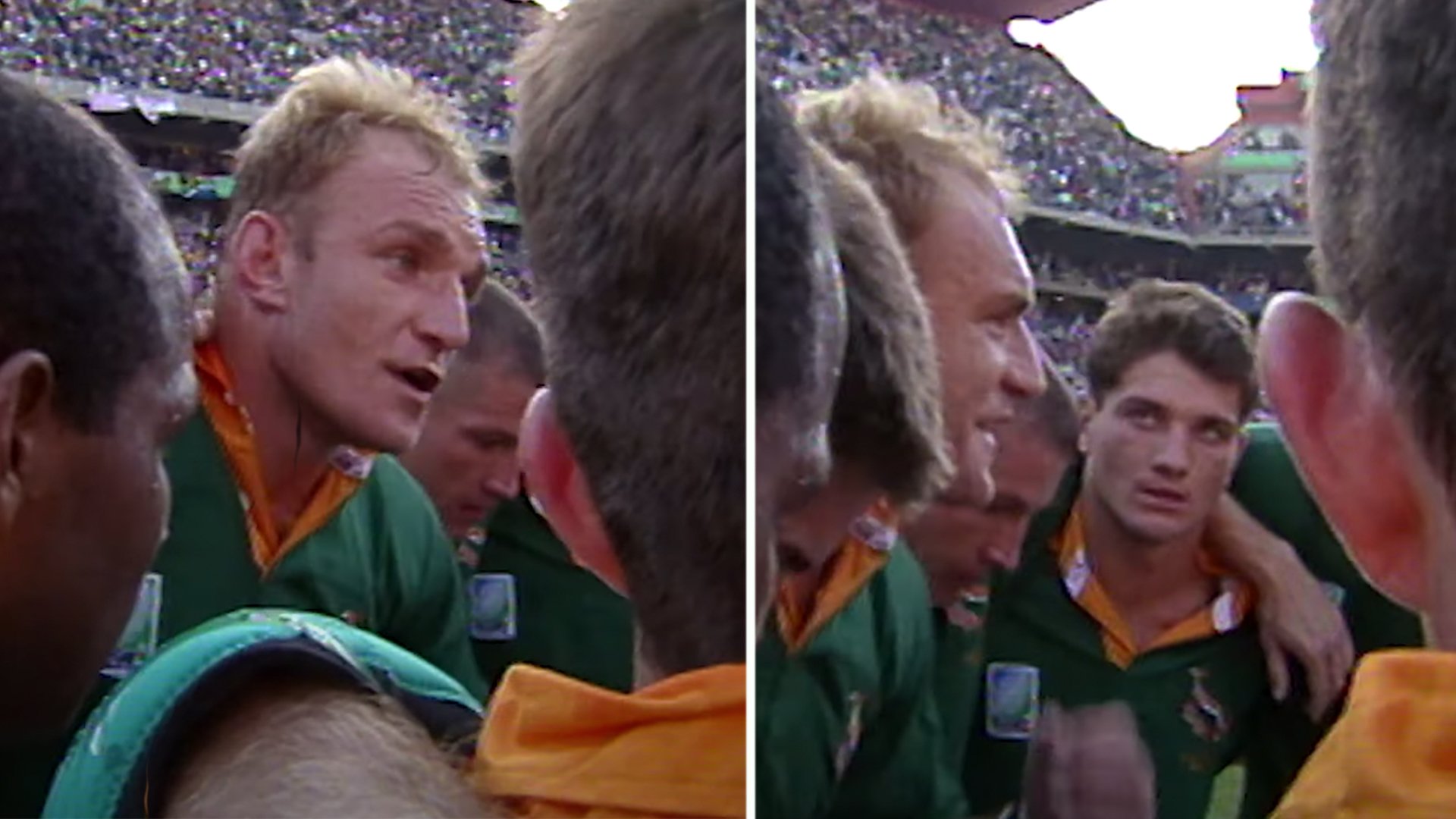 World Rugby has just released the incredible and inspirational team talk that Francois Pienaar gave to his Springbok team at half time during the 1995 Rugby World Cup final against New Zealand.

World Rugby today released the full match of the 1995 final in HD footage.

We were covered in Goosebumps when we watched this footage, it looks more intense than the version that Matt Damon did in the movie adaption Invictus!

This is why Francois Pienaar is remember as one of the greatest rugby captains ever!

The speech was so impressive that the film Invictus did their own version of the famous speech.

To be honest, we think the original was even more dramatic than the film version!

At a loose end about what to do this weekend?

World Rugby have just dropped over two hours of the legendary 1995 Webb Ellis Cup final for all of us to enjoy in crisp high definition to tide over weary rugby fans yearning for a taste of live rugby.

This was one of rugby finest hours with Francois Piennar’s Springboks defying all the odds to overcome the mighty All Blacks to lift the Webb Ellis trophy at a packed out Ellis Park.

It was a stellar rugby fixture featuring some of the biggest rugby names on the planet, including Joost van der Westhuizen, Zinzan Brookes and Andrew Mehrtens.

Jonah Lomu had quite literally crashed onto the World Rugby stage with devasting performances leading up to this epic showdown at the home of South African rugby.

The moment is thought by some to be one of the most famous finals of any sport.