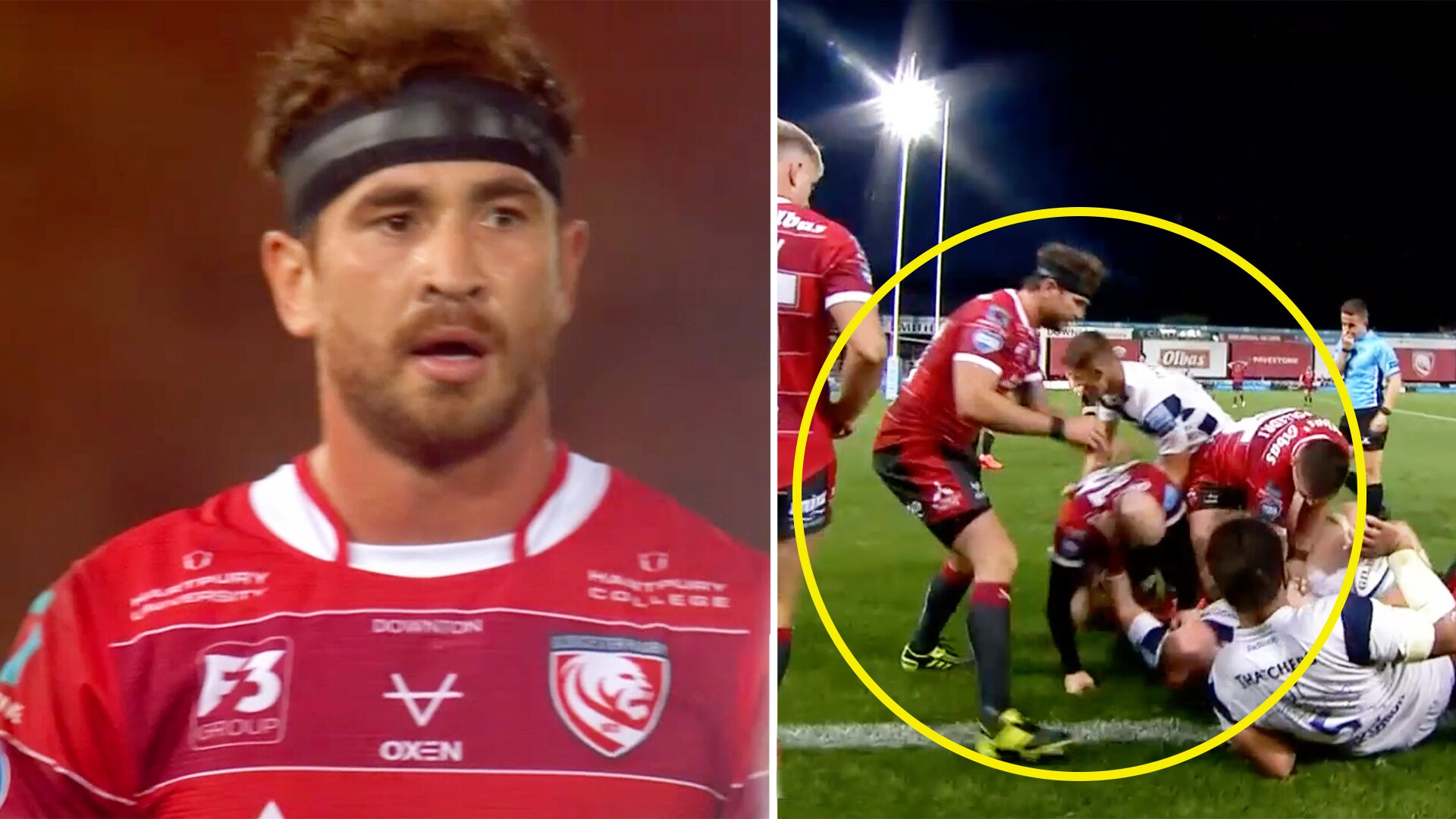 Last night’s match-up between Gloucester and Bristol Bears had been a decent, hard-fought encounter – that was until these scenes of chaos early on in the second half featuring former England star Danny Cipriani.

The Cherry and Whites were being pumped by Premiership hopefuls, Bristol Bears,  when the incident took place.

Fans have been outraged at the cheap shot that appeared to go completely under the radar of referee Luke Pearce.

The shocking incident occurred in the 49th minute of play with the scores standing at 17-26 to the visitors.

We see as Bristol make a break down the left wing through some good handling from their talismanic centre, Semi Radradra.

Bears lock Joe Joyce lies on his back after being brought down near the touchline before being hit with a separate cheap shot from Gloucester scrum-half Joe Simpson.

Simpson drops the shoulder on Joyce as he lays at the bottom of the ruck much to the dismay of the Bristol players but the truly shocking moment is still to come as fly-half Cipriani approaches Joyce from behind before unloading a sickening shot into the lock’s face.

We watch as Cipriani sneaks slips away from the group of players as the focus centres in on Joe Simpson.

How he avoided a red card for this we do not know.

watch the sickening cheap shot below

What about Cips with the cheeky slap to the face! pic.twitter.com/8GFv4Y4M2y

Do you think the referee was lenient here? Let us know what you think.