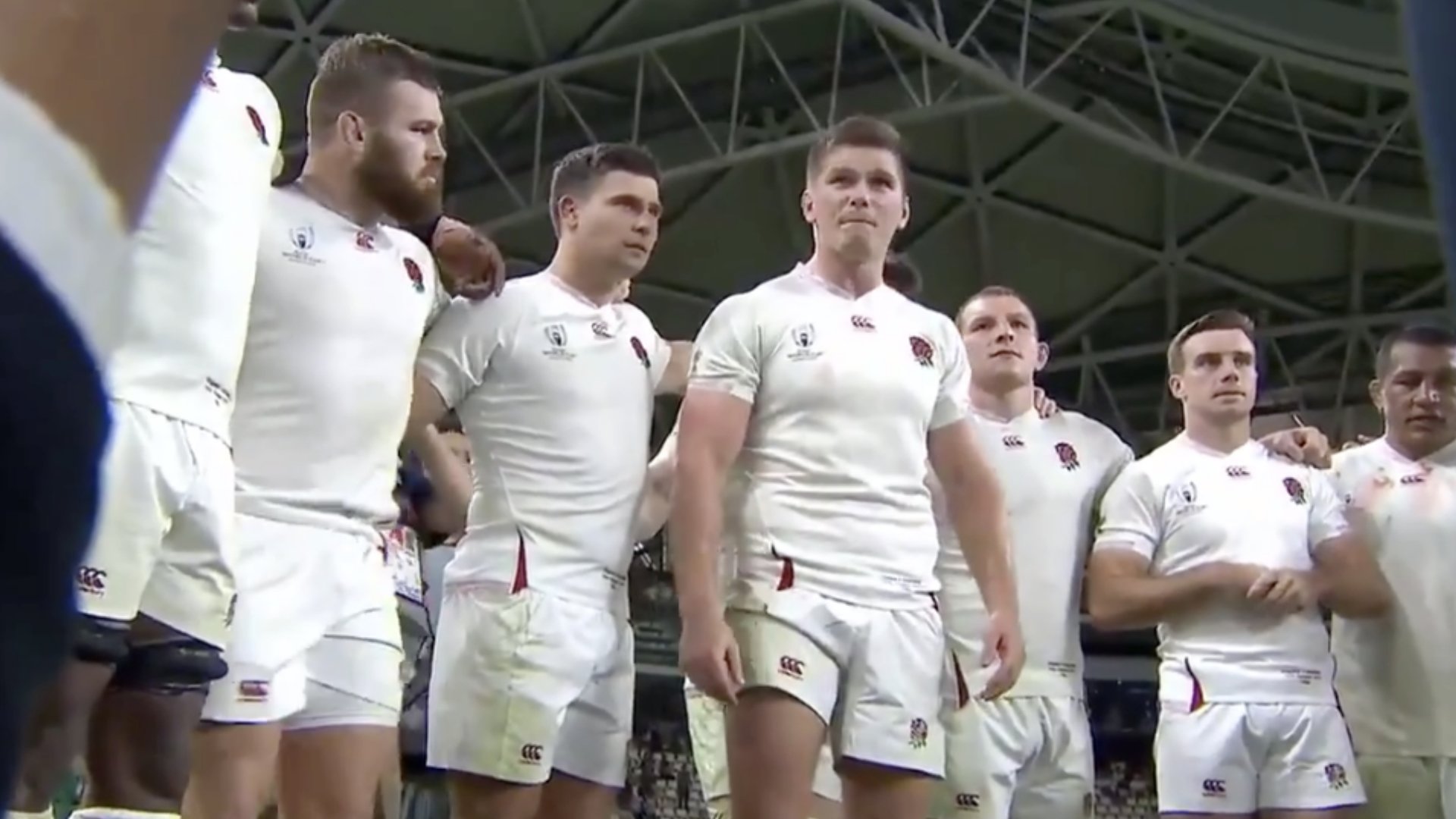 What a brilliant team talk from Owen Farrell after their win against Australia.

Eddie Jones becomes the first RWC head coach to beat his native country in the tournament. Twelve previous attempts at that had all failed. Joe Schmidt can join Jones of he beats his native New Zealand later on Saturday, 19 October.

England recorded their joint biggest win against Australia, equalling the 30-6 victory in November 2017.

Michael Cheika was clearly very upset after their narrow loss…

In contrast, England coach Eddie Jones was over the moon.

It’s amazing the complete opposite mindsets after a big game like this.

"The good news for us is we can still improve"@EnglandRugby coach Eddie Jones thinks his side can still improve after their 40-16 victory over Australia in the #RWC2019 quarter-finals.#ENGvAUS #RWCOita pic.twitter.com/0Lg1sQ7kkS

Australia conceded their most points in a RWC match (40). On two previous occasions (including the quarterfinal at RWC 2015) they conceded 34.

Farrell’s 20 points today were the most by an England captain in a RWC match. The previous record was 17 by Rob Andrew against Italy in 1995

Look at the team talk that Farrell gave his team after the match, brilliant to see this.

Owen Farrell speaks to his team after their quarter-final win against Australia at Rugby World Cup 2019 #RWC2019 pic.twitter.com/xhCOConxKJ

The memes at the Rugby World Cup have all been phenomenal, but we had to share this meme.

Check this meme out from the Rugby World Cup social media site.

This was the seventh RWC match between England and Australia, tying it for most common fixture in the history of the competition, alongside Australia v Wales and France v New Zealand.

Kyle Sinckler scored his first test try in his 29th test appearance for England. He became the first starting prop to score for England in a RWC match. The only jersey one through 15 that has not scored a RWC try for England is number one.