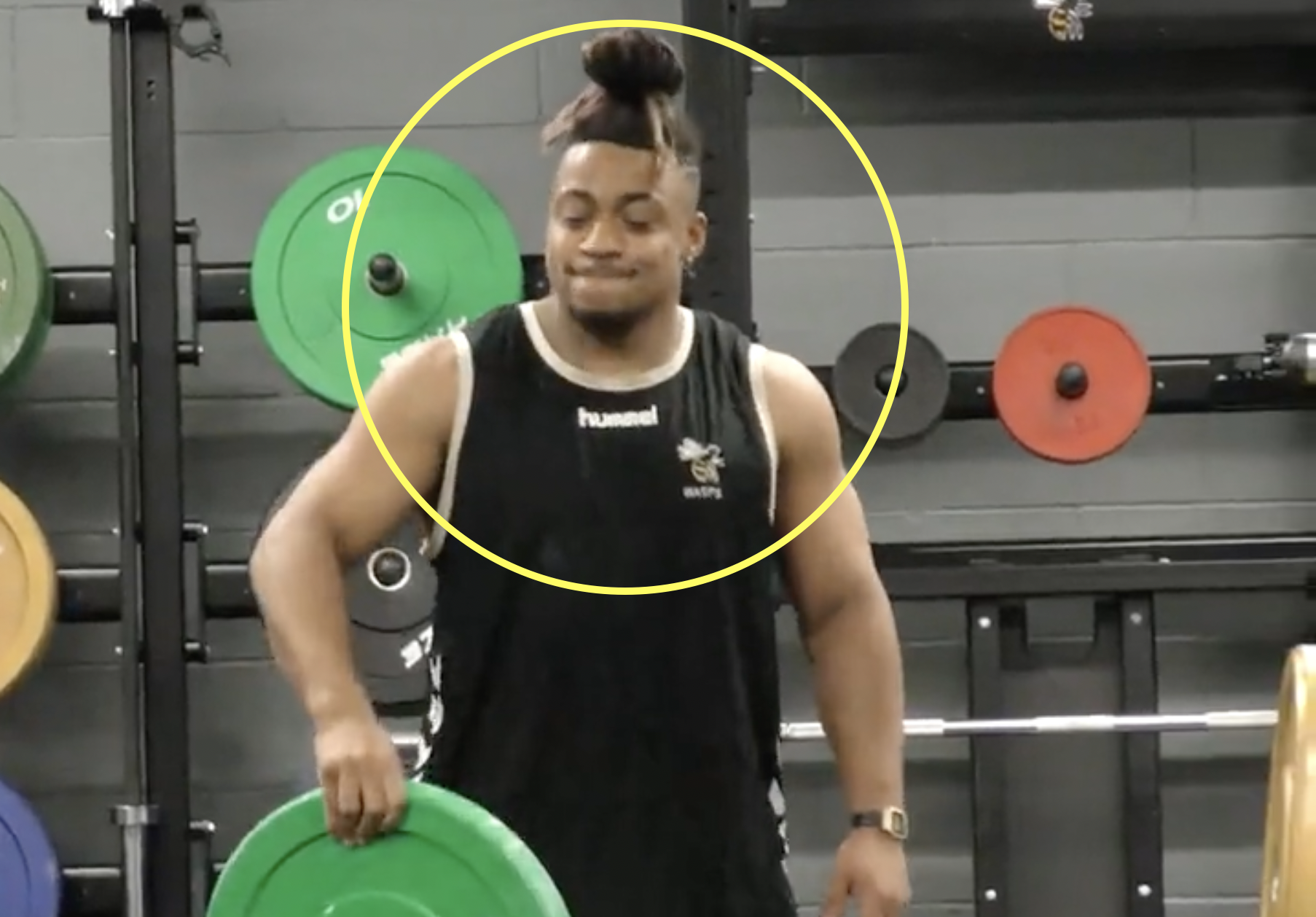 Paolo Odogwu shows he’s an absolute beast in the gym

Wasps’ Paolo Odogwu has made quite an impact since he made his return to action last month after a long spell out with an ACL injury.

The 24-year-old has played two Heineken Champions Cup matches and three Gallagher Premiership matches, winning four from five, including all three in the league. He has a return of four tries in those three games, scoring match-winning tries two weeks in a row now against Exeter Chiefs and Bath.

It is fair to say that his return has coincided with a change in fortunes for his club, as Wasps have surged up the Premiership table and now sit in fifth place only one point behind Harlequins, who they play this Saturday.

It is a safe bet that the Wasps man spent plenty of time in the gym whilst he was injured, and he looks to be reaping the rewards on social media this week. Wasps shared a video of Odogwu doing plate flips in the gym with 10kg plates, and he makes it look pretty easy. This requires a lot of forearm strength, which but it was never in doubt that a player with Odogwu’s power on the field would also be pretty handy in the gym as well.

Odogwu is part of a contingent of important players that are returning from injury at the moment, with captain Joe Launchbury also making his comeback from an ACL injury. Odogwu has helped relieve some selection pressure on Lee Blackett, particularly as he has covered both outside centre and the wing since his return.

The Wasps star will be eyeing up a return to the England setup again after being part of Eddie Jones’ squad in the 2021 Six Nations. This was actually a cause for controversy during last year as Odogwu remained in camp throughout the entire Championship but was never actually capped.