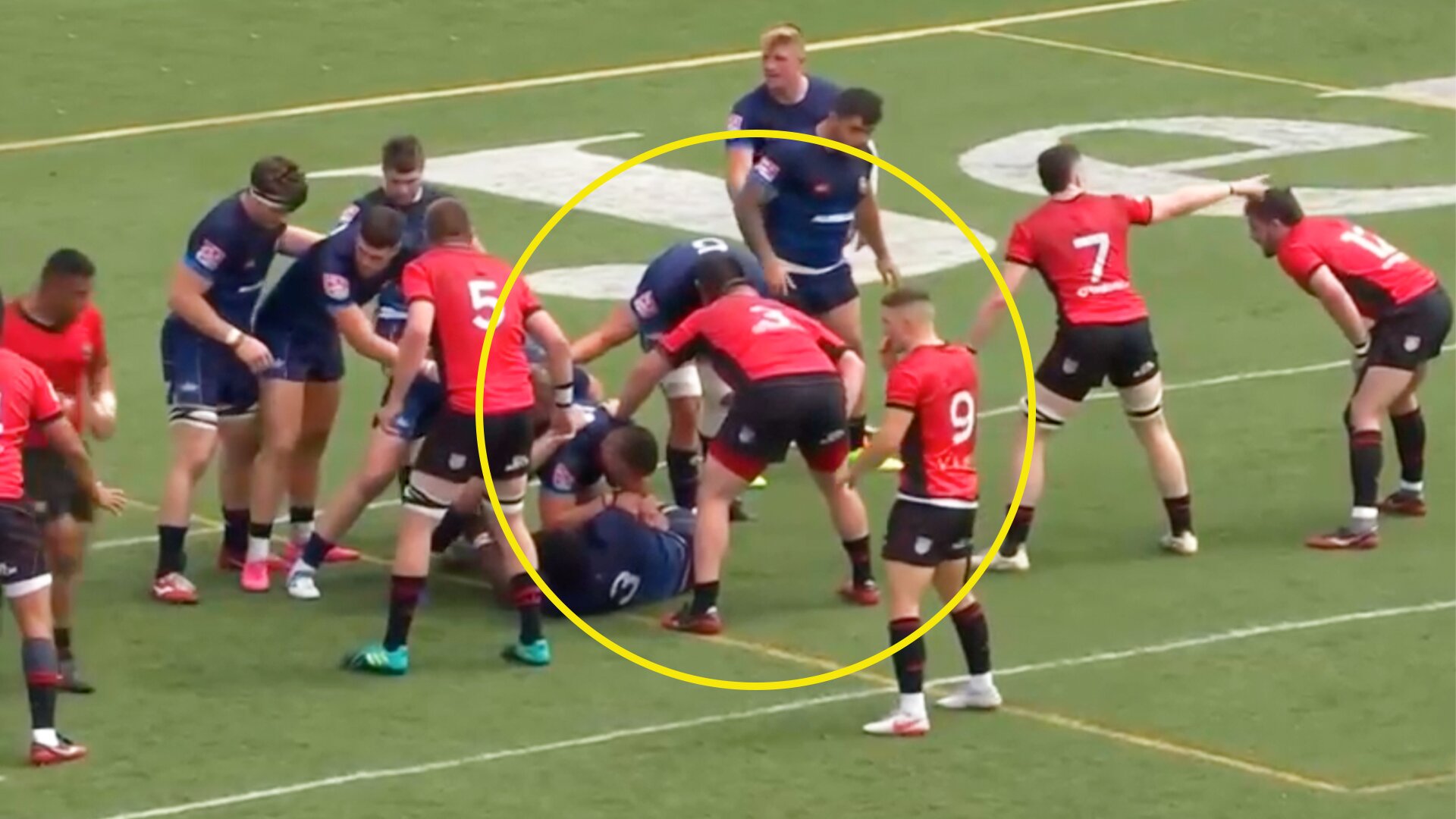 Major League Rugby has thrown up its fair share of crazy moments in 2021 but this one surely takes the biscuit.

Last weekend, Rugby United New York hosted Utah Warriors Rugby in a crunch clash in the race to the play-offs with the Irish-American star, Paul Mullen, in the Warriors ranks.

Filmed on The Rugby Network – fans were stunned at the apparent moment of madness from the 29-year-old prop.

We see as New York look to clear their lines under fierce pressure from their opponents.

In the centre of the shot is Paul Mullen as he hangs on the edge of the ruck.

What follows is a moment that was so bizarre, that  players from both sides failed to react – it was that unexpected.

Watch the Major League Rugby moment of madness in the video below.

Utah Warriors with one of the most bizarre yellow cards I’ve seen 😳 pic.twitter.com/CSaU236JuQ

What caused Mullen to react like this – was it a Zidane 2006 World Cup final moment?

Either way – it was some slap. It’s some testament to the New York lock that he managed to stay on his feet after the blow.