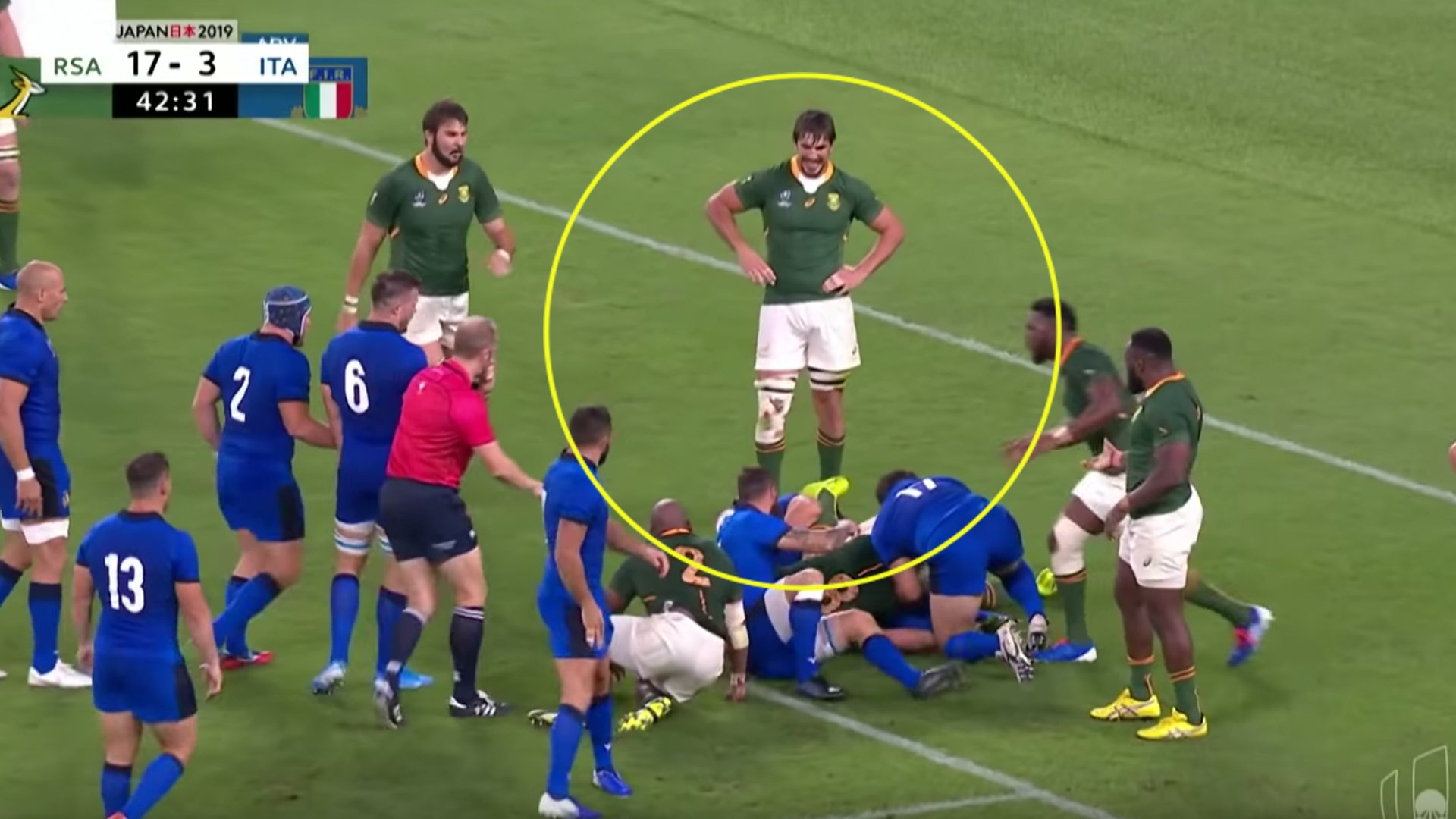 South Africa dispatched of Italy with ease today as they ran out 49-3 victors. The men in green and gold ran in seven tries with a victory that will please many of their fans. The game will be remembered, however, for a nasty spear tackle which saw Italian prop Andrea Lovotti sent off. The big shock in this video was the reaction of Springbok enforcer Eben Etzebeth.

Many would have expected Etzebeth to be involved straight after he saw his teammate Duane Vermeulen get spear tackled, however his reaction was quite the opposite.

South Africa ran riot against 14-man Italy to secure a 49-3 victory in their World Cup Pool B encounter in Shizuoka.

The impressive Cheslin Kolbe scored twice while Bongi Mbonambi, Lukhanyo Am, Makazole Mapimpi, RG Snyman and Malcolm Marx also got on the scoresheet in a comprehensive victory.

Italy spent the majority of the second half with 14 players after loosehead Andrea Lovotti was sent off for a dangerous challenge on Duane Vermeulen.

News recently broke that Eben Etzebeth the South African Human Rights commission was to take action against Etzebeth, who was involved in an incident in Cape Town where a gun was brandished.

The incident took place outside a pub in Cape Town and it has been said that a homeless man was involved.

Etzebeth still played today against Italy despite the allegations that have been made against him.

Here he can be seen celebrating with Cheslin Kolbe. We were very surprised bt the reaction of Etzebeth when one of his teammates was spear tackled right in front of his eyes. This is a man, let’s remember, who absolutely savaged Israel Folau for pulling the hair of his teammate Dillyn Leyds in 2016.

We think that deep down, he wanted to go in, full-throttle into Italian prop Lovotti for doing this, but he knew that would not look good at all given recent scenarios.

Are we wrong in thinking this?

Here is a clip of the spear tackle, keep an eye on Etzebeth, don’t you think this is very unlike him?