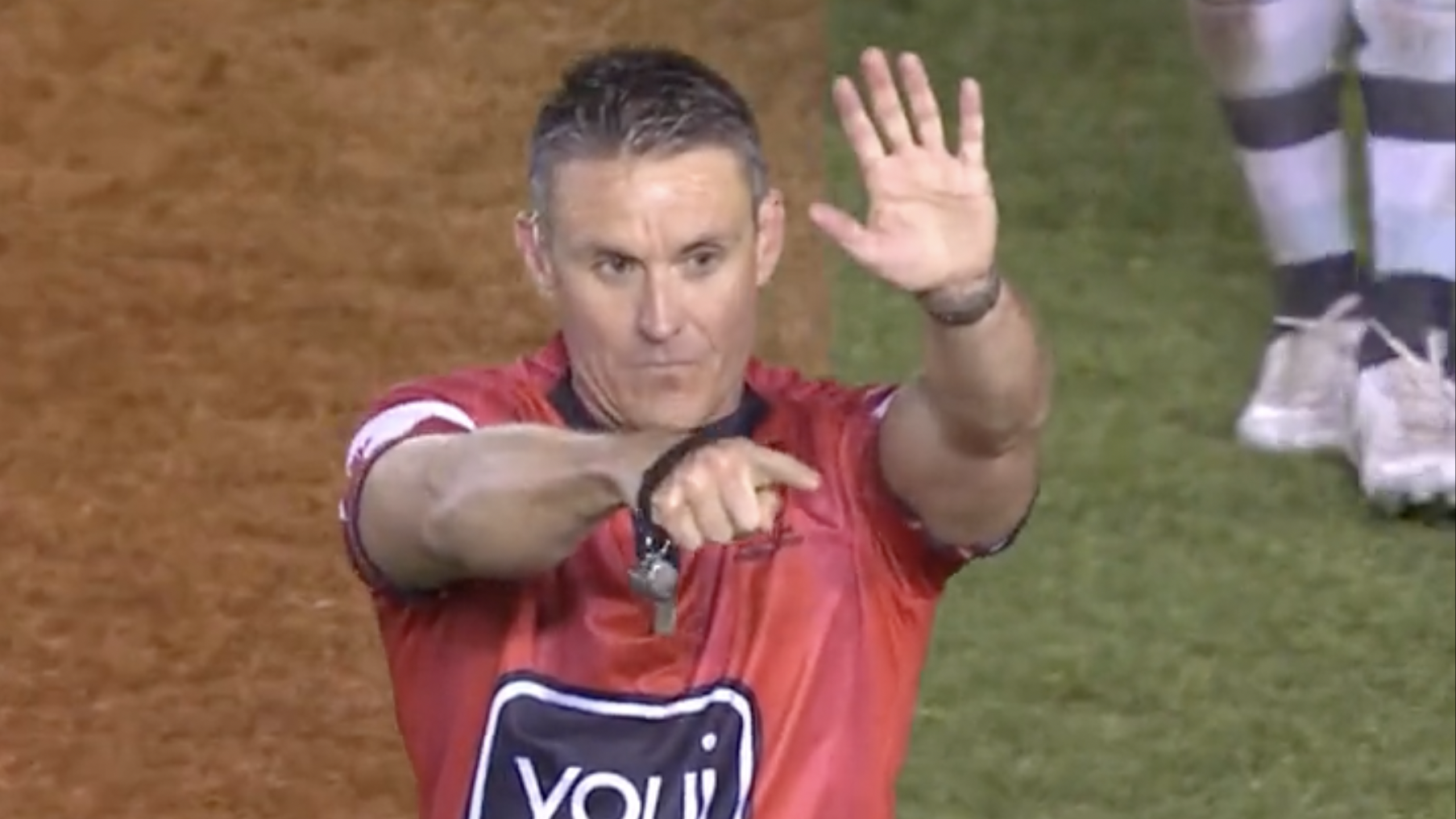 Dylan Hartley taught the majority of the rugby world in 2013 that accusing a referee of being a cheat does not end well.

The former England and Northampton Saints captain muttered something under his breath at referee Wayne Barnes in the Premiership final nine years ago, and the rest is history. He was red carded and handed a lengthy ban, which meant he missed the British & Irish Lions tour to Australia.

“I felt like a pariah and I cemented a reputation that I am resigned to never losing,” he has said when look back on the incident.

“I do not think anything worse can happen to me in rugby.”

That is a cautionary tale to make any player think twice about directing any abuse at a referee in a match, particularly accusing them of being a cheat. However, it looks as though this lesson has not worked its way into rugby league, as Melbourne Storm hooker Brandon Smith was caught calling the referee a “cheating b*****d” in a clash with the Cronulla Sharks in the NRL yesterday.

This was slightly different to the Hartley incident, as this was not a case of him muttering under his breath, rather he shouted at referee Adam Gee from ten metres away. Gee had no hesitation in sending Smith to the sin bin straight away, compounding Melbourne’s misery as they were already trailing 20-0 at that point.