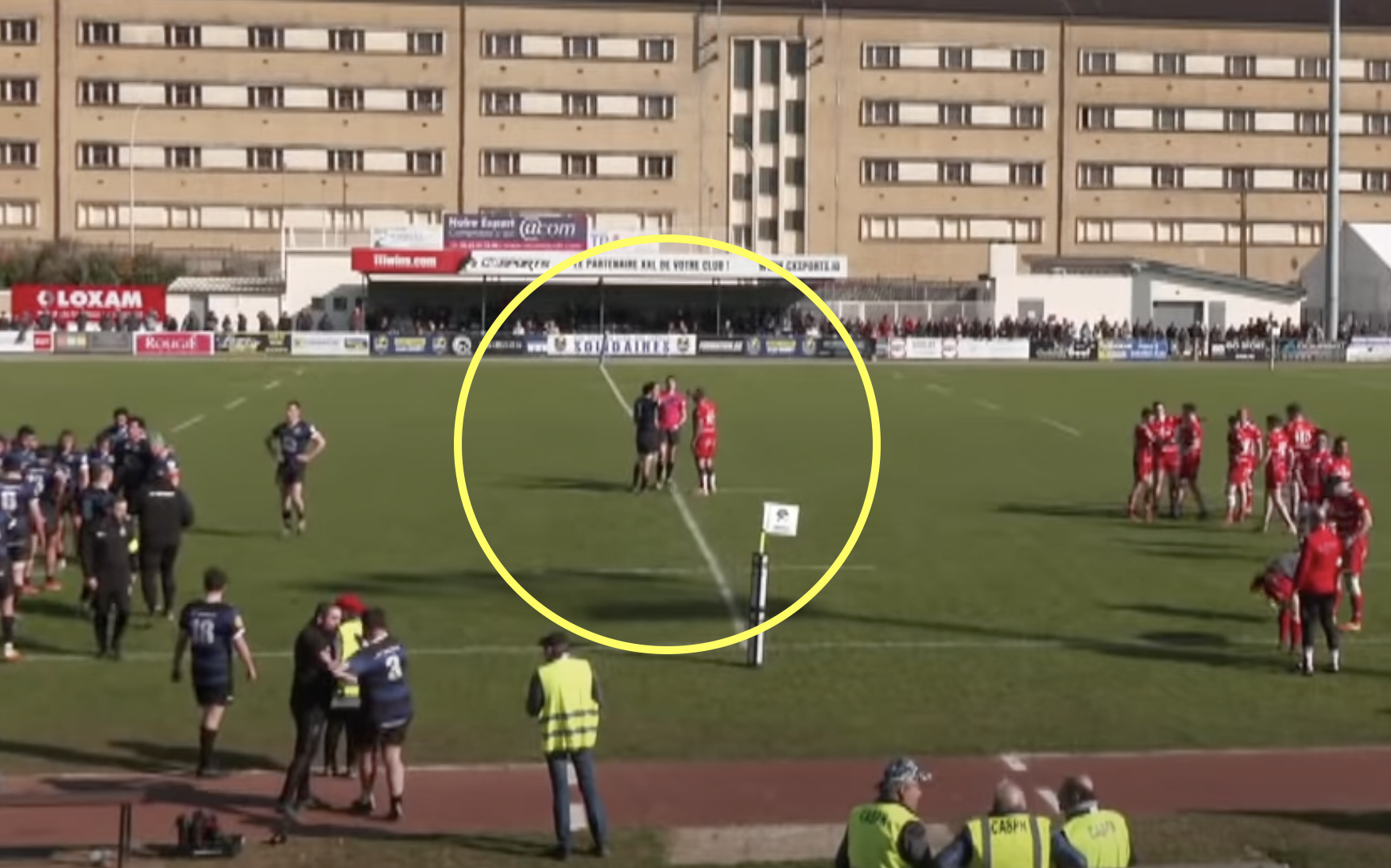 One of the worst acts of violence ever recorded on a rugby pitch took place recently in France’s Federal B in a local derby between Sarlat Rugby and Belves.

French derbies are always known to be feisty affairs, but this is a completely different level. It occurred in the closing stages of the match when the referee took both captains to the side to talk to them after a brawl had erupted. However, this was only the beginning.

Whilst talking in the middle of the pitch, the Belves captain threw an unprovoked punch as his counterpart, flooring him, before raining down more punches while his opponent lay on the floor. A second brawl understandably erupted after that.

This video has gone viral online, with some questioning what the referee was doing by standing back. Then again, this is not a rugby incident, this is assault, so the referee can hardly be blamed for not wanting to get involved.

Former Ireland flanker Stephen Ferris commented on the video, saying: “6 months in jail for that.”

Here are some other comments:

“The ref doesn’t even flinch. Like this sort of thing is as common as a forward pass.”

“Prison time and banned from the game for life.”

“Whenever I see these massive, out of control rugby brawls I always assume that it is in France and I am very rarely wrong. What is happening down there??”

“I hope the police are involved in this.”

“Who turns up to play for that? Lots will glorify it but the game is hard enough and this just cements a stereotype and slowly kills the game.”

“Never mind ban from the game? That’s criminal assault and should be dealt with by the police. Hope he never plays again when he’s released from jail.”

6 months in jail for that