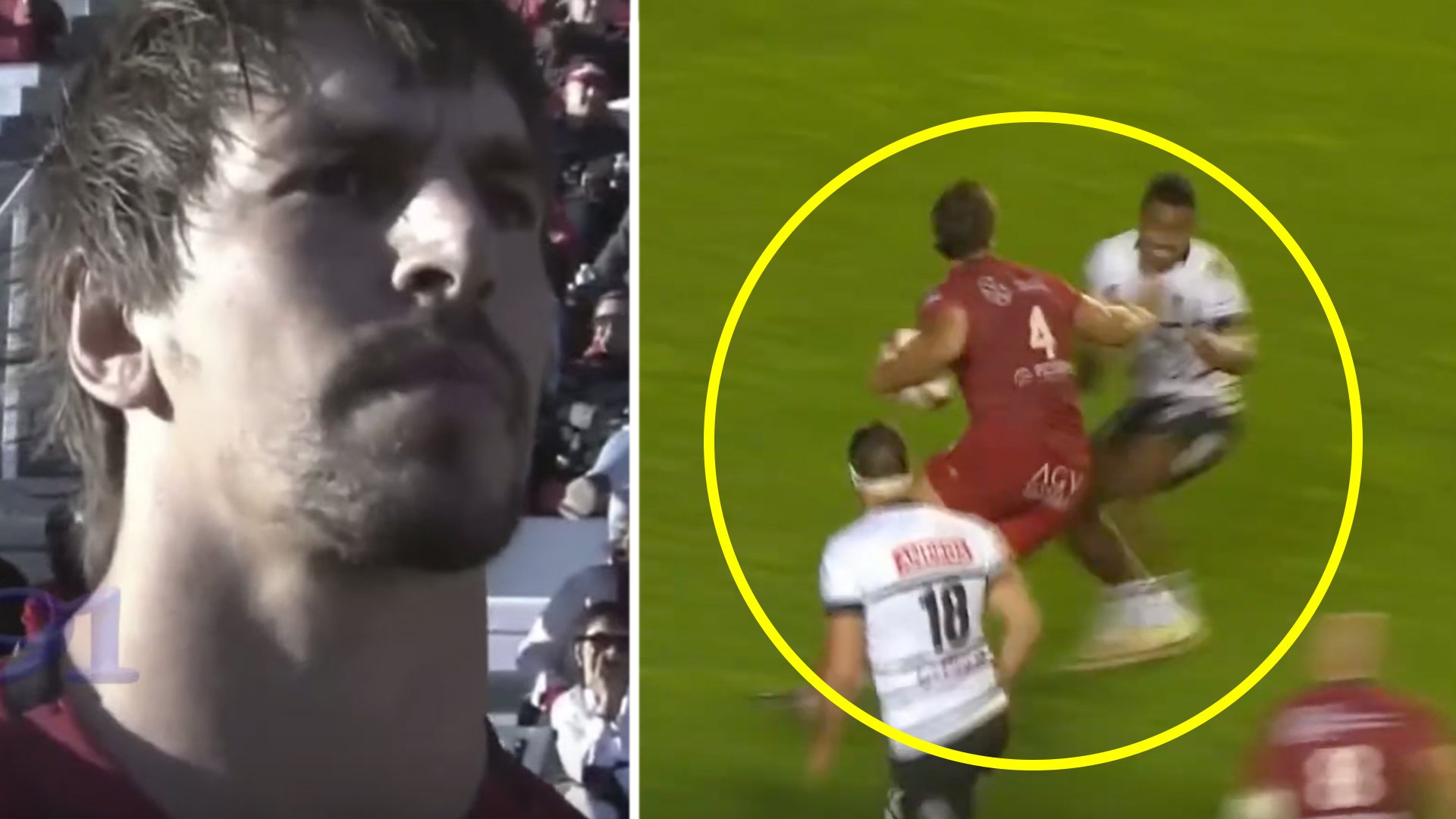 Eben Eztzebeth yet again displayed his ridiculous power in the Top 14 today with a dominant try for Toulon. Eben Etzebeth is unstoppable!

Toulon are loving having Etzebeth in the team and his power was on show again as he scored from close for his team.

The run by the Springbok was a classic run. Belleau, the 10 for Toulon made the space for him in the midfield and the rest is just pure power. You can see how much the Brive players are struggling to contain him as he powers up the middle of the pitch for the men in red!

The video of his try emerged today and the man simply can’t be stopped, this was very impressive to see!

Etzebeth is reaching peak form now for his team!