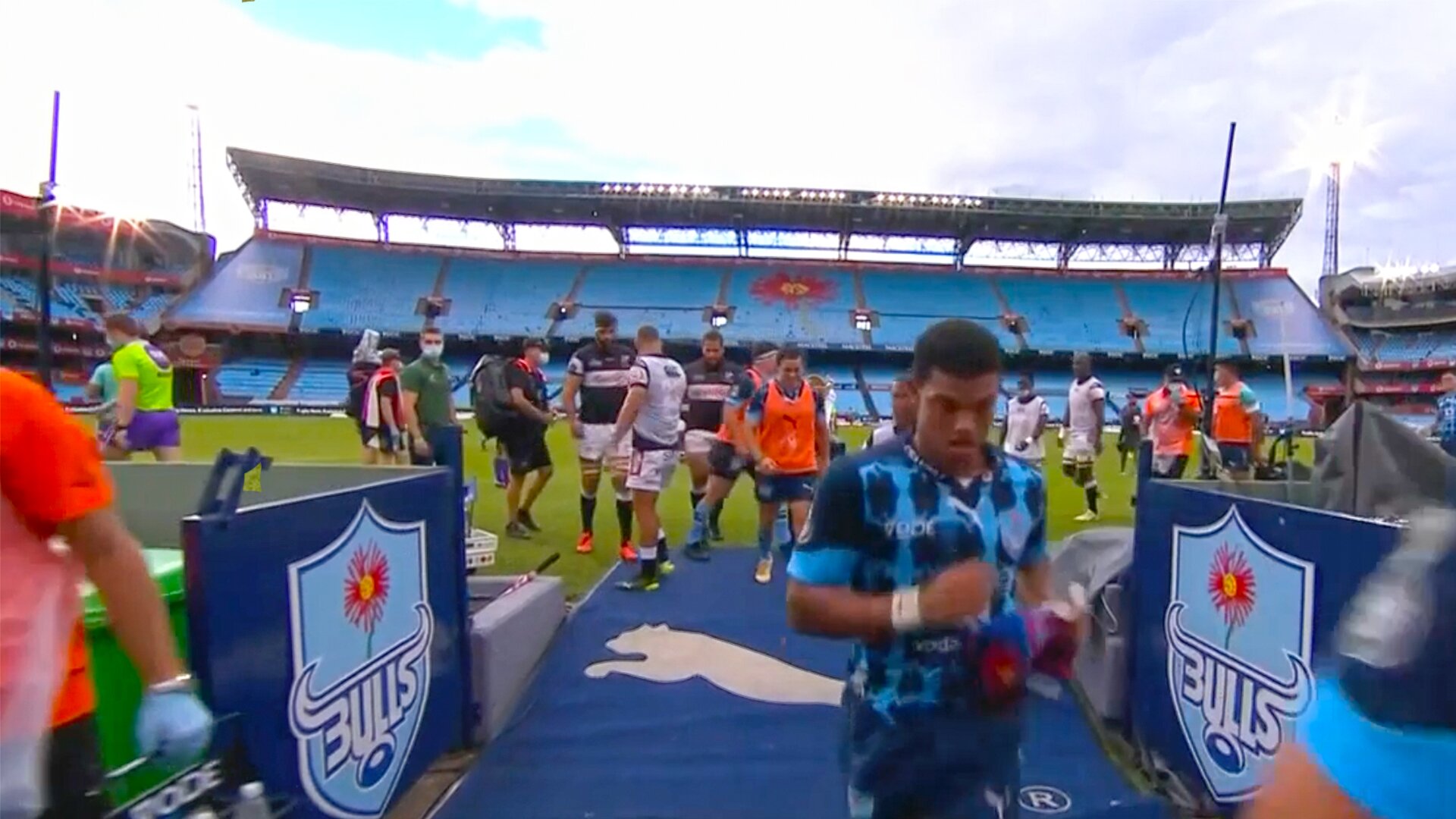 There were dramatic scenes in South Africa today after play was suspended in the final of the Currie Cup between the Bulls and the Sharks.

The game stood at 6-3 to the Bulls after 24 minutes with Morne Steyn slotting a kick through the posts just before game was suspended.

Fans on social media were confused at first to what had happened before an incident had been declared.

We see as on 23 minutes, veteran Springbok Morne Steyn lines up to take a kick for the Bulls which would take them into a 6-3 lead over their counterparts.

He nails the kick as it sails through he posts only for the referee to pip his whistle hurriedly before addressing the captains on either team.

Watch the moment that the game was suspended in the video below.

We see as the referee, Jaco Peyper, calls play to a halt and calls out to both the captains to remove their players from the field.

Here was some of the reaction from fans on social media after the game’s suspension.

With sevber storm clouds approaching Loftus, it didn’t look like the game would be back on for quite some time. Here was a picture posted by SA Rugby Magazine that showed the severe extent of the weather conditions.

Things not looking too promising at Loftus!