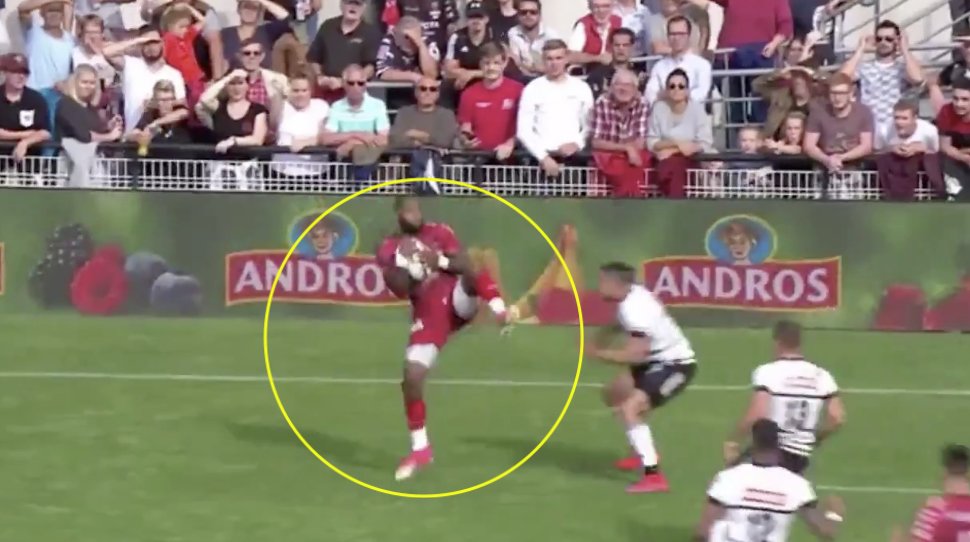 We would forgive anything for not watching the Top 14 this weekend. With Japan dusting up Ireland and all the rugby that went on, we’re sure that a lot of people would have missed this try that was simply on another level.

We’re not in any way exaggerating when we say that this is probably the best try of the decade. It was fantastic, we don’t think you’ll see a better score than that this side of 2010.

Toulon were throwing out some serious hands with this score, and the final pass before it ends had us shivering in our seat. To throw that behind your back after that play is simply outrageous.

How good though, absolutely outrageous.

“When it comes to our preparation, it should never be about who we are playing, but how we are preparing individually and as a team, both mentally and physically. By doing this, it means you always respect your opponent and the jersey.”
The starting front row for the Test against Canada is made up of props Atu Moli and Angus Ta’avao and hooker Liam Coltman, with support coming off the bench from Ofa Tuungafasi and Nepo Laulala and hooker Codie Taylor. Patrick Tuipulotu and Scott Barrett are the starting locks with impact off the bench in the form of Samuel Whitelock. In the loose forwards, Shannon Frizell is at number six, Matt Todd is in the seven jersey and Kieran Read will again captain the side from number eight. Ardie Savea provides loose forward cover from the bench.

In the backline, TJ Perenara starts at halfback, with Brad Weber on the bench; Sonny Bill Williams and Jack Goodhue will combine in the midfield, with Ryan Crotty providing midfield cover; while the back three sees Rieko Ioane in the 11 jersey, Jordie Barrett in 14 and Beauden Barrett again at the back in the 15 jersey. Ben Smith is outside back cover.

Hansen added: “We are looking forward to the contest with Canada. We know they’re a proud nation who are led by Tyler Ardron, a player who we respect and know very well from his time in New Zealand with the Chiefs. We are sure his attitude of not taking a backward step will be reflected throughout the whole team. That means we need to impose ourselves on the game from the very start.” Top 14 Top 14 Top 14

The All Blacks have spent a week in the southern city of Beppu preparing for the Canada Test.

“Our move away from Tokyo to Beppu has allowed us to refresh mentally as well as putting in some hard work on the training pitch. The whole community has been incredibly welcoming and we’ve really enjoyed being here,” Hansen said.