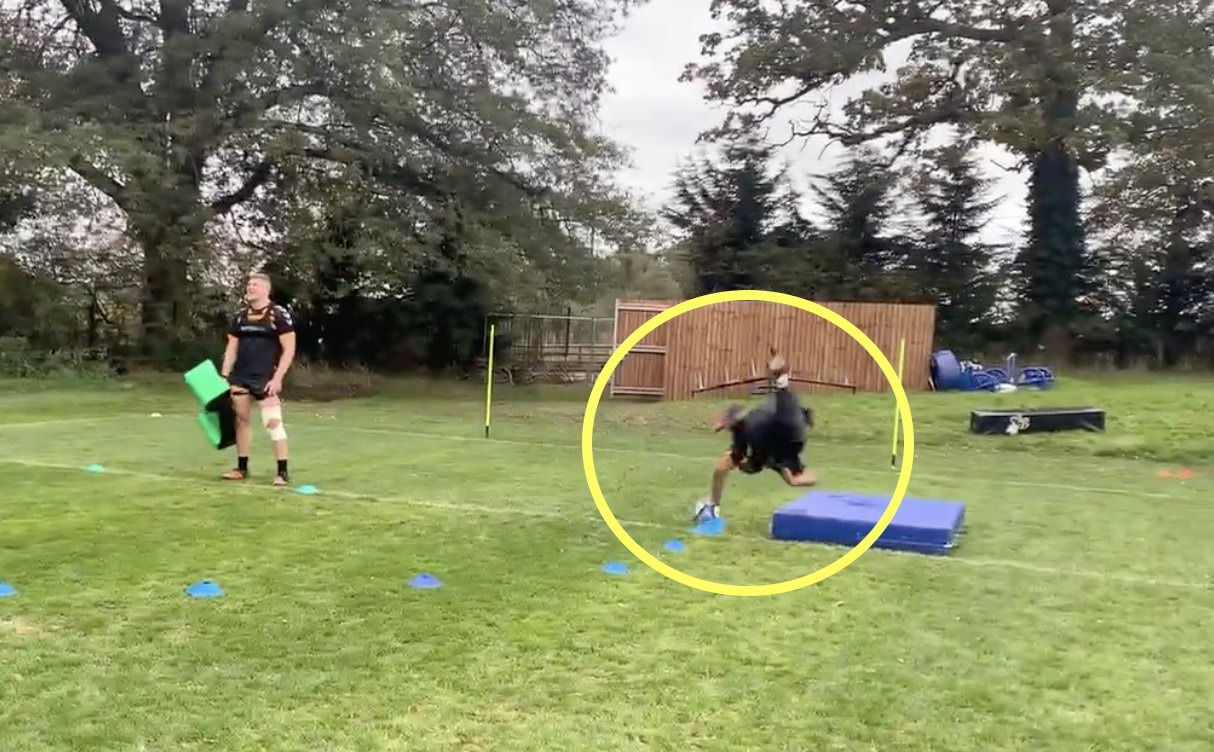 Wasps’ injury list this season is enough to slay any team in the Gallagher Premiership, but some promising signs have emerged over the last few days.

Some of the biggest names at the Coventry Building Society Arena have been missing so far this season, in a list that includes Jack Willis and Joe Launchbury, both of which have been out with ACL injuries. Another player who has suffered the same fate is winger Paolo Odogwu, who was struck by the injury in late May this year while playing against Northampton Saints.

But some videos shared this week by Wasps’ physical performance coach Cormac Ryan have shown the winger is progressing nicely in his rehabilitation. The video shows Odogwu running, stepping and changing angle with a ball in hand before somersaulting to score a try. Launchbury and Willis are also seen in the video, both of whom picked up their injuries slightly before Odogwu- the lock in April and the flanker in February while playing for England.

Odogwu’s injury came at a crushing time, as he was making such sharp progress last season. He was part of Eddie Jones’ England squad for the Guinness Six Nations, although he did not play, but it was nothing short of a certainty that he was going to earn his first cap over the summer with some back three players being selected for the British & Irish Lions and others being rested for the matches against the USA and Canada. There is of course no convenient time to get an ACL injury, but this was terrible timing for the 24-year-old nevertheless.

It may still be a while before these stars are back on the pitch again, but these are promising signs. In the meantime, Wasps are sat in 10th place in the league with a game in hand over the two teams above them.