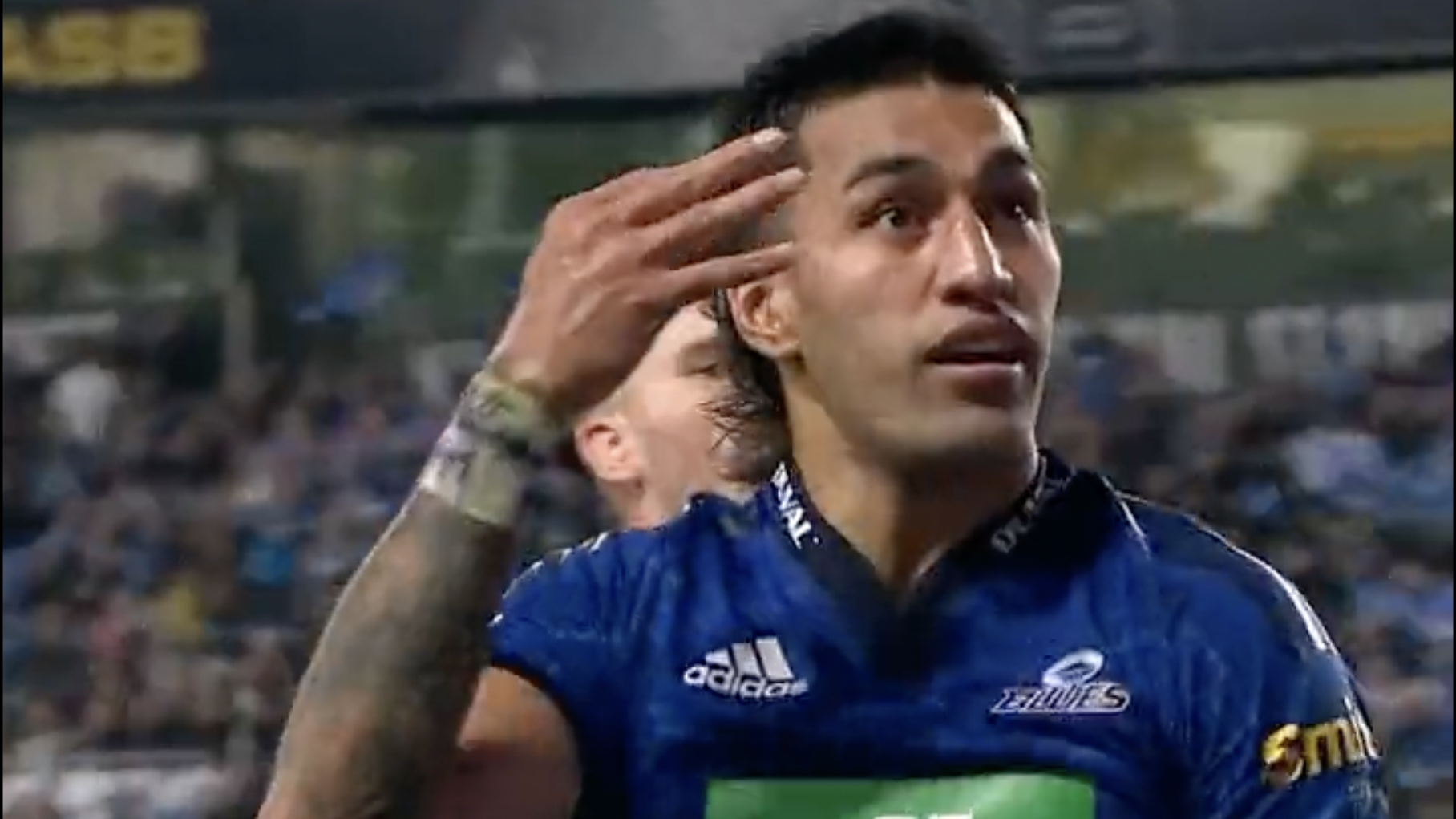 Proof Rieko Ioane is undoubtedly the fastest player in the world

Anyone that doubts All Blacks centre Rieko Ioane is the fastest player in the world should look at his performance against the Rebels on Friday at Eden Park.

The 25-year-old bagged a hat trick in his side’s 71-28 win, with the third try showing what wheels he has after cutting through the middle of the defence and running over without anyone coming near to him.

His hat trick try against the Rebels was not too dissimilar to the one he scored against France at the Stade de France in November, particularly how it is almost impossible to catch him once he has broken the line. This was the try against France:

How good was this yesterday?! @rieko_ioane hitting top speed 💨💨💨

This was his hat trick try against the Rebels, having already shown immense pace earlier in the match to set up a try for Mark Telea:

Blues head coach Leon MacDonald before the match: “We will definitely take the two wins, and there were aspects of both games that were really good. But we need a consistent 80-minute performance. We need to be more accurate, more disciplined and more patient.

“We were never under any illusion about the capability of the Australian teams and they have shown that they are very competitive. The Rebels are no different and we will need to execute with more precision if we want to earn a positive outcome.

“The team is excited to be back home for this game and looking to produce a display that our fans can be proud of, and we hope they will make it a sea of blue at Eden Park.”